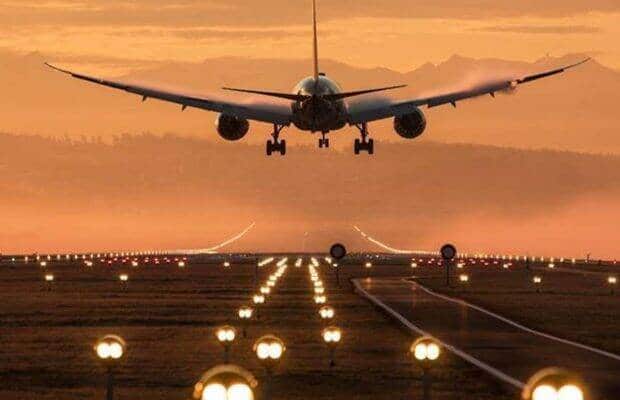 The revised travel guidelines, however, come as several other countries are reimposing travel restrictions in view of the newly discovered and possibly vaccine-resistant Covid-19 variant — B.1.1529, as per LocalCircles.

As much as 64 per cent of respondents in a survey conducted over the government’s decision to allow scheduled international operations to and from India from December 15 want the Modi dispensation to reconsider it in the wake of a new Covid variant.

Conducted immediately after the government announced the resumption of scheduled international flight services, which remain suspended since March 2020 due to the pandemic, the survey carried out by the online platform LocalCircles, also revealed that some 72 per cent of Indians want the government to implement mandatory RT-PCR test for Covid at boarding as well for international travellers coming from countries with high TPR.

The government on Friday announced revising travel guidelines for international travellers. As per the latest notification issued by the Ministry of Civil Aviation, scheduled commercial international passenger services to and from India will resume from 15th December 2021 barring 14 countries classified as “at risk”.

The Ministry of Health and Family Welfare (MoHFW) has categorised these international countries into three categories—”not at risk”, “at risk”, and air bubble, with separate restrictions and bubble flight arrangements, will continue as is with some capacity changes.

The revised travel guidelines, however, come as several other countries are reimposing travel restrictions in view of the newly discovered and possibly vaccine-resistant Covid-19 variant — B.1.1529, as per LocalCircles.

WHO designated this variant as a “variant of concern” and named it “Omicron” within an unusually short window of 48 hours after several scientists and epidemiologists around the world raised the red flag.

Data suggests that the variant has 32 mutations and a 500 per cent advantage over the base or alpha variant of COVID, according to the LocalCircles.
Taking cognisance of the revised guidelines for International, LocalCircles decided to conduct a survey to understand the pulse of citizens on restarting international flights from December 15, 2021, and to understand what should be the approach for international travellers coming from these countries, it said.
The survey received over 16,000 responses from citizens resident over 309 districts of the country.

The first question asked citizens if the Government of India needs to reconsider starting international flights from Dec 15.

In response, 64 per cent of citizens said “Yes, better to be safe than sorry, ” while 25 per cent of citizens said that it is important to restart international flights and 11 per cent couldn’t say anything, according to LocalCircles. ` The government had exempted travellers from 99 countries from mandatory quarantine requirements and instituted a mandatory RT-PCR test at arrival. Recently, a stringent screening and tracking requirement has been put in place for countries classified at risk by India which includes South Africa, Hong Kong and several others, LocalCircles said.

The question in the survey asked citizens, “Given the new variant B.1.1.529 and a recent major increase in Covid cases in many countries around the world, what should be India’s approach towards travellers from these countries?” In response, 51 per cent of citizens said, “Continue with current rules and permit them without quarantine but require an RT-PCR test within 24 hours before boarding and upon arrival,” it said.

On an aggregate basis, 72 per cent of respondents want the government to implement mandatory RT-PCR testing at boarding and arrival for international travellers coming from countries with high COVID test positivity rates, it stated.