Life behind bars piques your interest? Visit to a jail could be your next travel hotspot 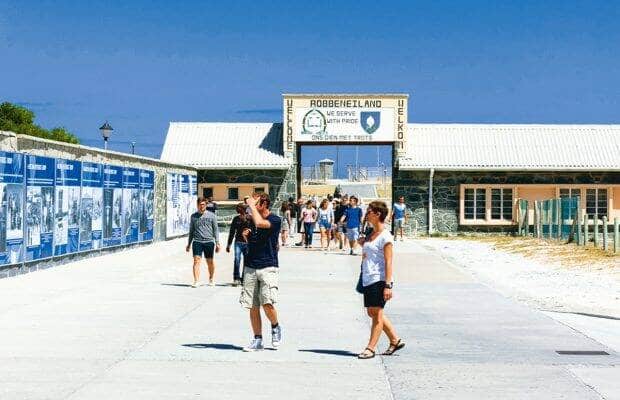 India is often overwhelming for many first-time travellers.

If you thought leisure sojourns are just about beaches, hills, forests and monuments, then a trip to a prison could set the tone for your next destination. A sobering glimpse of the gallows where death row prisoners were hanged, what do inmates eat, or where did freedom fighters or politicians like Nelson Mandela, Mahatma Gandhi spent their time, Nirbhaya’s rapist committed suicide or was he murdered. If life behind bars piques your interest then a visit to a jail could be your next travel hotspot.

From tours of Alcatraz in San Francisco known for the federal prison to the notorious Hoa Lo prison in Hanoi that is now a museum, and was used by the French colonists in French Indochina for political prisoners, prisons are major tourists’ attractions worldwide for many reasons.

Defunct prisons were converted into luxury hotels, a women’s prison in Colombia has a restaurant run by inmates, and a Singapore prison hosts an annual charitable run. Robben Island, South Africa – home to the infamous prison where Nelson Mandela spent 18 years, along with over 3,000 political prisoners during their fight to end Apartheid— is a national and UNESCO World Heritage site offshore from Cape Town. Today, it is one of South Africa’s most visited sites. Tihar jail in Delhi had a café run by several inmates, who had undergone hotel management training.

Some prisons have been transformed to rooms in the form of cells where one can spend a day or two to experience the life of a prisoner. Sleep in a bunk at the HI-Ottawa in the old Carleton County Jail, in Ontario, Canada – a hostel operated by Hostelling International (HI) where one can rest and take guided tours around the building, which is dubbed as one of the most haunted places in North America.

San Pedro Prison is one of the biggest in Bolivia and the common destination for people convicted of breaking the country’s laws. It was taking backpackers for prison tours. As per a Reuters report, Thailand has planned to convert about half of its jails into major tourist attractions and host sporting events, art exhibitions, cooking contests and souvenirs made by inmates to recover from an economic slump amid pandemic. This would bring much-needed visitors, and prepare inmates for a normal life in society. Thailand has the largest prison population in Southeast Asia, and inmates have limited access to medical facilities, food, water and sanitation, according to a 2017 report by the International Federation for Human Rights.

India is often overwhelming for many first-time travellers. Hence, it becomes imperative to distinguish the offerings in detailed thematic schemes. Destination specific themes in tourism have gone a notch high as jails are seen alongside a tourist spot. A general curiosity among people which can be tapped for promoting such kind of tourism is that it has a certain novelty factor and due to this there’s a sense of mysteriousness and secrecy regarding functioning of a jail, says Ravideep Singh Chahar, inspector general – prisons, director, local administration, ports and officer on special duty, state election commission, Govt of Puducherry.

“Such tours can be part of the reform process for inmates and create awareness for tourists who visit jail for the first time. These tours serve as an interesting educational tool especially for school and college going children. Any tourism destination needs to constantly develop new tourist attractions to keep the interests of tourists alive. A sense of monotony sets in if no new attraction is added. Although jail is not strictly speaking a tourism attraction, it definitely has potential to attract tourists,” says Chahar.

In Puducherry, none of the cities in the vicinity have jail visits open for tourists as yet. “Since Puducherry attracts a good number of tourists every year, this can be another USP besides Ashram and Auroville,” he says, adding that plans are in place to introduce tours in Puducherry Central Prison in the next few months. “We will have to assess various factors such as health (due to Covid-19) and security protocols. The idea is in the nascent stage, the go-ahead will also need necessary approvals from the government,” he says.

Another great example is the Cellular Jail in Port Blair, Andaman & Nicobar Islands, a prison where Indians fighting for freedom from the British were exiled and incarcerated under very inhuman conditions. Freedom fighters like Veer Savarkar, BK Dutt, Fazl-E-Haq Khairabadi, Barindra Kumar Ghose, Sushil Dasgupta, Subhash Chandra Bose are names associated with the national memorial. Infamous as ‘Kala Paani’, it’s a popular tourist destination because of the rich cultural heritage and scenic-secluded beauty. Thus, making the Andamans famous because of the Cellular jail.

“The mystery around the island also gets amplified due to the Cellular Jail and the myriads of stories surrounding it. The Jail sends out a moving patriotic message that connects with both Indian citizens and the global audience who seek to understand the impact of subjugation. It has heart wrenching accounts of our revolutionaries and martyrs, making the Andaman a tourist destination,” says Delhi-based Sachin Bansal, founder & chief explorer of India City Walks, who focusses on delivering thematic and interactive city discoveries appropriated by stories.

Researchers, enthusiasts and travellers look for subject matter experts under this genre of tourism along with an understanding of the socio-environmental-cultural-architectural themes which become available for a holistic exploration. “We need extensive interventions to make jail tourism a success in India. Locations like Cellular Jail, Yerawada Jail, Tihar Jail as tourist destinations could be brought under relevance if they are combined with the destination’s primary offerings. By imparting training and awareness around experiential delivery to locals, one could create opportunities, locate unique stories and the visitors have to be aware to maintain ‘place sense’ attitude,” says Bansal.

Fort Aguada Jail in Goa attracts a good number of footfalls. The iconic seaside Portuguese-era structure is under renovation under the Centre’s ‘Swadesh Darshan Scheme’ and is being developed as a tourist spot to be completed soon. A museum at the jail with exhibition and performance space and a café is in the offing. Earlier this year, the Prison Department of Maharashtra launched its jail tourism initiative starting with the more than 150-year-old Yerawada Central Prison (YCP) in Pune in the first phase, extending to other prisons like Nagpur, Nashik, Thane, Ratnagiri, among others. YCP has two historic groups of cells, named after Gandhi and Tilak as part of tours.

The sheer idea of visiting a jail is surrounded by negativity – in thought and action— but tourism of such kind can change the thought process. “All things negative associated with jail can be easily converted to a positive mindset. Like a jail exhibition that throws light on the inside proceedings, loopholes, process lapses or a detailed discussion on the technicalities of a hanging, watching the real prison cells – all these can be visually appealing at the same time intriguing for a visitor,” says author Sunil Gupta, former legal advisor of Tihar Jail, who spent close to four decades at Tihar Jail, Delhi. Gupta has co-authored a book called Black Warrant: Confessions of a Tihar Jailer. The 2019 non-fiction book traces some of the infamous criminals who served their time in the jail – Afzal Guru, meetings in Tihar with Charles Sobhraj, Manu Sharma, Subrata Ray, Satwant and Kehar Singh.

Education is now compulsory for all inmates across jails besides vocational training in computers, carpentry, tailoring, soap-making, footwear, farming, etc. “Jail inmates manufacture a variety of products available for sale. This helps to quite an extent in building positivity and propagating the activities done in the complex whether to reform and rehabilitate them, assuring them a status and independence. It is employment for job seekers and a positive feeling for the visitor — a win-win situation for all,” says Gupta.

What is eccentric about these jail visits is the fact that many superstitions have made it a popular destination among local people. Like in Delhi’s Tihar jail if you take a piece of wood from the plank where convicts are hanged, it is believed to possess the power to fight evil spirits. “People say if you tie a piece around your neck, you can beat black magic,” shares Gupta, “or if you eat jail ka khana served in jail once, then would never go to jail. Food served has rotis, lentils and, during festivals, an occasional sweet but a common belief, as told by the astrologers, that there is no possibility of their getting jailed unless they seek out and eat the jail food,” he says.

Jails reminds of the times living in captivity during lockdown when the best of worldly facilities around us were trapped, uneasy and stressed. “In an otherwise restricted environment, inmates find freedom to explore their creativity and use imagination. This is one way of giving them the opportunities they never had. The role of correction facilities is vital in transforming the lives of inmates,” says Yogesh Chaudhary, director, Jaipur Rugs, who has designed the Freedom Manchaha collection, early this year, a collaborative project with the State of Rajasthan Prison Department. The limited-edition rugs are hand-knotted by prisoners in the Jaipur, Bikaner Central, and Dausa Central jails as part of the prison department’s training.