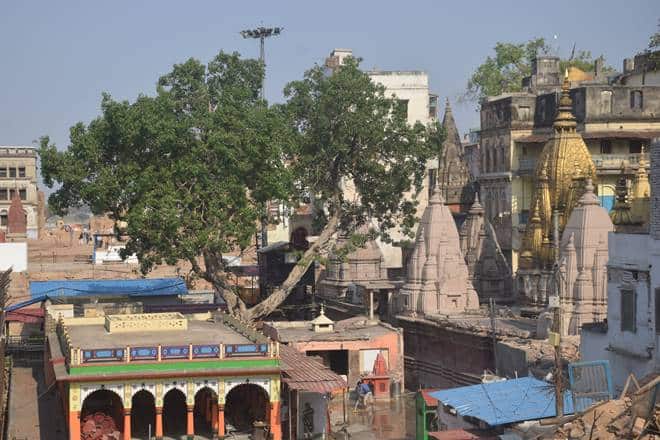 Kashi Vishwanath corridor: Situated on the banks of holy river Ganga, Varanasi or Kashi is one of the oldest living cities in the world.

Kashi Vishwanath Corridor: PM Narendra Modi’s flagship project for his parliamentary constituency Varanasi is moving towards the business end of things. After approving the second phase of the Detailed Project Report or DPR, authorities are now releasing Global Tender for the construction work on Dhanteras. Talking to the Financial Express Online, Varanasi Development Authority’s Secretary and Kashi Vishwanath Corridor Project’s CEO Vishal Singh said, “On Dhanteras, PWD will be floating a global tender online. Global organisations eligible for the work can bid for this. Since the cost of the project is over Rs 100 crore, minimum of 30 days time will be given for global organisations to bid.” With this, work on Kashi Vishwanath corridor is expected move in fast lane. On media reports regarding the acquisition of Gaura Bhawan near Kashi Vishwanath temple, CEO Vishal Singh said, “We do not intend to disrupt any existing tradition. Chal Murtis (movable idols) from the Bhawan will be given proper and respectful place inside the temple complex and from there all the traditions can go on like they happen now. We are honoring everything which is in practice historically.”

Situated on the banks of holy river Ganga, Varanasi or Kashi is one of the oldest living cites in the world. Varanasi has a special place in Hindu religious beliefs as it is the location of one of the 12 jyotirlingas and one of the seven puris (saptpuris or seven holy cities). Millions of pilgrims and tourists from across the globe visit the city also famous for its narrow lanes and over 80 ghats (river banks). Kashi Vishwanath Jyotirlinga temple is the prime attraction of the town. It was renovated by Indore’s Holkar queen Rani Ahilyabai in 1780. India’s first governor general Warren Hastings ordered the installation of Naubat Khana at the temple entrance.

Sikh king Maharaja Ranjeet Singh further added gold plating to the temple’s shikhara in 1839. On January 28, 1983 the Uttar Pradesh government took over the administration of the temple and set up a trust committee to look after it. Prime Minister Narendra Modi, who is also the member of parliament from Varanasi inaugurated Kashi Vishwanath Corridor project on March 8, 2019.

In the first phase of the Kashi Vishwanath Corridor Project temple complex will be re-developed and in the second phase, Ghats on the bank of Ganga River will be upgraded. In the third phase, connecting areas including areas between Nepali Temple and Lalita Ghat, Jalasen Ghat, Manikarnika Ghat and the front of Scindhia Ghat will get developed. With the up-gradation of this one-kilometer-long area, pilgrims and tourists will be able to easily move from Ghats to the temple. The facilities in the corridor include shops, Ved-Vigyanshala, Community Hall, Souvenir shops, help-desk, offices, control rooms, museum, Yagyashala, and Mumukshu Bhawan, etc.

268 out of the marked 296 buildings in the 50,000 square meter area from the Kashi Vishwanth Temple to Manikarnika Ghat, Jalasen Ghat and back to the temple via Lalita Ghat have been acquired by the authorities. Process of acquiring the remaining is going on. The government has planned to develop and preserve ancient temples emerged during the demolition and area clearing drive.The authorities plan to not move any temple found in the corridor area from its original place and incorporate it in the existing plan only.