The statement says that the RT-PCR negative report shouldn’t be older than 72 hours. 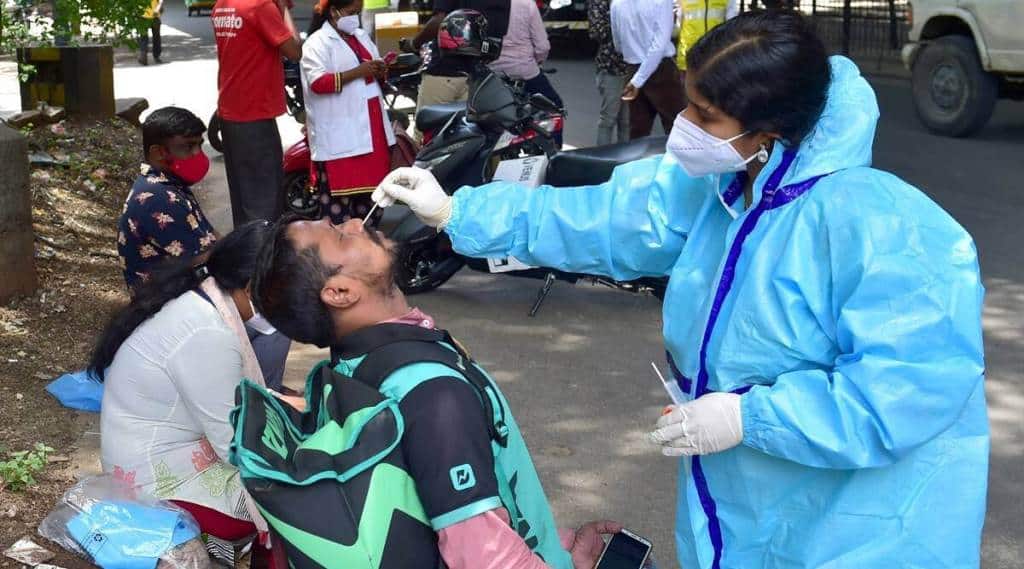 Surrounded by Kerala in the South and Maharashtra in the North, the state government has also decided to take special measures for the districts that share their border with the two worst Covid-19 affected states.

Passengers entering Karnataka from neighbouring state Maharashtra will have to either show RT-PCR negative report or certificate for covid vaccination, stated an official order issued on Tuesday. The move comes at the backdrop of the Delta plus variant which, according to INSACOG (a consortium of laboratories for whole Genome sequencing in the context of Covid-19 ), was detected in certain districts of Maharashtra. This is one of the special surveillance measures taken in the places across the state to curb the spread of virus, said Chief Secretary P Ravikumar. The statement says that the RT-PCR negative report shouldn’t be older than 72 hours. In the case of a vaccination certificate, it should show that at least one dose of vaccine has been administered in a person’s body. The above rule would be applicable to all passengers entering Karnataka travelling by flight, train or any other convenience.

The deputy commissioners of all districts sharing borders with Maharashtra–Kalaburagi, Belagavi, Vijayapura and Bidar have also been asked to deploy adequate staff at check posts to ensure that rules are being followed. Constitutional functionaries, health workers and children below the age of two have been exempted from the rule. Also, at the time of emergency situations like death in the family or any other medical emergencies, passengers will be allowed without any of the formalities except collecting swabs of the travellers for a COVID test. Most appropriate action would be taken depending on the test result as per the protocol, the order clarified.

Chief Minister B S Yediyurappa on Tuesday said that the government is looking forward to reopening of malls in the city with some restrictions. The decision in this regard will be taken soon. Malls association members have met and I will discuss the matter with my cabinet colleagues. No decision regarding the reopening of malls have been made so far. The matter will be further discussed and a decision may also come soon, added Yediyurappa.
The Shopping Centres Association of India members met Yediyurappa earlier in the day and requested him to allow reopening of malls from next week. G M Nandish of Garuda Mall said that we have requested to allow reopening of the mall from 9 am to 9 pm. We have assured that all the precautions and conditions regarding the safety, security of the people will be strictly followed. According to the sources, the requests have also been made to waive the rent or license fees in the government buildings. The CM has asked for some time to discuss the matter with officials, he added.

Also Read
Backpacking hostels are on the rise in India: Here’s how travel has evolved over the years
Guru Nanak Jayanti: Five Gurdwaras in India associated with Guru Nanak Dev to visit on Guru Purab
Best luxury destinations every CEO should visit before the year ends
Now you can take a direct flight to Singapore from Pune; Here’s how

Amid financial constraints due to closure of malls, property tax has not been waived yet. The fixed charges of electricity are being levied, said representatives of malls. We have sought its waiver and financial assistance of any kind. Currently the state has some 84 malls in the state, transacting the business of about Rs 40,000 to 45,000 crore annually. Their continued shutdown will leave lakhs of employees without jobs gradually bringing them onto the streets, representatives said. The management has been paying salaries to employees for now, they added.
BBMP Chief Commissioner Gaurav Gupta is also of the view that malls can be allowed to function with restrictions–like operating with 50 per cent capacity only–can be implemented. Strict vigil has to be maintained at food courts especially.

Karnataka Deputy Chief Minister C N Ashwathnarayan stated on Tuesday that all the students studying in various higher education courses in the state will get inoculated within 10 days. The students of ITI, polytechnic, engineering, medical, paramedical, diploma, medical diploma courses, those registered under the Chief Minister’s skill development scheme will also be included in the same, clarified head of COVID-19 ministerial task force. 94,000 students (pursuing higher education) were inoculated on June 28 (Monday) and authorities concerned have been asked to vaccinate all students under this group in 10 days,” he added. The Deputy Chief Minister also highlighted that 60 lakh vaccine doses were supplied to the state in June and it would increase the supply in the coming months.