Jageshwar Dham in Uttarakhand: An ancient land of temples and gods

The rich ancient history of Uttarakhand was revealed when in a recent survey, temple remains were discovered in Yandhura, in Champawat district. 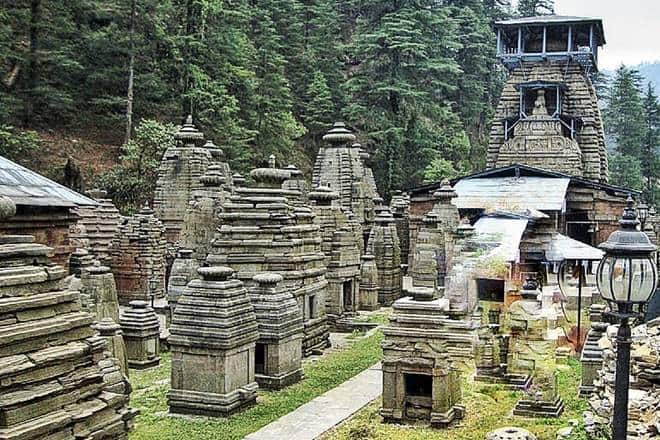 Jageshwara temple is most well-known for its Swayambhu Linga, also known as the Nagesh Darukabane, and is the eighth one among the 12 jyotirlingas spread across India.

Uttarakhand, also known as the Dev Bhumi or the land of gods, has an archaeologically rich history with many ancient to medieval temples still thriving across the state. This Himalayan state had long back developed its own style of art and architecture based on the natural resources readily available from the mountains: wood and stone. Among the temples that are seen here, the most beautiful ones were built mainly during the Katyuri dynasty reign, and these are found mostly in clusters. Uttarakhand saw a frenzied period of temple building activity from 7th century CE onwards, owing to a fervour of religious movement, especially under the Katyuri dynasty.

The rich ancient history of Uttarakhand was revealed when in a recent survey, temple remains were discovered in Yandhura, in Champawat district. Interestingly, a 1st century BCE built red sandstone vedika pillar was found here that had figures of humans, ganas, yaksha, and yakshi engraved on it. Besides this, many large images of yakshas have also been found from various sites in Dwaraghat, Podhar, Baijnath and Dashyu in Uttarakhand. It is believed that these ancient temples, which were made entirely of wood, eventually got destroyed through natural decaying. To avoid this, from the post-Gupta period under the Katyuris, stones were used in constructing temples that were often built over the ruined wooden ones.

Among the more famous temples from the Katyuri era is the Jageshwar Dham, which is at a height of 6,135 feet, and lies around 34 km from Almora. The temple complex is situated in a densely wooded valley on the left bank of the river Jatganga, and is enclosed on all sides by tall deodars, along with a few spattering of village houses and dharamsalas. The temple cluster consists of 124 small and big stone temples and is believed to have been built between 7th -11th century CE, mostly by the Katyuri kings.

The temples here are dedicated to various deities that include Shiva, Lakulisha, Jageshwar, Kedareshwar, Mrityunjay, Pushti devi, Lakshmi, Durga, Chandika, etc. As per general beliefs, the Pandavas, while on their Mahaprasthan towards Swargarohani, had performed their last rites at Jageshwara, on the banks of the Jatganga. It is, for this reason, the banks of Jatganga are used as a cremation ground for those living in nearby villages.

Jageshwara temple is most well-known for its Swayambhu Linga, also known as the Nagesh Darukabane, and is the eighth one among the 12 jyotirlingas spread across India. There are more than 25 inscriptions seen here on the temple walls and pillars written in Sanskrit and Brahmi. These inscriptions belong to different time-periods and speak of devotion, renovations, and land donations under the Katyuris, the Malla kings, and the Chand kings.

A little away from the Jageshwara cluster stand the Dandeshwara temple group, near the confluence of the Kirodi Ganga and Niroli gad. There are 14 temples here ranging from 7th -13th century CE, and the main temple has a shivaling, which is an uncarved natural rock. The third cluster of temples known as the Kubera cluster has three temples and stands on the hill opposite to the Jageswara temple cluster on the right bank of the Jatganga.

Travel guide: Jageswara temple complex is situated quite close to Almora and is about an hour’s drive away. The location is serene, amidst the surrounding dense cedar forests and softly murmuring mountain streams. The beauty of the place exactly matches what the Brihat-Samhita defines as the perfect spot to build a temple: “The gods always play where groves are near, rivers, mountains, and springs.” Fairs are held in the Jageswara temple complex during Shivaratri and on full moon days of the month of Vaisakh (April- May) and Saavan (July -August).

Follow us on
Latest News
Scope, structure of appellate panels for social media user grievances to be announced soon: IT Minister
Moonlighting and its negative impact on the employee and the employer
Nigeria will improve online gaming tax collection via UK platform
IIT Roorkee to get DRDO research centre to boost innovation in defence sector
<strong>WOW! NASA’s Lucy spacecraft captures a jaw-dropping image of Earth and Moon</strong>
UP: FIR against nine people over allegations of religious conversion in Meerut
IntrCity to take forward SmartBus journey, aims to make buses a preferred choice for inter-city travelers
Photos
In Pictures: PM Modi in Kargil to celebrate Diwali with soldiers, says, ‘All of you have been my family for years now’
5 days agoOctober 24, 2022
In Pictures: PM Modi inaugurates Deepotsav in Ayodhya; World record set by lighting of over 15 lakh diyas
5 days agoOctober 24, 2022
PM Modi in Kedarnath, Badrinath: Here are some photos of the visit
7 days agoOctober 22, 2022
Read More
×
DCW chief writes to PM Modi for stronger laws, policies restraining remission and parole of rape convicts
Secret admirer no more: Online dating research reveals nuanced findings
Lunar Eclipse 2022: Date, time & everything else you need to know about last Chandra Grahan of the year
India borrowed Rs 80 lakh crore during 8 years of Modi govt, claims TRS
EVs: Transforming automotive industry & decarbonising the planet
Amruta Khanvilkar on playing Sonabai in Har Har Mahadev: I didn’t use any make-up, chose to go with flat hair