Is the airline industry taking the right flight?

The COVID-19 crisis had deranged the entire global aviation industry. But even after the crisis, the industry is struggling to get back on foot. what had been billed as a summer of “Revenge Travel” has turned into a travel hell. 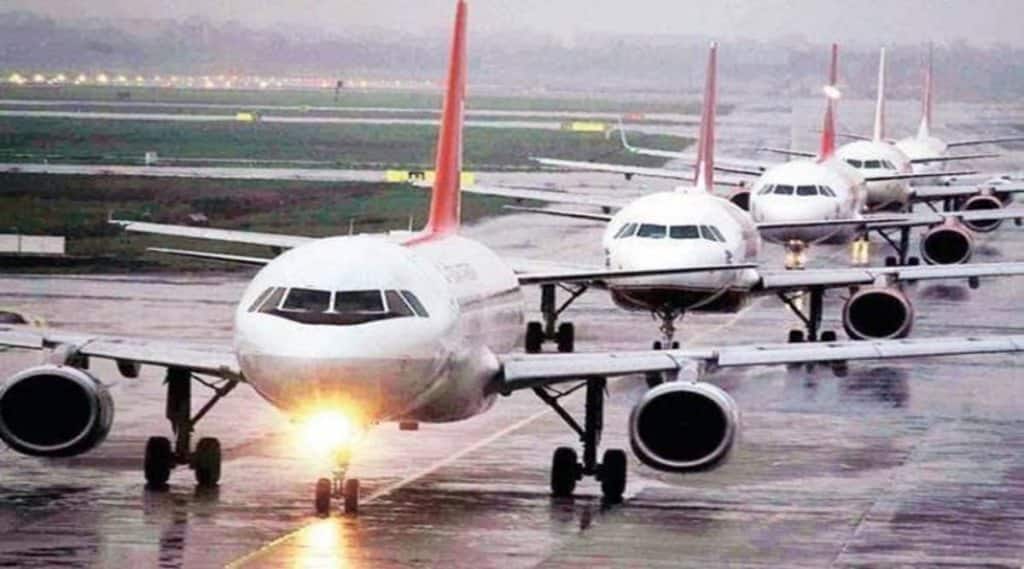 There have been more than 20 incidents of technical snags and emergency landings by various carriers all in just one month.

What do you usually need when you are travelling by air in 2022? A normal answer would be a passport, a boarding pass and perhaps a pair of sunglasses would be nice. But wait, you forgot one thing, the camping equipment!

The COVID-19 crisis had deranged the entire global aviation industry. But even after the crisis, the industry is struggling to get back on foot. what had been billed as a summer of “Revenge Travel” has turned into a travel hell. One out of every five planes has arrived past the schedule till the date in 2022. The main issue seems to be the mismatch between traveller demand, which rebounded unexpectedly fast, and staffing levels, which have not. Although industry figures are optimistic, the cracks are already denting the sector’s fragile recovery.

It’s worth asking here, will it get worse before it gets better? We need to first understand why passenger airlines are struggling to stay profitable. There are many possible reasons.

First, the Russia-Ukraine War. The industry has been jolted by the retaliatory sanctions and air restrictions, which have resulted in flight cancellations and reroutings leading to higher plane ticket prices, higher fuel costs, and problems with titanium sourcing.

Second, a rapid spike in ATF prices. Since the start of 2022, the price of jet fuel has increased by 90% and costs roughly 120% more, on average, than it did in 2021. This price increase is a challenge for airlines as fuel is the largest operating cost — 25- 40% of total costs. There is a pent-up demand for summer vacation both domestically and overseas, and the rising ATF prices will directly affect airfares in all markets. There was a 30-40% increase in airfares over the last two months. And this rise in ATF prices is a major challenge especially, for the Indian airline industry due to the weakening of the rupee as key cost items like fuel, maintenance, lease rentals, and overhaul costs are all dollar-denominated. Unfortunately, the problem doesn’t end here. The aviation, travel, and hospitality sectors all are inter-connected. Hence, the rise in airfares will also hurt travel agencies like MakeMyTrip or Yatra.com as booking now will be slowing down.

Third, labour shortages. Which was a long-running problem before the pandemic but the pandemic made it epilates.

Last but not the least, bad weather. Europe’s all-time high temperature —  41°C—  causing heatwaves and forest fires, CO2  emissions, snowfall and other climate-related problems,  have compounded the effect of labour shortage which has led to long queues, lost luggage, delays or cancellation of flights which made people wonder if they should have brought the camping equipment, while they wait for the plane to board. Delta, for instance, cancelled around 3% of its flights in the past month, second only to American Airlines, which cancelled 5% according to FlightAware. As a result of the poor operational environment, Heathrow Airport in London also decided to restrict the number of passengers who cycle through the airport until mid-September.

But, the situation looks direr for the Indian airline industry. The Indian airline industry has been walking on a tightrope, even before the pandemic with the pandemic, the sector was crippled. The nascent recovery in domestic traffic is threatened by continued weak demand, high fuel costs, depreciation of the rupee, labour shortages, smoking cabins, engine failures, bird fights, “sick leaves”, massive debt and whatnot!

There have been more than 20 incidents of technical snags and emergency landings by various carriers all in just one month. And the point worth highlighting is that out of 20, over 10 incidents happened in SpiceJet alone, which has been followed by Indigo which reported atleast 5 incidents. DGCA- the scrutineer of the Indian Airline Industry, has issued a warning notice to Spicejet saying they have failed to establish their services as safe, efficient and reliable. It also has grounded 2 airlines but what we need to ask here is whether that’s all what the DGCA should be doing?

The arrival of Akasa Air provides air travellers with some relief since prices have already dropped on the routes it will begin operating upon. India also has laid down several ambitious plans both at home and overseas. It is planning to add 100 new airports, increasing the Capex intensity of airports by 51% over FY23-27, Studies show India’s domestic traffic will grow 5 times in the next 2 decades, UDAAN—an initiative already in place to enable a common man to fly. All these seem propitious on paper, but what about the implementation? India has among the world’s lowest airfares and highest fuel prices—perfect for making the airlines bathed in red. It’s high time for India to fix its basis.

Despite the promising signs — passenger volumes will ‘snap back strongly’ driven by strong pent-up demand for commercial flights, across leisure, long-haul and business sectors — the airline industry may have to struggle to capitalize on the imminent spike in travel demand. From airlines and car rentals to hotels and airport restaurants, the entire travel supply chain is on the verge of bleeding. Misfortune disseminates quickly, a negative experience may also lead customers to look for alternatives including nearby drives. The rapid spread of Monkeypox or a new wave of COVID could also pose some serious threats in future.

Circling back, the figures might not look promising for the airlines in the short term, but eventually, there’s hope to be held.

(Rajesh Mehta is a leading International Consultant in the field of Market Entry, Innovation & Public Policy & Prerna Mishra is a researcher whose interest lies in economics, finance, entrepreneurship and everything in between. Views expressed are personal and do not reflect the official position or policy of FinancialExpress.com.)