Jaiswal also asked about the number of heritage sites freed from encroachments during the last three years. 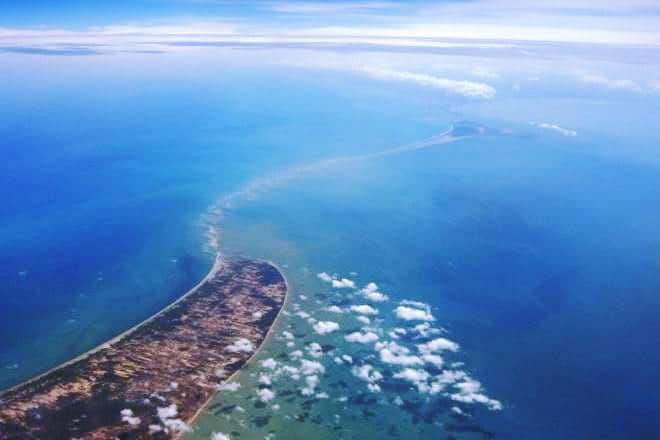 The issue of Ram Sethu is pending before the Supreme Court. (PTI Image)

Last week, during Question Hour in the Lok Sabha, union culture ministry was asked by Sanjay Jaiswal, a BJP Member of Parliament from Bihar, about the status Ram Setu in Tamil Nadu’s Rameswaram. Jaiswal asked whether Ram Setu is recognised as a monument of National Importance under the AMASR Act, 1958 and if not, the reasons for its non-inclusion. The culture ministry informed parliament that the matter is pending with the Supreme Court. This means no change in its status is possible.

Also Read | Bangladesh beats the US, UK in sending most tourists to India! Tamil Nadu top destination in India

The issue of Ram Sethu is pending before the Supreme Court after the UPA government gave a go ahead to controversial Sethusamudram project. In the project, the shallow Ram Sethu area between India and Sri Lanka was to be dredged to make way for commercial ships. The Supreme Court of India, in one of its hearings in 2010, said that it is delaying the project and will study the Environmental impact and analysis on the feasibility of a route through Dhanushkodi instead of Ram Sethu. In 2018, Modi govt told the SC that it will not damage the Ram Setu for Sethusamudram project in the “interest of the nation”.

Jaiswal also asked about the number of heritage sites freed from encroachments during the last three years. Government replied that encroachments has been partially removed from the following centrally protected monuments: