India’s only business museum set to undergo a makeover

Located in Kozhikode, it will soon go digital 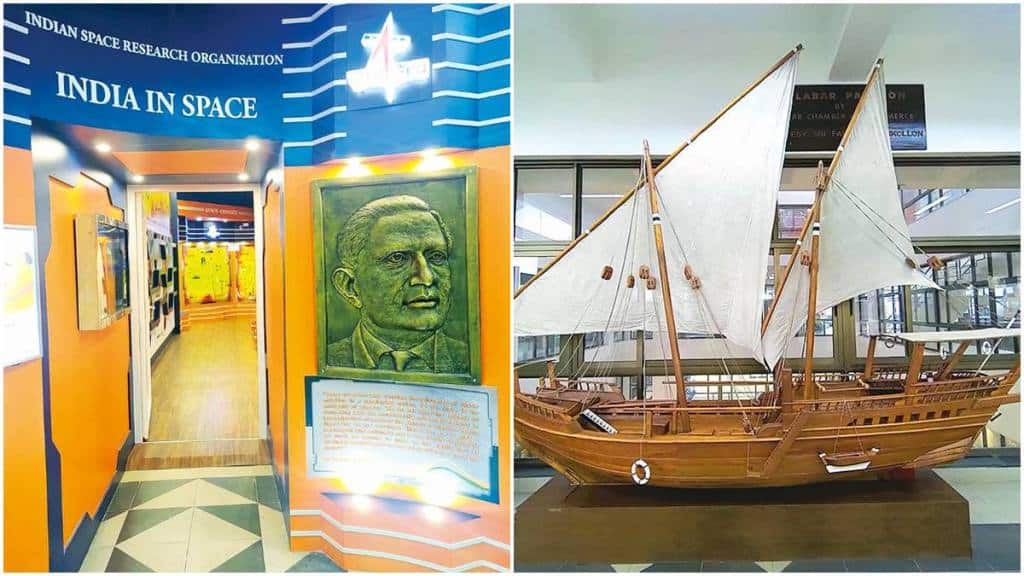 Uru, an ancient ship that was used for trade; and a pavilion set up by Isro

It may be due to constraint of space, or changing with the times, or both, but the Indian Business Museum, housed inside the Indian Institute of Management Kozhikode (IIMK) campus and the only one of its kind, will soon offer visitors a slice of history digitally, Debashis Chatterjee, director of IIMK, told FE.

Conceptualised in 2010 and officially opened in 2013, the museum traces the subcontinent’s business history from the time of the Indus Valley Civilisation. It houses business-related historical artefacts and objects (such as replicas of ships that Indians used for trading with the world), sculptures (replicas of weights and seals from the Indus Valley), and models, photographs, documents and illustrations of medieval and modern business history — from the Mughal Empire to the British Raj and new-age Indian entrepreneurs.

The museum also has exclusive pavilions set up by the Tatas, Godrej, India Post, the Indian Navy and SBI, among others, showcasing the business history of the respective organisations. A major part of the museum is the RBI gallery, which mirrors the evolution of both the Reserve Bank of India as well as the modern financial system. The Isro gallery has replicas of all Isro rockets and satellites, showing the contribution of space to a country’s economy.

Appasaheb Naikal, the librarian and in-charge of the museum, added that the makeover is expected to cost Rs 15-20 crore and the proposal is ready. The redesign work will be carried out by FiDD — a Bengaluru-based organisation that specialises in retail, hospitality, exhibit and museum design.

Naikal said right now all information is in physical format (written on panels fixed on walls), and most of it will be digitised (replaced with audio-visual digital screens). “What is news today will be history tomorrow, and the day after tomorrow we will need to capture that in this museum,” he said, adding, “We have limited space (about 23,000 square feet) and so the only way to expand is by going digital.”

The makeover plan goes beyond mere digitisation. “We will also have fire-fighting equipment, power back-up, server and content management systems, besides full-time researchers who will draft their own content, unlike right now where some information is taken from the web,” he said.

The Indian Business Muse-um is not a compulsory part of IIMK’s curriculum, but several students frequent the museum because it is a storehouse of information. “A day spent at the Indian Business Museum can teach you almost everything about the subcontinent’s business history, something that you cannot learn inside a classroom,” a student told FE.

Students from colleges in the surrounding districts of Kozhikode also visit the museum. “We get 500-600 visitors every month,” Naikal said. “Visiting is free of cost; the institutes concerned just need to tell us in advance so that we can plan accordingly, without disturbing our students studying in the library.”

It was conceptualised by Chatterjee during his first term as the IIMK director (2009-14). The theme of the museum was unveiled by Oommen Chandy, the then chief minister of Kerala, on August 18, 2011, and it was inaugurated in March 2013 by then-Union HRD minister Pallam Raju.