Exploring the city of joy – Kolkata

The Kolkata Metro or Calcutta Metro is a subway system serving the city of Kolkata. 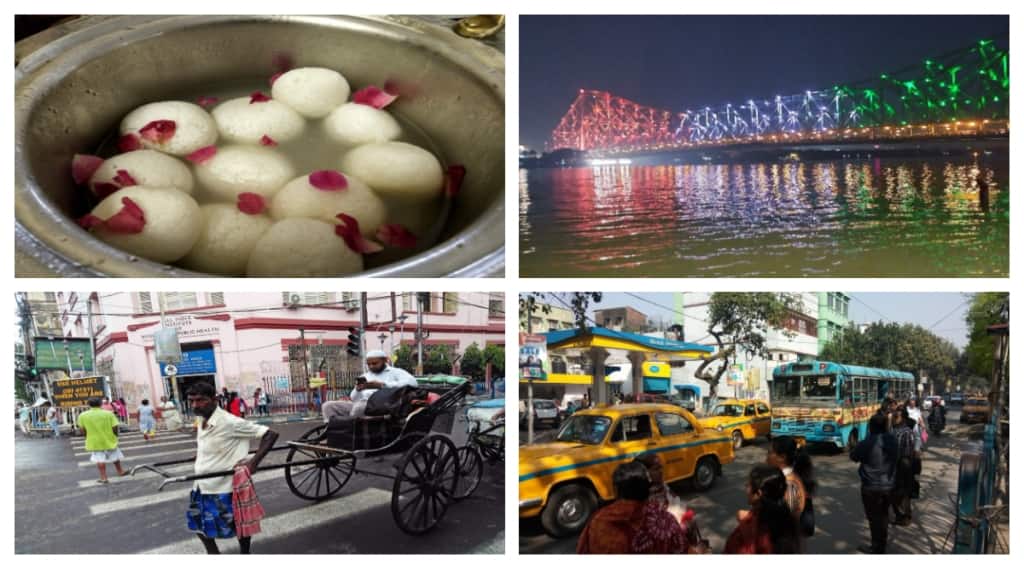 Kolkata has its own charm and never fails to delight visitors. (Photo: Pradeep Chamaria)

The fun of exploring a place is enhanced if you chalk out a list of places to visit, what to do, behave like a local and what to gorge on. And if visiting Kolkata, this is very important. Kolkata being a mix of colonial era and modern developments is a major tourist spot. The city is a wonderful place to go and explore many a places of significance.

Calcutta where I was born rechristened itself as Kolkata in 2001. The British called it Calcutta, but it was always called Kolkata in Bengali — derived from the name of one of the three villages: Kalikata, Sutanuti and Gobindapur, said to have become the modern city of Kolkata. Another accepted view is that it comes from the Hindu goddess Kali and the original name was KaliKshetra, “the place of Kali.”

The British settlement in Kolkata began when a trading post was set up here by Job Charnock, an agent of the English East India Company, in 1690.

Kolkata has its own charm and never fails to delight visitors. Kolkata is a city that defines itself in superlatives, and is a rare mélange of the past and the present. Kolkata, a bustling metropolis and the First City of the British Raj never fails to enchant artists, poets, writers, filmmakers, photographers, and tourists. It is also the only city in India where Chinatown still exists. Today, in spite of having underground metro, high rise buildings, vibrant nightlife and large corporate offices, Kolkata still masterfully maintains its status of being the cultural capital of India, with numerous mementoes of the city’s Colonial past scattered at every corner of the city.

Kolkata excels in almost every field and gets labeled differently from time to time, viz. the “Cultural Capital of India”, “The City of Processions”, “The City of Palaces”, and the “City of Joy.” The city is rightfully known as The City of Joy; it is a city with a soul because of its soulful embodiment of culture, love, mystery, respect, enthusiasm and definitely some amazing sweet delicacies. Kolkata is a perfect mixture of the old world and modernity.

Kolkata has something for everyone whether he is a foodie, a bookworm, history scholar, or just a traveller like me. There are fish markets, museums, planetariums, libraries, cricket grounds, football stadiums, amusement parks, night clubs & other entertainment options and many places of religious interest. Kolkata still has theatres where regular dramas are enacted, and even today, drama theatres are more famous than film halls. It has College Street, the second largest second-hand book market in the world. Regular visitors say that if a book is not available here, it probably was never printed.

If you visit Kolkata, for whatever span maybe, you are bound to find out that public transport is the lifeline of the city. For those looking to explore on the cheap, there are yellow cabbies, minibuses, Trams and the famous hand-pulled rickshaw, a remnant of the British era.

If you want to travel back in time, then you can definitely opt for a Tram, as Kolkata is one of the few cities in the entire world to have this mode of transport. The Kolkata tram is a city rail system in Kolkata, and is currently the only operating tram network in India along with being the oldest operating electric tram in Asia, running since 1902.

Then there are Hand-Pulled Rickshaw, a two-wheeled, cheapest, non-polluting means of travel for short distances, light-weight mobile devices pulled by a barefoot man who often doesn’t look quite up to the task. Wrapped in a lungi from the waist to the knee, at times without a shirt, this skinny man runs through the narrow lanes of Kolkata carrying people sitting in his rickshaw. The rickshaw is the lifeline of north Kolkata and helps you traverse the city’s narrow lanes, which pose quite a challenge for any four-wheel vehicle to maneuver.

Every street, every corner of the city has a story to tell. You will stumble upon a lot of British architecture everywhere in the city. Kolkata is full of heritage structures, eg. the Victoria Memorial, Raja Ram Mohan Palace, Fort William, Belur Math and Writers Building, etc. Most of these buildings adorn the classic Indo-Islamic and Indo-Saracenic architectural motifs.

You have the Howrah Bridge, one of the largest cantilever bridges in the world and the only one India. The glory of the bridge is to be seen in evenings when it lights up like a bride.

Food is an essential part of every travelers’ planning. And if you don’t taste Bengali delicacies, then your visit to Kolkata is incomplete.

Mishit doi (curd made with sweetened milk), Rosogolla, and Sondesh are a must to have whether you have a sweet tooth or not. Rosogulla, a traditional sweet, is the most widely consumed sweet here. During our stay in Kolkata, we loved the rosogollas made by chefs at hotel Howard Johnson. Rosgulla is the most prominent trademark of Bengali culture and the face of Bengali cuisine. Sondesh prepared out of milk & sugar is another widely consumed dessert.

Fish preparations in Bengali cuisine top the chart when it comes to satiating the taste-buds of the real gourmets. In Bengali cuisine, they eat almost every part of the fish, the head being highly preferred. Freshwater fish namely, carp varieties – rui(rohu), koi (climbing perch), the catfish varieties, ilish(Hilsa) as well as shuţki (small dried sea fish) are favourites. Chingri (prawn) is a particular favourite. The salt water fish Ilish (hilsa) is the icon of Bengali cuisine. The fish preparation can be fried, cooked in roasted simple spicy tomato or ginger based gravy (jhol), or mustard based with green chillies, steamed, cooked with curd, etc. They even make fish to taste sweet on one side, and savoury on the other. A Bengali can cook Ilish (Hilsa) in 108 distinct ways.

Calcutta Biryani biryani is much lighter on spices compared to other biryani. If you are a biryani lover, make it sure that you eat the Calcutta biryani when you go to Kolkata.

You are on the move for the whole day, so you should make it a point to relish the street food in Kolkata. Simple food available on the streets can make you smile and also be light on your tummy. Phuchka, churmur, bhelpuri, kachori, jalebi, Bengali samosa and vegetable chos, hot, piping Darjeeling momo are a few names that surely will make your mouth watery.

How can you miss the jewel of Bengali street food, Jhal Muri while in Kolkata. It is one of the most popular and iconic snack foods of Bengal – jhal literally meaning ‘hot’ or ‘spicy’. It is puffed rice with spices, vegetables and raw mustard oil. It is a must try for those visiting the city.

With all these spicy street food you will need some drink to wash it down, so don’t forget to ask for a small sip of Tea in a Sikora (Terracotta cup).

Park Street, or now known as Mother Teresa Sarani is a famous road. This place was the hub of Kolkata’s night life in the 1970s and 1980s. Park Street still is known as the “Food Street” and “The Street that Never Sleeps”. It is the main dining district of Kolkata with many restaurants and pubs here.

Burrabazar used to be a yarn and textile market, but it is the commercial nucleus and one of the largest wholesale markets in India. It is one of the major markets where non –bengalis, especially Rajasthanis come for shopping.

Kolkata and Durga Puja is an unbreakable combination. Almost every office is closed during this festival, celebrated with lot of spectacle and grandeur in Ashwin month of Hindu calendar, i.e. in the month of September and October.

The Kolkata Metro or Calcutta Metro is a subway system serving the city of Kolkata. It is the first Underground metro railway system in India that opened for commercial services in 1984. It is a must visit and travel spot for all Kolkata visitors.

Obviously you will need good places to stay during your visit as a traveler. Kolkata has some great options to stay at. Whether you are staying in the colonial part of the city or in the newly developed areas near the airport, you will find a hotel suiting your budget. Most of the travelers today prefer areas like Newtown, Salt Lake, and Eastern Bypass etc. because of their proximity to the airport. Various hotel chains have established properties in these areas. The 90 room Howard Johnson by Wyndham Hotels is one such hotel, just 3.1 km and 15 minutes away from the Netaji Subhash Chandra Bose International Airport, Kolkata. We stayed at this fun and friendly place that is good for the entire family with amenities to make you smile.

(The author is a well-known travel writer. Views expressed are personal and do not reflect the official position or policy of Financial Express Online.)