Difficult weather and a tough diverse land have dictated the vegetation and food habits of Ladakhi people. 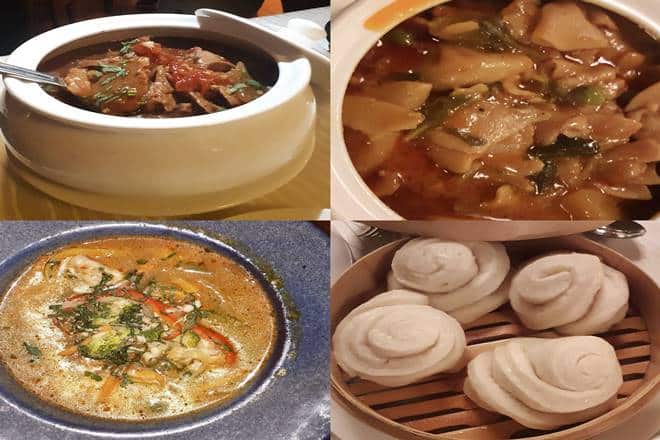 Ladakhi people seem to know the tricks of surviving the extreme weather and barren mountains covered in snow for half the year with their food.

18 years ago, a year into my marriage, the two of us flew to Leh for a week-long vacation and binged only on momos, noodles and brandy. High on youth and adrenaline besides having lived for a year in Srinagar, acclimatisation to Ladakh’s high altitude was a thought that never even crossed our minds. But the realization that AMS is a real thing came to me on the recent trip to Ladakh when I felt slightly dizzy at the snowed mountain pass, Khardung La. With rarefied air and decreased oxygen levels in the formidable terrain of Ladakh, breathlessness, headaches and fainting spells are common for people who are not accustomed to such high altitudes. One needs to take things slow here lest the unforgiving landscape plays havoc with the blood pressure and the freezing winds chill you to the bone.

And Ladakhi people seem to know the tricks of surviving the extreme weather and barren mountains covered in snow for half the year with their food. A trip to Ladakh this time round acquainted me to this very cuisine with a whole variety of dishes beyond momos and noodles with local produce.

Located at the strategic crossroads of the ancient trade route, Ladakh is home to tribes that trace their roots to Tibet. Their food habits therefore are heavily influenced by ancestral traditions originating in Tibetan cuisine. It is then not surprising that garlic known for the nutritional benefits of keeping blood pressure and common flu in check makes for one of the main ingredients in the Ladakhi cuisine…. the strong flavour that first hit me at Grand Dragon Hotel, at Leh, my abode for a week-long stay to explore the region. A complimentary garlic soup along with a small pouch of camphor to combat queasiness and a piece of friendly advice to take it easy for the day, was sent up in the room as soon as I checked in.

While I rested for the day with a bowl of Thukpa, the Ladakhi soup, a wholesome meal in itself, it was at the dinner time that I was introduced to other dishes that constitute a Ladakhi meal along with another major ingredient of the Ladakhi cuisine. Endemic to the region, buckwheat flour which also keeps a check on blood pressure, is extensively used for preparation of local breads like khambir and tingmo the steamed local bread that looks like a fluffy coil of dough.

However, with growing demand, wheat flour is being used increasingly. The breads are usually served with skyu, a local hand-made pasta tossed in vegetable gravy or shapta, mutton or chicken prepared with local herbs. Yak meat consumed for its fullness and warm qualities was once a regular affair in the meals but has been mostly replaced by mutton. What makes the shapta of Ladakh different from mutton or chicken gravy of rest of India is the simplicity and absence of too many spices. Even with none of the garam masalas like cloves, cinnamon or bay leaves the gravy packed a load of flavour with vegetables and meat literally holding their own. I could identify the flavours of pepper, chillies and garlic but it made for an elaborately sumptuous meal. Different from the usual ‘masaledar’ chicken and mutton gravies that I was used to, the lighter simpler version appealed to me
instantly.

The next morning brought more surprises when I discovered not only local apricot jam and Leh berry juice but also a heady brew of salty butter tea or Gur Gur chai, as the Ladakhis call it to stave off the chill of the weather. A hardy pungent discoloured cheese also made from yak milk traditionally used for tea completed my breakfast picture.

Difficult weather and a tough diverse land have dictated the vegetation and food habits of Ladakhi people. So, while the mountainous Ladakh has barren desert and areas perpetually covered in snow, it also has meandering rivers and fertile lands that provide for vegetables and even fruits like apricots and Leh berry. A bowl of apricots and sometimes walnuts is often a welcome gesture towards the guests by the natives of this high land.

As the week flew by in exploring Ladakh, I discovered the traditional stone cauldrons that were once painstakingly hollowed out of soft rocks by skilled craftsmen. And I realized that even though the stone pots and pans have been replaced by metal cookware but the simplicity of Ladakhi food and people had warmed the cockles of my heart.