European airports under siege: Why airlines are cancelling flights, struggling to load baggage

The emergence of Covid-19 two years ago hit the aviation industry severely — airlines and airports let workers go to reduce costs as flights were grounded. 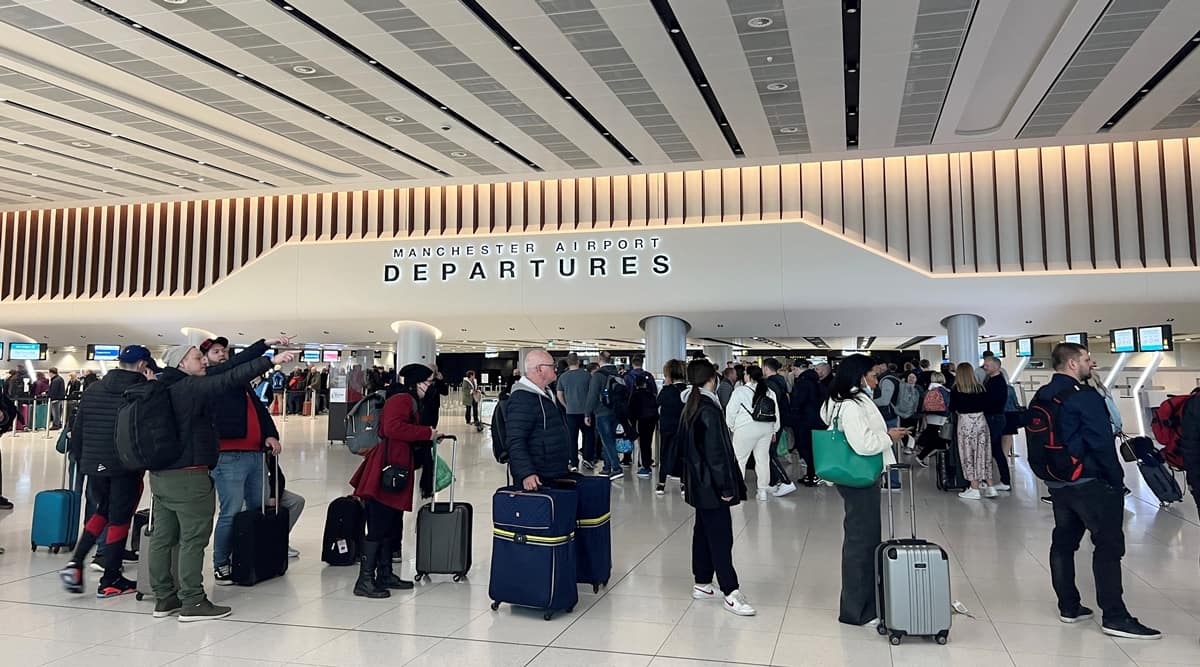 Experts anticipate the situation to worsen in the coming days. (Reuters)

Severe manpower shortage at European airports, coupled with a post-pandemic vacation boom, has disrupted travel — leading to flights being cancelled, long queues causing passengers to miss flights, and delayed baggage. London’s Heathrow, one of the worst-hit airports, asked airlines operating at two of its terminals to cancel 10% of their flights, according to a recent Bloomberg report.

THE PROBLEM AT EUROPEAN AIRPORTS

The emergence of Covid-19 two years ago hit the aviation industry severely — airlines and airports let workers go to reduce costs as flights were grounded for a prolonged period. Now, with the pandemic slowly receding, people have resumed travelling and airlines have started increasing flights. But the airports failed to hire staff members in line with the growing traffic. This, coupled with several airport and security worker unions in Europe going on a strike for better pay, has led to a severe shortage of labour and disruptions operations.

THE AIRPORTS AFFECTED AND THE PROBLEMS FACED

Among the major issues at some top European hubs — Heathrow, Schiphol in Amsterdam, and airports in Brussels, Frankfurt, and several others — is that of delayed baggage. Due to the labour shortage, passenger luggage is not being loaded onto aircraft on time and several flights are departing without carrying the baggage. Additionally, airports are witnessing long queues, causing passengers to miss flights.

Heathrow has asked several airlines to cancel some flights to reduce load. Experts anticipate the situation to worsen in the coming days. No flights departed from Brussels on Monday due to industrial action and the lack of security agents. The force majeure made it impossible for the airport to guarantee passengers and staff safety.

Schiphol in Amsterdam said it was limiting the number of passengers a day to 70,000 — 13,500 fewer than that scheduled by airlines — due to shortage of workers.

IMPACT ON FLIGHTS TO OR FROM INDIA

While Indian carriers’ flights to Europe have not been cancelled, airlines are facing baggage issues. Air India tweeted on Sunday: “Passengers who travelled from London Heathrow by AI130 (to Mumbai) & AI170 (to Amritsar) of 19.06.22 may not get their bags at destination airport in India due to Heathrow Airport Baggage System Failure. Our Heathrow team is working on sending the bags on priority. We request for your understanding.”