Britain, which is responsible for the fourth-largest number of tourists to Australia, has had a tumultuous political year with deep rancour over Brexit and its first December election in almost a century. 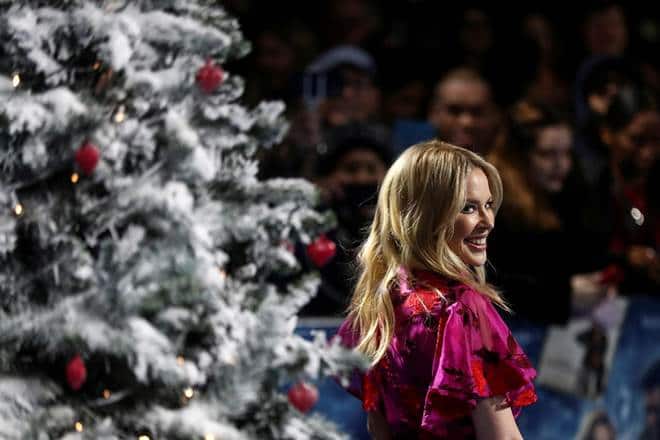 Singer Kylie Minogue looks on as she arrives for the U.K. premiere of "Last Christmas" in London, Britain, November 11, 2019. (Reuters)

Australian pop star Kylie Minogue has invited weary Britons to forget politics and “call on your friends in Australia” in a tourism campaign launched in Britain on Christmas Day. Britain, which is responsible for the fourth-largest number of tourists to Australia, has had a tumultuous political year with deep rancour over Brexit and its first December election in almost a century.

“We can turn off the news, you can kick off your shoes,” Minogue sings in the advertisement. It first aired just ahead of the Queen Elizabeth’s Christmas address and is part of a new A$15 million ($10 million) Tourism Australia campaign – the largest investment the organisation has made in Britain in more than a decade.

Minogue is joined in the campaign, called “Matesong”, by several fellow Australian celebrities who are well known in Britain, including comedian Adam Hills and former cricketer Shane Warne. While not referring directly to Brexit, the advertisement mentions a “tough and confusing” year, with Hills saying “negotiating tricky trade deals is a shocker”, and Minogue suggesting a cute quokka is a good distraction.

Also Read
Do you know? Spread over 3 acres of land, Maze Garden near Statue of Unity is the largest in the country!
Char Dham Yatra: From state govt to horses, mules owners, all stakeholders earn crores in revenue
Forget Dubai, Abu Dhabi! Ras Al Khaimah is the hidden gem of UAE

Quokkas are a small marsupial found in only a few parts of Australia that are known for their friendly and inquisitive nature. The ad shows beautiful Australian beaches and stunning scenery, a sharp contrast to pictures appearing in news bulletins around the world this month of ferocious bushfires sweeping parts of Australia.

The country has been gripped by severe drought and a bushfire season that has been both earlier and more intense than usual. There is no immediate data available on whether the fires, which have devastated wildlife in some areas, have been putting off tourists.