One month after Prime Minister Narendra Modi led the ‘bhoomi pujan’ of Ayodhya’s Ram temple, the construction work at the site has gathered pace. 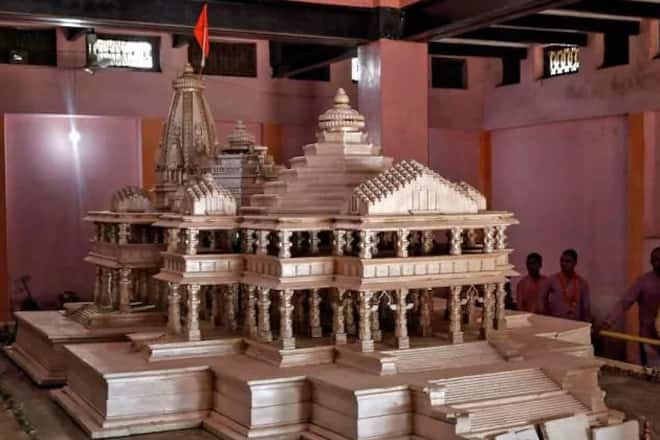 The Ayodhya Development Authority (ADA) received a 4,000-page document that had the proposed map of the temple’s architecture.

One month after Prime Minister Narendra Modi led the ‘bhoomi pujan’ of Ayodhya’s Ram temple, the construction work at the site has gathered pace. Designs and maps for the temple have been laid down while the drilling operations are initiated, The Indian Express reported. For starters, base pillars will be placed. Shri Ram Janmabhoomi Teerth Kshetra trust which will be overlooking the construction project has said that the temple will have 1,200 pillars in a depth of 200 feet. Further, the temple itself is expected to be 161 feet tall.

Citing sources, the report highlighted that 50 employees of construction major Larsen & Toubro are currently in the city for building the temple. After the ‘bhoomi pujan’, paperwork regarding construction, map, designs, and ownership was filed, the report said. The Ayodhya Development Authority (ADA) received a 4,000-page document that had the proposed map of the temple’s architecture. As per the proposal, the site is covering 2,74,110 square metres (67 acres). The structure is claimed to be approved for fire and electricity safety, and earthquake-resistant measures.

The report mentioned that ADA has confirmed the approval of the map and the land will be put under the category of religious/fairground, tourist residence, orchard, or spiritual ground. Furthermore, the trust is said to have deposited Rs 2.11 crore for development charges, maintenance fees as well as labour cess to ADA.

Coming back to the construction of the temple, the temple will be made in such a way that it prevents overcrowding. Four gates will be made in three directions and the awaited Ram temple will be spacious enough that it can handle around 1 lakh devotees. The map provided by the trust shows that there will be a 30-metre wide road that will lead to the temple. On the entrance of the temple, several stones will be placed. Among 85 stones, three will remain in Ayodhya, the report quoted head priest of the Ram Lalla temple, Mahant Satyendra Das as saying.