Naqvi said this Amrit Sarovar would not only help protect the environment and conserve water, it would also attract people from nearby areas. 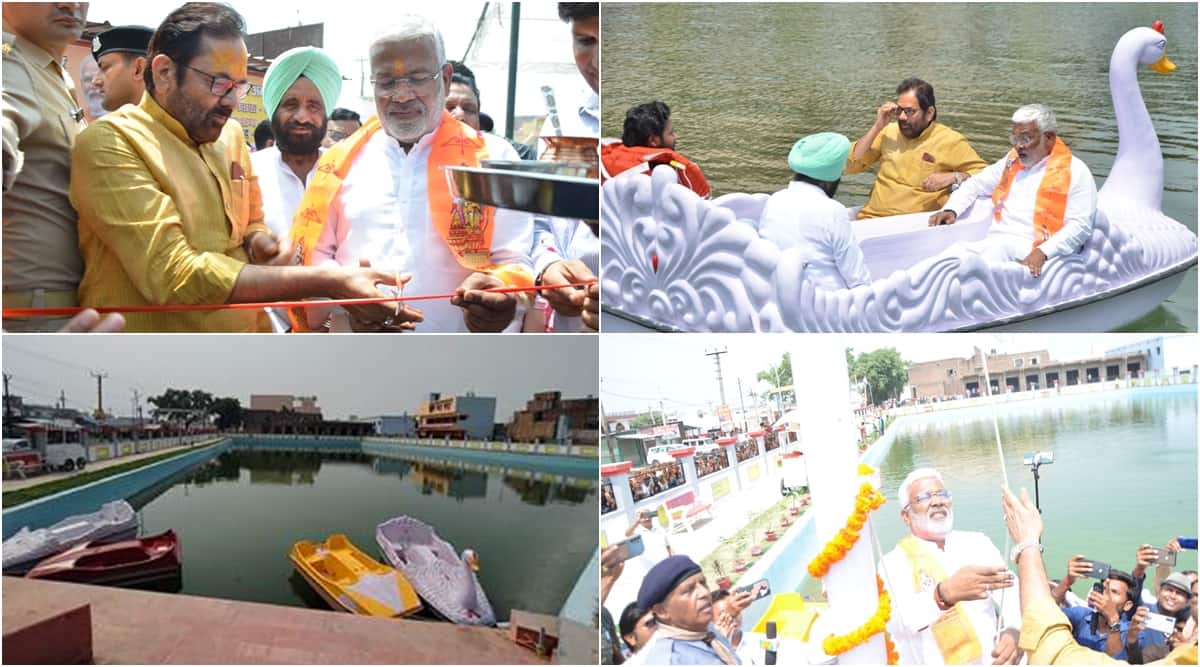 Union Minister for Minority Affairs Mukhtar Abbas Naqvi inaugurated the country’s first ‘Amrit Sarovar’ in the presence of Uttar Pradesh Jal Shakti Minister Swatantra Dev Singh in Rampur, Uttar Pradesh, on Friday. Naqvi said the splendid sarovar had been inspired by Prime Minister Narendra Modi and guided by Uttar Pradesh Chief Minister Yogi Adityanath. He added the participation of Patwai residents and promptness of the gram panchayat and the district administration played an important part in the opening of the grand Amrit Sarovar in a short span of time.

Modi had namechecked Patwai during his monthly Mann Ki Baat programme in April.

“I like to learn that after taking the resolve of Amrit Sarovar, work has started on it at many places at a rapid pace,” Modi said during his radio programme. “I have come to know about Gram Panchayat Patwai of Rampur in UP. There was a pond on the land of the Gram Sabha, but it was full of filth and heaps of garbage.”

He added: “With a lot of hard work, with the help of local people, the help of local school children, that dirty pond has been transformed in the last few weeks. Now, many arrangements have been made on the banks of that lake like a retaining wall, boundary wall, food court, fountains and lighting. I congratulate the Patwai Gram Panchayat of Rampur, the people of the village, and the children there for this effort.”

Naqvi said this Amrit Sarovar would not only help protect the environment and conserve water, it would also attract people from nearby areas.