2022: Year of hope for tourism in Kashmir

By tweeting “Whenever you get the opportunity, do visit Jammu and Kashmir [J&K] and witness the scenic Tulip festival. In addition to the Tulips, you will experience the warm hospitality of the people of J&K,” Modi highlighted the uniqueness of both the place and its people. Shah’s post-J&K visit tweet also echoed the same sentiments. 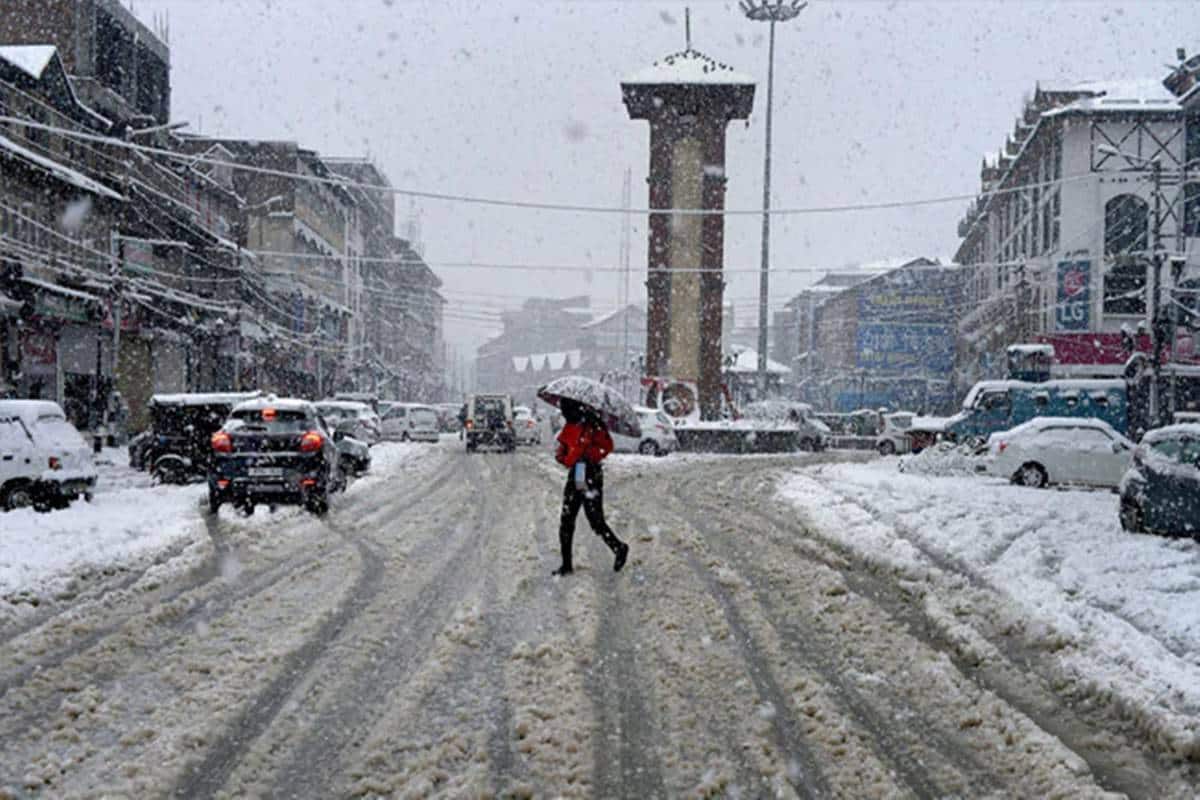 Last year, Kashmir tourism found unusual brand Ambassadors in the persons of Prime Minister Narendra Modi and Home Minister Amit Shah. By tweeting “Whenever you get the opportunity, do visit Jammu and Kashmir [J&K] and witness the scenic Tulip festival. In addition to the Tulips, you will experience the warm hospitality of the people of J&K,” Modi highlighted the uniqueness of both the place and its people. Shah’s post-J&K visit tweet also echoed the same sentiments.

J&K has tremendous tourism potential and being a labour-intensive industry, it provides a very vast scope for employment as compared to other enterprises. Being a multi-segmental industry, tourism also provides a wide variety of jobs like hotel managers, receptionists, accountants, clerks, guides, travel agents, chefs, housekeeping staff, transport operators etc. Tourism provides good sustenance to the local population as well as generates revenue for the State exchequer.

Jammu & Kashmir witnessed the highest-ever tourist footfall this season especially during the month of November and December because of the festive fever of Christmas and New Year celebrations. Hotel occupancy was at an all-time high with 2.5 lac people visiting Kashmir in these months. Early snowfall also attracted a large number of tourists to J&K from other parts of India and it appears that despite COVID fears, the tourism industry in J&K is returning to normalcy for the first time after a decade. Compared to 4.1 lakh tourist footfall last year, Kashmir has crossed the six-lakh mark already this year as foreign shores continue to remain out of bounds due to COVID restrictions.

J&K Government deserves due appreciation for leaving no stone unturned in promoting tourism in the union territory. Many road shows are being organised in different parts of the country and abroad not only to attract tourists but also provide prospective investors the facilities of having a dialogue on investment opportunities in the region. These roadshows covered cities like Mumbai, Hyderabad, Chennai, Ahmedabad and even Dubai.

J&K Tourism Department has also organised Jammu festival, white water rafting championship, Christmas carnival both in Gulmarg and Pahalgam, Winter Carnival, Gulmarg snow festival, Lohri festival and Mata Vaishno Devi Sangeet Sammelan as part of its calendar of activities. This wide array of celebrations and activities has given tourism a definite boost. Govt of JK is promoting new 75 tourist places by developing comprehensive facilities in an integrated manner with adequate provisions of recreational activities, eateries and restrooms to facilitate a deeper and more comprehensive insight into the cultural and architectural heritage of J&K.

Mumbai based business tycoon Ajay Maheshvari who recently visited Kashmir said the beauty has mesmerised him in different ways, especially when it was snowing heavily.

Introduction of direct evening flights have given a shot in the arm to tourism in J&K and night flight operations have already begun at Srinagar ‘ Sheikh Ul Alam’ airport, thus allowing travellers to get into the Valley at all times of the day. In addition, direct flights from large cities like Bengaluru will attract more visitors to the Union Territory. While talking to this columnist, Director of Kashmir Tourism, Dr GN Itoo said that the Valley has been aiming for such a development for a long time, since the direct and evening flights will help travellers, especially busy people like businessmen to save time. He said that such flights would increase the tourist inflow into the Union Territory.

Farooq Katroo, owner of Best Travels (Travel  Operator) and Best View Resort ( Group of  House Boats ) located in the Golden area of Dal Lake said that night flights will substantially help in the economic growth of Jammu and Kashmir as the tourism sector forms the core of the economy which is one the  vital component of Kashmir’s economy . He further said “I have never seen such a heavy tourist influx during the month of December in my entire lifetime.”

Kashmir was traditionally the most favourite spot for filming Bollywood movies till militancy erupted here three decades ago. However, with conditions improving by the day, Bollywood filmmakers are once again showing a willingness to return to the valley.  TV and Bollywood actresses Simran Sachdeva (Choti Sardarni) who was on a Kashmir trip to shoot her video album said that “we must give preference to Kashmir over other parts of the world for shooting films. It has wonderful locations.” She has also praised the pristine glory of Kashmir.

The Centre and J&K government, at the first ever ‘J&K Real Estate Conference’ held in Jammu, have decided to throw-open local real estate for “second homes and summer homes” to all the citizens of the country. This is a major push to attract investments and a step towards development, which will also enhance business opportunities in J&K, especially the tourism sector.

A lot of effort is being put in to overcome unemployment in J&K, which leads to disgruntlement among the youth and is emerging as the biggest roadblock to ushering in complete normalcy in the region. Basically, skilling, entrepreneurship and higher education would go a long way in boosting employment. A focussed approach with the employment generating factors being the Key Result Areas (KRAs) of the Government would accrue maximum benefits. Active participation of the people is by far, the most important factor.

Infrastructure continues to be a weak link in the chain of the development process. While main roads are well laid, the peripherals are in a state of neglect. It is known that every year, heavy snow takes a toll on the roads, however, some solution to the problem needs to be found. There is also the issue of erratic electricity supply and lack of other modern amenities. Lack of infrastructure is always a deterrent to visitors and the sooner this situation is rectified, the better. A tense security situation is no longer an excuse to stall movement in this direction, it is imperative for Kashmir to witness a considerable facelift in case the tourist and business potential is to be fully exploited.

This is the time for all genuine stakeholders who have the good of Kashmir in mind to join hands in isolating those who have inimical designs. This is the time to be mature and work towards consolidating the gains accrued as a result of diligent hard work and great sacrifice.  J&K demands constructive contribution and not opportunism. Nothing can be gained by reliving or lamenting a traumatised past in a manner that overshadows a bright future. Instead, it’s time to look ahead and to work for a bright future.

(The author is Editor Brighter Kashmir, TV Commentator, Political Analyst and Columnist. Email:farooqwani61@yahoo.co.in Views expressed are personal and do not reflect the official position or policy of Financial Express Online. Reproducing this content without permission is prohibited).

Next Story
‘Deltacron’: A combination of Delta and Omicron; Here’s everything we know so far