The traditional Japanese tea ceremony brings out the versatility and flavour profiles of Japanese teas. 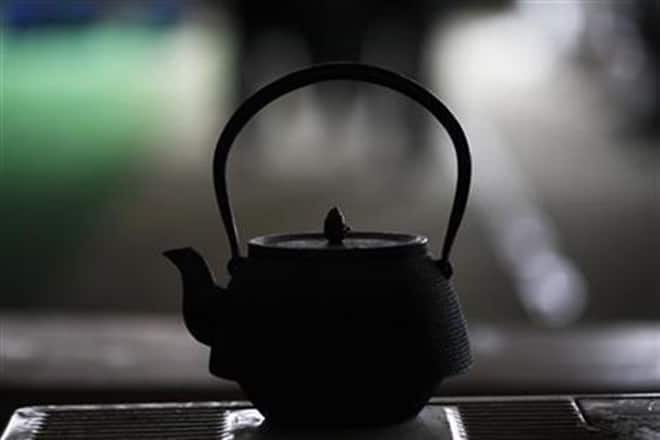 For one, Japanese tea is very different from Chinese and Indian teas. (Reuters)

The traditional Japanese tea ceremony is more than just a hot cuppa’ shared with friends. It is also not just about the stuff in the cup. Even the way the ceremony is conducted plays an intrinsic part in the fulfilling enjoyment of the process, both for the server and the served. So it is no surprise that there are formal courses to be attended by aspiring tea service professionals as also annual tea ceremony competitions in Japan. More relevantly to us, recently, we were fortunate in India to receive the 2018 finalist, Hiroe Miki, who came down as part of an event, which was promoting Japanese food and drinks. What I recount here came out of an interview and tasting that I was exclusively privy to.

Now, Japanese whisky has already firmly established its presence in the global scene. Even Japanese cuisine (well, mainly sushi and ramen, but other aspects of it too) is rapidly becoming a part of common parlance, turning up in conversations as often and as comfortably as pizzas and tacos. Sake, although a bit more reticent, still manages a good ride, thanks to the food train. But Japanese tea and the ceremony alongside remains a feared and less-treaded path. Tea came to Japan from China, carried over by monks (circa 10th-century), but then while it got modified in its new home, China somehow moved on from the art of Matcha and evolved into other tea styles.

For one, Japanese tea is very different from Chinese and Indian teas. The main difference being that, unlike the latter two where tea leaves are often oxidised before being rolled, in Japan, tea leaves are steamed right after plucking to preserve their colour and freshness, and then processed. The taste of the two products is entirely different—while Chinese and Indian versions of even green tea will show some smokey and toasty notes, Japanese green tea is devoid of such, tending more towards leafy greens and freshly-cut grass notes. Same plant in all three countries, but so unlike each other!

Japanese drink a lot of Matcha tea, which has a very special way of being produced. It is similar to Sencha (same plant), but while Sencha is allowed to grow under the sun, Matcha must be shaded (cut out 99% sunlight) for the last 20 days of the cycle. This changes the flavour profile drastically: more umami and sweetness, more amino acids (that don’t covert into catechins, which impart bitterness in tea), and more caffeine than even a cup of strong coffee! (But the same amino acid, L-theamine, combats the effect of caffeine, inducing alpha waves, which have a calming effect on us, thereby not blocking out sleep and helping us relax). Matcha does all this and then it has these flavours, which can be an acquired taste for some, ranging from almost marine salty spray to green salads and the very peculiar oyster leaf.

Sencha, by comparison, is more bitter, less caffeinated and definitely not as subtle. Which is what makes it more ideal as a daytime drink rather than Matcha, which is great to rise with and can maybe had in the evening too (although many Japanese will recommend not having it after 6 pm).

For late nights, toasted green tea, also known as Hojicha, works simply because of its lowered caffeine content. Else, for winters, there is the rich and broth-like Genmaicha, which is made with rice grains.

Kyoto has some great Matcha and today it isn’t uncommon to see even people in Japan enjoy their Matcha with milk and (very little) sugar (even as they down 11 cups of coffee a week). They are not shy about having their Matcha latte on ice—Hiroe had brought us a cold-brewed (no-milk) version, which can take about an hour to brew to decent strength. Else, with hot water, 80 degrees is fine and upto a minute or 90 seconds of steeping works best. Just don’t let the liquor stand with the leaves, for that makes it bitter.

And then came the golden moment when Hiroe prepared a tiny cup of Gyokuro: this is the queen of Matcha green teas, with prices going crazier than for truffles! It stands for ‘pearls of the dew’ and the flavours of this type of tea were like nothing I had tried before: a very strong umami hit with intense notes of underwood and forest floor, mushrooms aplenty and some fresh light spices and sea surf too. It was so heady in its flavour profile that just 15 ml was enough to make me feel like I had just eaten a steak meal! Definitely need to get some of this for my stash. Oh, a caveat: brew this one with 60-degree water and for no more than two minutes.

All in all, a very informative session and tasting. The Japanese embassy pulled off a spectacular event and we look forward to the next one.

(The writer is a sommelier)