This Valentine’s Day, here’s a refresher course on Cupid: What this mythical creature is all about 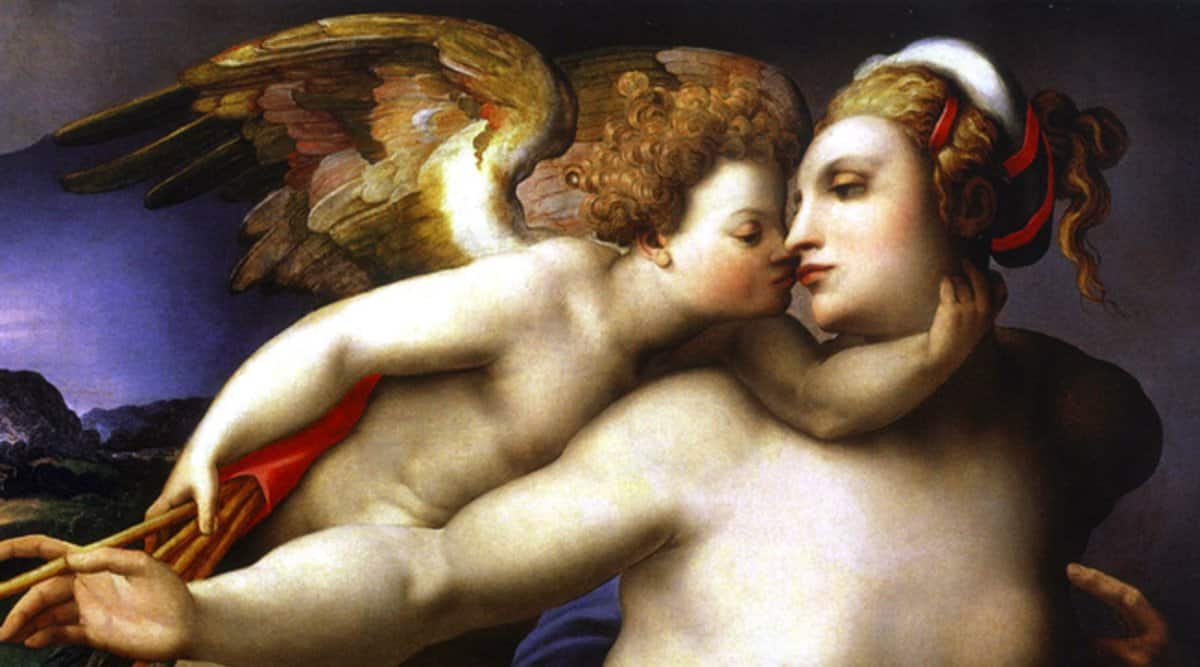 While artists and authors favoured the winged Cupid in the Middle Ages and Renaissance, for them, he was not just a symbol of love. (Image: AP)

Winged Cupid: The images of winged Cupid, the chubby God, surface every year on Valentine’s Day. Images show Cupid taking aim at his victims with a bow and an arrow, and it is the symbol of love. As per the Roman Culture, Cupid is regarded as the child of Goddess Venus (popularly called Goddess of Love) and God of War, Mars. In myths and texts, however, Venus was actually considered the Goddess of procreation and sexual intercourse. In fact, the name Cupid is derived from “cupere”, which is a Latin verb meaning lust, desire or love.

Also read | Valentine’s Day 2022: Wishes, quotes and songs for your loved one

However, Cupid has the body of a baby and is equipped with lethal weapons. Not only that, but he is the child of parents who are associated with love and war, and therefore, Cupid is a symbol of desire as well as conflict, a student of contradictions. Since modern day celebrations of Valentine’s Day are related more to the Middle Ages than to Ancient Rome, the history related to Cupid is rarely reflected during the holiday.

While artists and authors favoured the winged Cupid in the Middle Ages and Renaissance, for them, he was not just a symbol of love.

Ovid, the Roman poet, had mentioned two types of arrows of Cupid – one having the capability of filling the recipient with uncontrollable desire, and the other filling its target with revulsion. Both Greek and Roman deities have been depicted as having the ability to do good and common.

Cupid, as well as the Greek equivalent Eros, teach about sex and desire, with it having been considered an essential part of life in ancient world. However, it was also considered dangerous if desire became too dominant. Stories around Cupid speak about balancing the matters of body and spirit, because ancient philosophers said that people were both what and how they loved. Roman accounts of cupid combine lust as well as philosophical reflections, explaining the relationship between desire and the human soul.

Cupid and myths around him reflect the importance of knowing desire – both its pleasures and dangers.