This book explains how ‘gray rhinos’, or significant crises, can be recognised and countered strategically

Michele Wucker, in The Gray Rhino, explains why most of so-called difficult situations or chance occurrences can be explained quite easily, 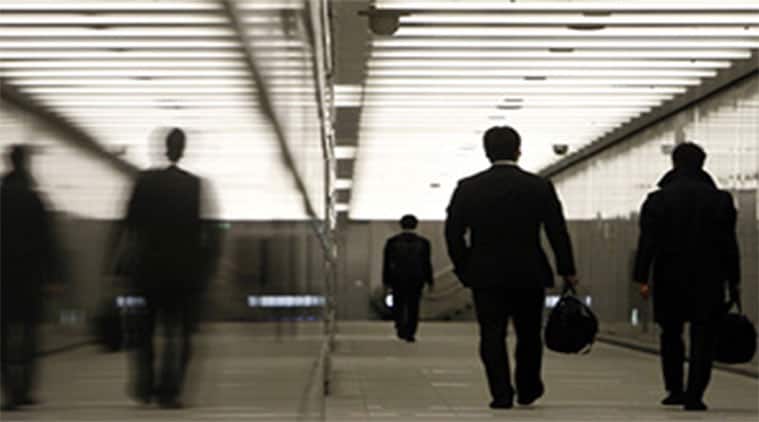 Today, companies, businesses and governments are dealing with threats that are obvious.

One of the terms that became popular following the financial crisis starting 2007-08 was ‘black swan’. The idea, now made legendary by Nicholas Taleb, simply said that just as you don’t expect to see a black swan in your life, there are certain events that are very rare, to the point of being improbable. But once they occur in conjunction with other similar themes, the result can be catastrophic. What if there are signals staring right in your face and yet you choose not to notice them? That, in short, is a ‘gray rhino’, which is huge and hard to miss, but for various reasons, we are not able to spot it.

Michele Wucker, in The Gray Rhino, explains why most of these so-called difficult situations or chance occurrences can be explained quite easily, as there are almost always warning signals before the event occurs.

At a more basic level, we often see old houses and bridges collapse, and this is quite common in India, where such structures decay. But if you look deeper, you will agree that signals are sent out well in advance. Signals that we miss either because we don’t notice them or because we choose to ignore them, as we don’t want to face the eventuality. This holds for climate change too, where several nations have chosen to ignore the repercussions of destroying the environment for short-term prospects of higher growth.

Also Read
Char Dham Yatra: From state govt to horses, mules owners, all stakeholders earn crores in revenue
Chhath: The solution of environmental loss rooted in Indian tradition
Here are the 5 reasons to opt scented candles to decorate your interiors

Wucker argues that there are five stages in the way in which we react to a gray rhino. The first is the state of denial, where we just say there is no issue, which quickly builds into group-think. This is the starting point because once we are in a state of denial, we will never take any preventive action. As a corollary, when the event takes place, the cure is painful and costly. The financial crisis gave all indications that there was a bubble building up, but the authorities took it as vindication of the ‘great moderation’ in the US and applauded it. The stock scam in India in the early Nineties—or the crony capitalism tentacles in east Asia building up to erupt in the late Nineties—all started off with denials.

The next stage is even more dangerous. The author calls it ‘kicking the can’, or delaying action. We don’t know what to do or how to go about it, and hence look for a way to delay. For example, when we finally accept that there is an infrastructure problem, we do nothing and postpone action. A classic case that we in India can relate to is shortage of any farm product, which can be pulses or onions. We invariably hear officials say there is no problem for a prolonged period of time and then get into a muddle and delay action by hoping things will sort out. In companies, there are rewards and punishments for preventing this. At the government level, there is little that can be done.

Third, once we decide to do something, we have to ‘size the issue’ for which alternatives have to be considered. There will be gainers and losers, and this has to be evaluated and action taken in a transparent fashion, so as to make it acceptable and workable.

The fourth stage involves panic, which is ‘decision-taking against a charging rhino’. Commonly noticed in stock market crashes, the original problem gets magnified. Panic often leads to a crash, as it becomes reinforcing and self-fulfilling.

The fifth part is ‘gray rhino in action’, a time when it’s usually too late. This is when you can only repair the damages rather than minimise the impact.

So how does one go about dealing with the gray rhino? Today, companies, businesses and governments are dealing with threats that are obvious and for which we need to be prepared. This also holds true at the personal level. The challenge is to identify them. We have to introspect regularly on what these rhinos are. The clue is to act fast. Even if big changes have to be made, we have to start in the right direction. The author believes that a crisis is too critical to be wasted and, hence, the theory of creative destruction holds true.