‘There is a great amount of talent inside prisons’: Swaraj Jail University’s Manish Jain 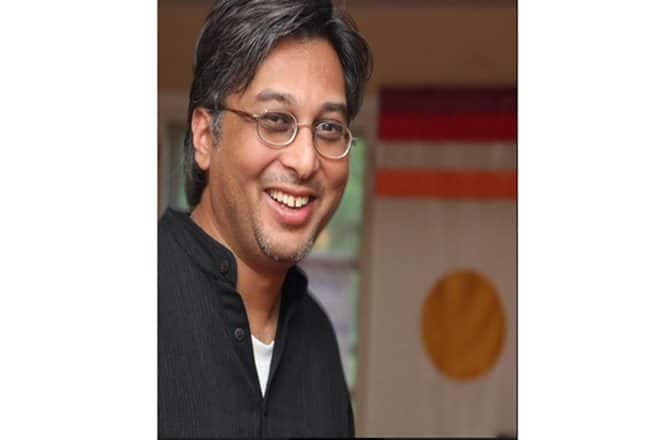 Jain, a master’s in education from Harvard University, was one of the principal team members of the Unesco Learning Without Frontiers global initiative in Paris (1996-98).

Out of the Box-Jail University Band hit the right notes to turn into one of the most popular performances at the Udaipur World Music Festival. The Sufi band owes its origin to Swaraj Jail University , a new radical journey in India’s correctional system. Co-founded by Manish Jain, a pioneering global voice in self-designed learning, Swaraj Jail University is a certificate-less campus where inmates learn and teach, borrowing from their talent, skill and curiosity. Jain, a master’s in education from Harvard University, was one of the principal team members of the Unesco Learning Without Frontiers global initiative in Paris (1996-98). He has also been a consultant to Unicef, World Bank, USAID in Africa, south Asia and former Soviet Union. Jain talks to Faizal Khan about the origins and vision of Swaraj Jail University. Edited excerpts:

We started this journey two years ago. The model is self-designed learning based on the philosophy of intrinsic moderation. The focus is on the gift the learners have, what’s their dream, challenge and curiosity. It basically starts with the idea of asking the learner, ‘What do you want to learn?’
It took off when Art of Living, which was working with the Udaipur Central Jail, saw a future for the inmates beyond yoga and meditation, and invited us to create a different kind of educational model in the jail. The superintendent of the jail was very open to the idea and willing to try a new approach. We started by talking with the inmates, developing friendships to create a structure based on what their needs and interests were… also based on what they wanted to do once they were out of jail.

We now have six programmes running in the jail. There is a music academy and recording studio, yoga and meditation centre, computer, multimedia design and filmmaking, art and painting, and organic farming. There is a tremendous amount of talent in the jail. The inmates are learners, but they are also teachers. We are challenging the idea of a mainstream university to bring more relevance and appropriate models to our country. We want to restore the dignity of inmates.

How did music become an important part of the university’s plans?

Music has tremendous healing power. We have a Sufi band because Sufi music connects people and awakens the soul. The message of Sufi tradition is connected to the lives and spirits of inmates. There was phenomenal response from inmates… They perform every couple of weeks.

Are there any music teachers from classical or modern genres to train inmates?

One of the inmates has a classical background. Young musicians come from outside to teach guitar and drumming. Vipul Rikhi, a professional musician from Bengaluru, also visited the inmates. He is a singer of Kabir’s songs. We keep inviting famous musicians .

What are the facilities available in the jail for composing and recording?

We have basic facilities. There is a recorder and camera for shooting videos and uploading on YouTube. We are now looking for people to sponsor a studio… When jail authorities realised the music academy is becoming a strong movement, they bought professional drumsets, keyboards and guitars. We formed Out of the Box band one year ago. Today, it has 32 members. Many of them are songwriters and composers. We are working with people who have been convicted for up to 16 years for murder, rape and drug dealing.

Any new initiatives in the near future?

The inmates want to learn architecture, so we are starting an architecture programme for them. The first thing we set up was a hair cutting salon and had classes in hair cutting. Some of the inmates are very good at it and they even teach in the salon. We are also making the jail into the biggest art gallery in Rajasthan. There are already 40 murals all over the walls, all painted by inmates. The next big project is a café and takeaway restaurant. We are also tying up with iStart Rajasthan, the state’s incubation centre, to promote entrepreneurship and startup culture in the jail.