The Web has democratised the dining experience, bringing even five-star fine dining to your doorstep

The Web has democratised the dining experience, bringing even five-star fine dining to your doorstep. 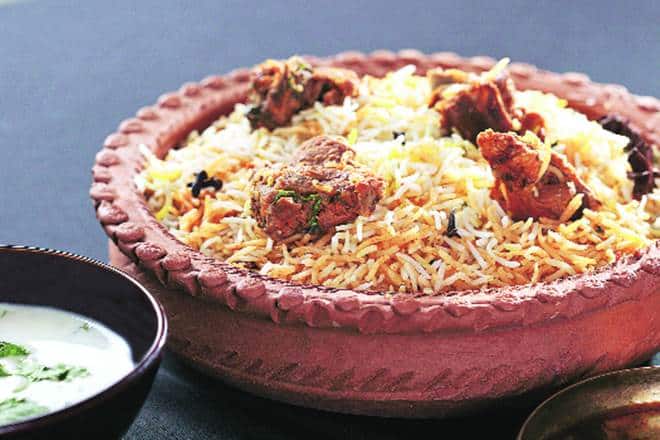 a handi—that might be the best way to describe the food that comes out of the kitchens of Biryani by Kilo, a food tech start-up that runs its kitchens out of Delhi, Gurugram and Noida.

Royal cuisine in a handi—that might be the best way to describe the food that comes out of the kitchens of Biryani by Kilo, a food tech start-up that runs its kitchens out of Delhi, Gurugram and Noida. The online world has democratised the dining experience. At one swipe on a smartphone, every available cuisine can be at your doorstep within an hour. Think back to just a few years ago when all you could hope for with such efficiency was the pizza—and choices were limited to the toppings you could order. Since then, there has been a transformation. Now, with Biryani by Kilo, the transformation goes a notch up—five-star Indian fine dining gets delivered to your home.

The ordering process is straightforward and without embellishment, but the distinct experience starts when the food is delivered to your home. For one, the packaging—little earthernware pots, or handis, in which the biryani is cooked—is accompanied by large diyas to set on the table. Each biryani is cooked in individual handis, so in a sense, the one that reaches your home has been cooked just for you. It’s not been scooped out of some large vat that’s been simmering in the kitchen for hours, toughening the morsels of meat. Biryani by Kilo brings the bespoke into food delivery. It takes the business of delivery seriously and doesn’t assume that the convenience of home delivery is a trade-off for authenticity and food quality.

Also Read
How an Indian start-up ‘Estuary’ is redefining the whisky-tasting experience with its ‘Blending Water’
Inside Virat Kohli and Anushka Sharma’s Rs 19 Crore Alibaug villa
A look at the favourite perfumes of 6 most stylish men in the world
Guru Nanak Jayanti: Five Gurdwaras in India associated with Guru Nanak Dev to visit on Guru Purab

The biryani is the focal point, in that there are two styles one can order from: Hyderabadi Biryani with mirchi ka salan for accompaniment, and Lucknow Biryani with raita as an accompaniment. The two cities, known for their nawabs and biryani, bring their diversity to the plate. The Hyderabadi biryani is also known as kuccha biryani. The meat is marinated overnight or for a few hours at least with a mix of spices. It’s then placed with the cooked rice in a handi and cooked by the dum method. It tends to be heavier and spicer.

The Lucknowi biryani, also known as Awadh biryani, is lighter on the palate. Here, the meat is pre-cooked (pucca biryani) along with the rice, then layered into a handi and sealed. This is simmered over fire for some gentle cooking. It’s a lighter, flavourful biryani—the one from Biryani by Kilo releases a delightful saffron aftertaste.

Biryani by Kilo is a tale of two biryanis, but it’s also much more. It provides a wide range of dishes to choose from, from delicate galauti kebabs and breads to chicken 65, the famed chicken dish from Hyderabad that packs a spicy kick. The breads are simpler and no-fuss: two options are offered—roomali roti and ulta tawa paratha. But when the focal point—and deservedly so—is the biryani, the bread will have to play the supporting cast.

Last but not the least is the chicken korma, which is done a disservice by the restaurant’s name, which immediately signals a biryani order. But this little dish is quite simply the best: chicken mince cooked in a thick, rich (and yes, a tad bit oily) gravy infused with rose water, it’s a must-order and will have you dialing back for it.

Biryani by Kilo is interesting not only because it brings high cuisine to the home dining table, but also because it takes authenticity, cooking method and presentation very seriously. The man behind it, Vishal Jindal, won’t tell you that though, and he doesn’t need to, as the food speaks for itself. In fact, I wouldn’t be surprised that, if given a choice, they pop in and plate the food for you as well. They take their food very seriously, and that is a relief because ordering in can be an impersonal experience and very often a compromise.

One orders in because one doesn’t have the time, energy, company or household help. It’s rarely a celebratory reason, mostly one of convenience. This little delivery outlet, however, blunts the reasons and makes a celebration out of every meal, even one ordered on a dull post-work Wednesday evening, making it the culinary pampering you need to get over the mid-week hump.
Advaita Kala is a writer, most recently of the film Kahaani. She is also a former hotelier having worked in restaurants in India and abroad