The super 10: Superfoods that are Indian at heart

Science has moved on from making nutrient-specific guidelines to food-based guidelines, of eating local, fresh, seasonal 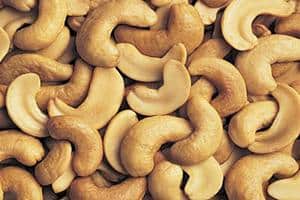 You say that foreign foods are not as beneficial. But that is only when they are imported and are obviously not fresh, having accumulated many food miles. (Reuters)

ANYONE AWARE of dietary fads would be aware of superfoods—foods packed with nutrients that deliver large doses of antioxidants, vitamins and minerals, and which are likely to reduce the risk of chronic diseases. But while you would normally associate superfoods with exotic things like kale, broccoli, berries, chocolate, etc, there are everyday items like rice, ghee and sugar (yes, you read this right) that are as beneficial.

This is what fitness expert Rujuta Diwekar explains in her new book, Indian Superfoods. In a tight 80 pages loaded with information, she lists 10 Indian foods that, according to her, pack a healthy punch. In listing things like rice, ghee, banana, coconut, cashew nut, aliv, kokum, jackfruit, sugarcane and ambadi, she not only shatters some myths, but makes startling revelations too. In an interview with FE, she talks about how these local and traditional foods score over exotic stuff. Edited excerpts:

You advocate a return to ancient traditions. While there’s no denying that most such habits are better in many ways, and today’s lifestyle is more a result of hectic schedules, for example, diapers and processed food, use of substances like ghee and sugar are more suitable to people indulging in physical work, and not for today’s hooked-to-computers generation. What do you feel about this?

I think eating right is step one to getting more active. There are loads of people out there who wish that they had the energy to go for a walk after returning home from work or actually utilise the gym that they have paid for. What is missing here is not the will to move, but the sheer lack of energy. Ancient foods go a long way in addressing that issue. Not just are they wholesome in the nourishment they offer, but are invariably pleasant to taste buds and, most importantly, low on the glycemic index. This ensures that your body receives sustained energy through the day unlike the high and immediate slump that comes with stimulants like cigarettes, coffee, etc. So the ‘hooked-to-computer’ generation benefits from this kind of food because in the absence of sustained glucose to the brain, there is an over-reliance on stimulants that is harmful.

That foods like ghee and sugar are fat and carbohydrates is a reality. They may have benefits, but they have negative effects too. So how does one know about the optimum use of such foods so that the body only benefits from their use. Can you be more specific on quantities?

The fact is that these are partial realities. The other fact is that as long as food is viewed from the narrow window of carbohydrates, proteins and fat, all that you have is confusion in the minds of people as to what they should exactly eat. The other fact is that the nutrient that is declared as the villain based on science and clinical research a few years ago gets declared the superhero for the same ailment that we were asked to avoid it for in the first place. Take the case of fat or, more specifically, cholesterol. In the 1970s, you had to avoid fat and cholesterol to avoid heart diseases, said the USFDA (United States Food and Drug Administration). Today, the same USFDA says there’s no upper limit on total fat intake and that cholesterol is a nutrient that is no longer of concern for over-consumption.

Science has moved on from making nutrient-specific guidelines to food-based guidelines, of eating local, fresh, seasonal. It’s time that this info makes its way to the media too.

As far as quantities are concerned, if a human being pays attention to what she is eating and doesn’t rush through her meal, she will know exactly where to stop eating. We are born with the ability to self-terminate eating; we do not need a dietitian or a doctor to tell us where to stop. Some things are worth doing yourself; this is one such thing.

You say that foreign foods are not as beneficial. But that is only when they are imported and are obviously not fresh, having accumulated many food miles. But today, most foods are grown in India too. We are producing our own olive oil in Rajasthan, quinoa in Andhra, cocoa, coffee, wine, etc. What do you have to say about this?

Agriculture and health are the same side of the coin. It’s important that the food we produce blends not just with the crop cycle, climate and ecology, but also the culture of the region we grow it in. When you grow quinoa in Andhra, it is replacing a local millet like ragi that turns into mudde/sangati (rai balls eaten with groundnut chutney), a local staple meal. The same goes for all the examples you have stated. When you push a crop out to grow what is currently the rage in the market for gluten-free, vegan, etc, you do it at the cost of a staple. In the process, you not just wipe out a local meal, but an entire culture and way of life. It’s like when a language is lost, it’s not just words that are lost, it’s the wiping out of a way of life, wiping out the history of a native community.

We must think of things from a larger, bigger perspective and give up on our need to constantly copy the West at the cost of ignoring the local produce. The local ker sangri of Rajasthan is just as nutritious as the olive, if not more. Why give up one for another? So the big picture is beyond the food miles; it’s also about how we attach a poor image with local and eat imported to appear global. It’s about understanding culture, climate, crop cycles and not making decisions that will prove to be problematic in the long run.

What was the criteria used in the selection of superfoods that you have listed. You are busting misconceptions about some and advocating use of some. What made you choose them? And what about garlic, chocolate, etc?

I chose these 10 foods as representations of many others like them. So ambadi speaks up for all the local greens that we no longer eat; jackfruit for every local, indigenous fruit that has fallen out of favour. The foods make it to the list because they are versatile—every part of the plant can be used. They blend into local food culture, ecology and are climate-resilient. They are my one stone for three birds—health, economy and ecology.

Can you give more details on stevia vs sugarcane?

There is no versus here. Sugarcane is one of our panch amrits—it’s versatile, you can eat the sugarcane raw, it’s made into a cold-pressed juice—way before it became the rage that it currently is. It helps rejuvenate the organ that detoxes the body, the liver. You can eat the jaggery with bajra roti with ghee to keep warm in winters, the khadi shakkar, the mishri, the sugar crystals in the sherbet to cool down in summers.

How are we eating stevia? To reduce calories from colas, chocolates, etc? Isn’t that very limited? Until the 1970s, stevia was considered toxic and not allowed as a food additive in the US. It’s only after the 1980s that the cola giants got it approved as “generally regarded as safe” and it made its way into low-sugar colas. And yes, stevia is a plant, but then so is sugarcane. So no discrimination please.