The promise of prose

In this novel, women’s lives told with sobriety manage to hold the reader till the very end 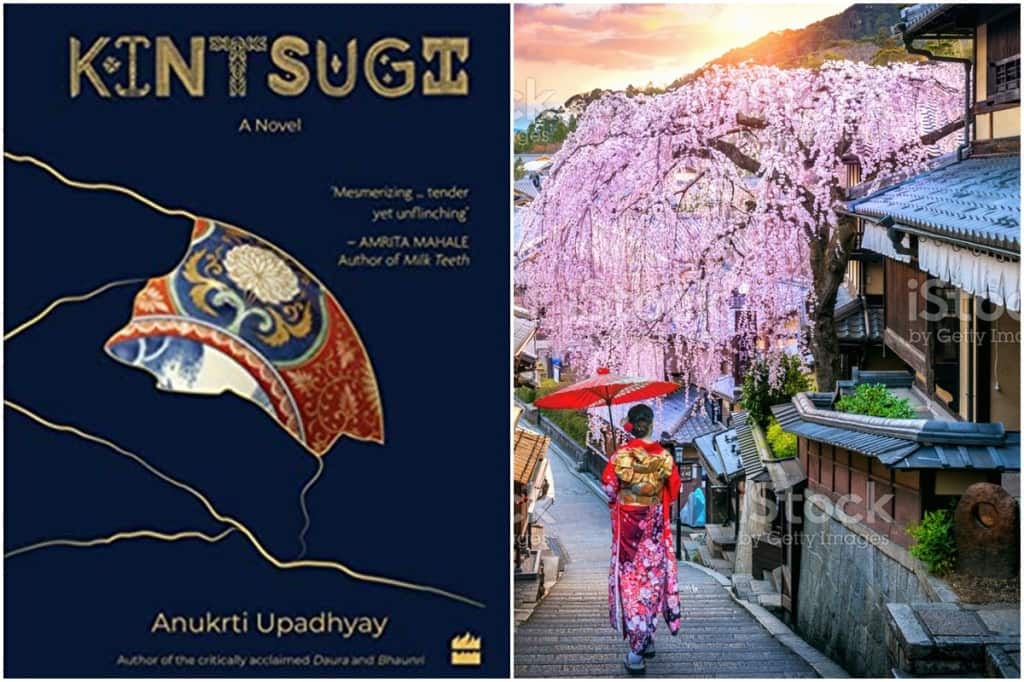 Kintsugi is not a novel of rich ideas, it’s not a grand drama, doesn’t attempt any stylistic experiment, and yet managed to hold me till the very end.

Impressed by Anukrti Upadhyay’s previous novella Daura, a layered narrative in multiple and often baffling voices, I had high expectations on Kintsugi.

It begins at a languid pace and by the end of the first chapter, which is 60 pages, I had resigned myself to a minor disappointment. But the new novel by the bilingual writer gradually began to gather itself. The interconnected stories of several women characters located in Jaipur and Japan, stories told plainly with little froth touched some subtle corners within. Each chapter narrated from a different perspective conveys some fundamental dilemmas these women face:

Also Read
Book Review| Ambedkar: A Life – Babasaheb revisited
On the shelf: Here are some of the e-books that you may find interesting
Is there anything like good alcohol? Find out

when things are falling apart, seemingly inevitably and irreparably, should one remain a quiet witness to the broken pieces or try to fix them? Should one follow the dictum of a patriarchal society that it’s the job of a “housewife to fix and repair” because women “are handy at mending”, or evolve a distinct aesthetics that lends worth to broken pieces as well?

The novel derives its title from the ancient Japanese art of mending broken objects with gold. The novel, then, can be read as a metaphor of fissured relations that cannot be easily mended.

The narrative opens at Johri Bazar in Jaipur that is hosting a Japanese woman Haruko. Here to learn the art of making jewellery, Haruko develops feelings for a young doctor, Prakash. But Prakash is waiting for his fiancé Meena to return from Japan after completing her education. Meena finds other loves in Japan, and the distraught Prakash enters into a brief intimacy with Haruko before she, a little dejected, quietly leaves India.

In Japan, Meena has a sexual bond with another woman Yuri, and is also in love with Hajime. Yuri kills herself because she cannot tolerate Meena with a man. Years later Haruko crosses her path with Hajime in Singapore, when he tells her about his brief romance with Meena.

Among them is Leela, the daughter of an artisan in Jaipur, who aspires to become an artisan, only to be rebuked by her family that it’s not a woman’s job. She revolts against the family with Haruko’s help and sets up an independent unit of making jewellery.

The plot is impressive, the prose delicate and sober. The strands cross each other at several intersections, leaving the reader alert. But must it be enough?
A bilingual author, Upadhyay has published a story collection in Hindi and two novellas in English. Writers who work in more than one language often carry a distinct sensibility. The creative mind finds itself translating and transcribing the emotions of one language into the other. If the writer is conscious of this creative process that takes place in the subterranean of the mind, the conversation between the two languages can enrich the text in unimaginable ways.

Upadhyay said in a recent interview that she wrote poetry in Hindi and fiction in English. Even the short stories she eventually published in Hindi were first written in English. I like to believe that the first language of several bilingual Indian writers carries an innate lyricism, a mythical element that often receives a touch of reason and logic when they switch to English. The vice-versa should also be true; the first language lends a dreamy element to their English.

Upadhyay’s writings confirm my belief, and hence the expectations.

Kintsugi is an authentic narrative but perhaps needed a little deeper plunge into the inner lives of characters. The relationship between Yuri and Meena could be more incendiary, for instance. The tale of Leela, the youngest among all the women, could be etched out with greater vividness.

I don’t buy Ursula K Le Guin’s advice “to avoid fiction about dysfunctional urban middle class people written in the present tense”; I nevertheless believe that this planet has seen too many novels about human relations to not feel a little fatigued of them. Unless it goes way beyond what’s already been unearthed about human bonds and digs out a deeper truth, such a narrative may not invite a second reading.

Another issue is about the mode of narration that, I believe, any serious practitioner of the novel, must give a careful thought.

If novelists still want to remain in the realm of realism, used and overused over the last few centuries, then they may either explore some extraordinary ideas (a good recent example is Michel Houellebecq’s Atomised) or offer blistering details (some of Elena Ferrante’s fiction). Else, the novel is likely to suffer from what can be termed as fiction deficit.

I plead guilty of being a reader with high expectations. But it only reflects my unbridled faith in the genre that the novel is—and in the promise that Upadhyay’s prose holds. Allow my reader some guilty pleasure, please. Waiting for the next book by Upadhyay.

Follow us on
Latest News
India qualify for T20 World Cup semifinals after Netherlands stun South Africa
Smile badge, No-bag day and more: This Maha village school motivates students through unique initiatives
Gujarat Assembly Elections 2022: AAP releases tenth list of candidates for state polls; 139 candidates announced by party so far
Pakistan: Chaos at the cross roads and what it means for India?
Garcia tops Kasatkina for final spot in semis of WTA Finals
Delhi’s air quality in ‘very poor’ category, min temp settles at 17.5 deg C
Thousands march in Peru, demanding resignation of leftist President Pedro Castillo
Photos
Dazzling & Astounding! Proposed design of the to-be redeveloped Dakaniya Talav Railway Station in Rajasthan-PHOTOS
16 hours agoNovember 5, 2022
Heart-wrenching! Here is a look at Morbi and the suspension bridge that collapsed
6 days agoOctober 31, 2022
In Pictures: PM Modi in Kargil to celebrate Diwali with soldiers, says, ‘All of you have been my family for years now’
2 weeks agoOctober 24, 2022
Read More
×
China’s posts 6-month high COVID count as it sticks with strategy
Book Review| Ambedkar: A Life – Babasaheb revisited
On the shelf: Here are some of the e-books that you may find interesting
Book Review| The Dolphin and the Shark: Stories on Entrepreneurship
Contributor to climate change! Holiday ‘hot’ spots
Is there anything like good alcohol? Find out