Agra’s tourist attraction Taj Mahal has emerged as the most popular in Asia for global ‘virtual travellers’, according to Google. 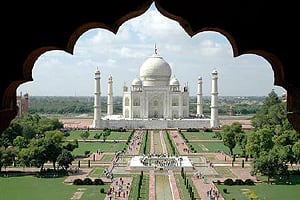 Agra’s tourist attraction Taj Mahal has emerged as the most popular in Asia for global ‘virtual travellers’, according to Google.

“Taj Mahal has emerged as one of the most popular Asian places for global virtual travellers. The fascination with this grand, symmetrical white marble mausoleum also holds within Asia, with the Taj Mahal ranking as one of the most globally viewed destinations by people in Singapore, Australia, Korea, Philippines, Malaysia and of course, India,” a Google statement said.

“Last year, global virtual tourists had favoured Japan for its trails weaving up Mount Fuji, its colourful canal at Dotonbori and its secluded ruins at Hashima Island, as the most popular Google Street View destinations in Asia,” it said.

Google Street View is a technology featured in Google Maps and Google Earth that provides panoramic views from positions along many streets in the world.

Though Japan still attracts many of virtual tourists, cultural monuments and temples across the region are also taking centre stage, it said.