Summer of Mangoes: The ‘king of fruits’ is back! Check Maharashtra’s delicious Mango varieties

Maharashtra is the largest mango exporting state in the country, and accounts for over 80 per cent of the total exports. 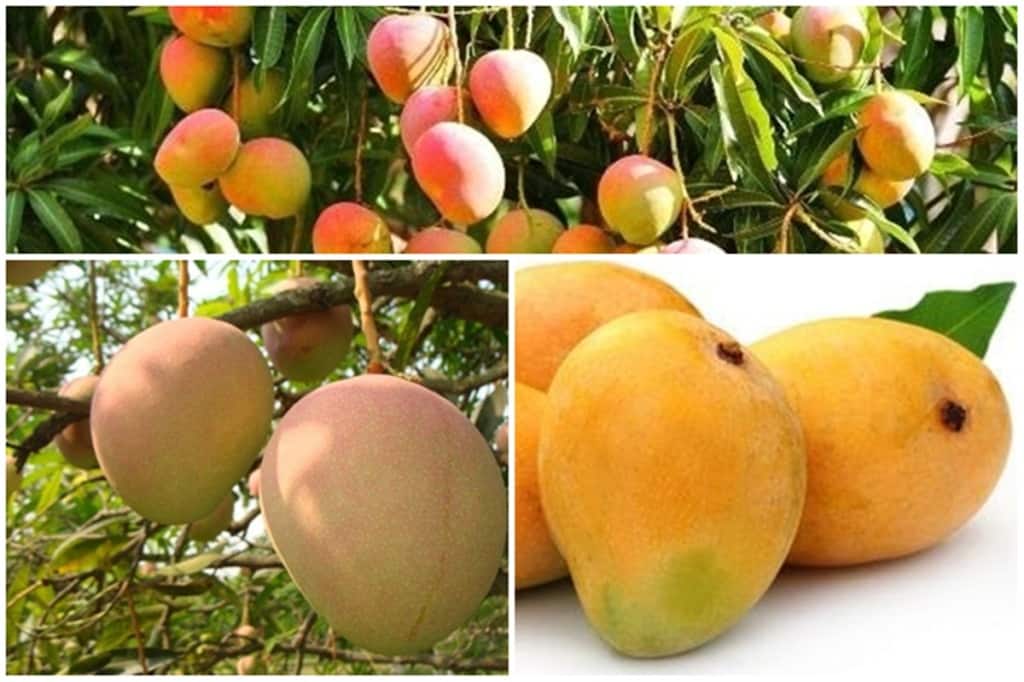 As per the research paper, titled ‘Mangoes through millenia’ by Dr. Y N Nene, the mention of mango was found in Upanishadas, Vedas and Mauryan Inscriptions.

Rich, aromatic and sweet… A bite into delicious, juicy flesh of a fully ripe mango can be blissful! For mango-lovers, the summer is the time to gorge on their favourite fruit. Maharashtra is the largest mango exporting state in the country, and accounts for over 80 per cent of the total exports. Mango is one of the leading fruit crops of the State. The State is home to huge mango biodiversity. Although mango is grown throughout the length and breadth of the State, Konkan region is one of the biggest mango growing belts in the country. Around 205 varieties of mangoes can be found in the Western Ghats in Maharashtra. Interestingly, Maharashtra is the only State which has got Geographical Indication (GI) tag for Devgad Alphonso mango.

Another interesting point to note is that the size and shape of mango has a great deal of significance. Most of the mango varieties are predominantly named based on their size, shape, taste, aroma and liking of various Kings or Emperors.

Here are some of the popular varieties of mangoes that are found in the State:

Although Mankurad is extensively produced in Goa, its orchards are found in Ratnagiri and Sindhudurg. This delicious fruit is yellow and oblong, and develops black spots as it ripens.

Malgova is a large round shaped mango which retains its green colour with hints of red when it is ripe. It can be seen in the market at the end of the season. It is mostly found in the North Konkan, and in Aurangabad, Parbhani, Beed in Aurangabad district.

Kesar is a small to medium fruit with a roundish shape and a distinct curved tip. It has been named after Saffron or Kesar because of its orange hue. It is considered to be one of the rarest mangoes. It is harvested at the beginning of the season and found mostly in North Konkan, Dhule, Jalgaon and Nandurbrar in Nasik district, Aurangabad district and Marathwada.

Vanraj has purple skin and brilliant yellow flesh, with sweet and sour flavour profile. It also has good shelf life and is available in the middle of the season. It is found mostly in North Konkan region and Nasik district.

Rajapuri is the largest of the Indian mango varieties and has an attractive combination of smooth and unblemished yellow, orange and red skin. It’s strong floral aroma and sweet flavor makes it one of the most popular table and cooking mangoes. It is also good for pickles. It is found mostly in Aurangabad district.

Pairi is deliciously sweet in taste with mild tartness and has firm pulp. It is a nutritionally rich fruit with unique flavour and fragrance. Known to be fibrous and juicy, it is one of the most popular choices for the popular ‘aam ras’. It is found mostly in South Konkan region including Ratnagiri and Sindhudurg.

Alphonso is also known by different names in different regions, such as Badami, Gundu, Khader, Appas, Happus, and Kagdi Hapus. It has long been one of the world’s most popular fruits and is exported to various countries. It has a rich, creamy, delicate, non-fibrous and juicy pulp.

As per the research paper, titled ‘Mangoes through millenia’ by Dr. Y N Nene, the mention of mango was found in Upanishadas, Vedas and Mauryan Inscriptions. The original Indian mango breeds were juicy, with lots of fibre and had a short shelf-life. These mangoes in colloquial terms are called today as ‘Raywal’ or ‘Ranwal’ meaning ‘forest breed’. These forest breeds were used to create hybrids like Alphonso as these breeds were better adapted to climate change.

Alphonso was named after the Portuguese Viceroy, Alfonso de Albuquerque, who conquered Goa and laid the foundations of the Portuguese Empire in Asia in the 15th century. The main reasons for its popularity among the Portuguese and European officials were that they could include it in their regular meals and, because of its extended shelf-life, it could be sent back home as gifts.

Alphonso became the king of mangoes due to its attractive colour and delicious taste that lasts long.

Dr. Mahesh Kulkarni, Assistant Professor at Udyan Vidya Mahavidyalay, a constituent college of Dr. Babasaheb Sawant Kokan Krushi Vidyapith, said, “Mango was named ‘Aam’ because it was commonly found and is favourite of the rich as well as poor. The area covered for cultivation of mango was 40,000 hectares in Maharashtra in 1990, now it is 4-5 lakh hectares. This has given a boost to food processing industry. Kokan Krushi Vidyapith has developed a number of technologies to promote mango cultivation across the State and all over India. The University has developed nurseries for creating healthy grafts and helped mango cultivators with essential training. In Konkan region alone, there are about 500 nurseries.”

He further added, “Mango is probably the only fruit which is known by its specific breeds. Hence I request all consumers not to stick to one variety for a lifetime. Buy prudently and try all different varieties, as you may miss out on some interesting flavours.”

Kuldeep Joshi, a mango cultivator from Devgad in Sindhudurg said, “Our family has been producing and trading mangoes for the last 50 years. Devgad Hapus is one of the most delicate varieties of mango, so special care has to be taken after flowering. Devgad Hapus has recently been given a geographical rating, so consumers have become more aware of genuine Devgad Hapus and we hope that soon all Devgad Hapus growers will get a geographical rating certificate and thus curb the sale of fake mangoes under the name of Alphonso.”

Mango is rich source of vitamin A and C. It is used at all stages of its growth, both in its immature and mature state. Raw mango is used for making chutney, pickles, and juices. The ripe mango besides being used for dessert is also used for preparing several products like squashes, syrups, nectars, jams, and jellies. The mango kernel contains 8-10 percent good quality fat which can be used for soap and also as a substitute for cocoa butter in confectionery.