Six Planet Hollywood restaurants to be launched in India 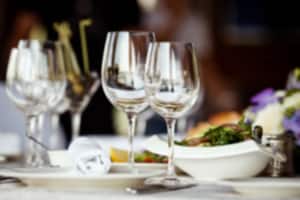 Actor and entrepreneur Sachiin Joshi owned Viiking Ventures, which has the franchise for Planet Hollywood brand in India, is all set to open six Planet Hollywood restaurants in the country, of which three would be launched in all probability by the end of 2016, in Gurgaon, Mumbai and Bengaluru. “We are in talks for six restaurants. Three of them have already been converted. It will be take 15-18 months after signing. These are larger format restaurants – not just 5000-6000 sq ft, but about 30,000 sq ft area. We will be managing the restaurants,” said Joshi.

Joshi has ambitious expansion plans for his hospitality division. Currently, the company owns two properties – Planet Hollywood Beach Resort, Goa and Beatle Hotel in Powai, Mumbai. “By 2018 we will have six more properties across India. We are looking at Delhi, Pune, Hyderabad and Ahmedabad. I have Planet Hollywood franchise for the entire country and will be opening up 10 -12 Planet Hollywoods, including restaurants and hotels. Not necessary all of them will be mine, I will add two more hotels. I am also trying to get a new chain, which has not entered the Indian market yet. It will be a large company and I do not want to talk about it now. I am also in talks with other brands that are existing in the country for some of my properties. It will be a mixed portfolio, some would be managed by us and some by operators,” mentioned Joshi.

The properties will be in metros and Tier I cities. “We have been investing in hospitality since 2002 while acquiring the real estate. That has gone to the tune of INR 1500 crores, to develop the properties another INR 1500 crores will go in,” he informed, pointing out that alcohol business in the next five years will take another INR 500 crore. He is looking at acquiring more brands, in the category of Scotch, Single Malt, whiskies. The investment will be from internal accruals and other sources.

In a major development, Joshi invested INR 90 crore in acquiring Goa’s favourite beer brand, King’s Beer, which is now rebranded as Goa Kings. The packaging has been changed, with a redesigned crown and embossed logo. The initial investment entails expansion of the plant facilities in Goa to increase production and marketing it across India, in phases. Viiking Ventures has formed a 20 year partnership with Impala Distillery and Brewery, under which the latter will be taking care of the production process while the former will be responsible for marketing. The production capacity is being increased by almost three times (from 30,000 cartons a month to 1 lakh cartons). Joshi informed that the target is to go up to 10 lakh cartons per month in the next three years.

He is looking at investing another INR 100 crore in the brand in the future. “I understand the pulse of the youth. I have been taking Kings Beer for over a decade now. After 22 years of the brand being in Goa, we will be taking it to the rest of the country,” he said. The beer brand will be available in Mumbai in mid August. Maharashtra, Telangana, Karnataka and Andhra Pradesh are the four states where the brand is being introduced initially, followed by other states. “We are also planning to launch in six countries. We have already got orders for Goa Premium from the Gulf,” stated Joshi.