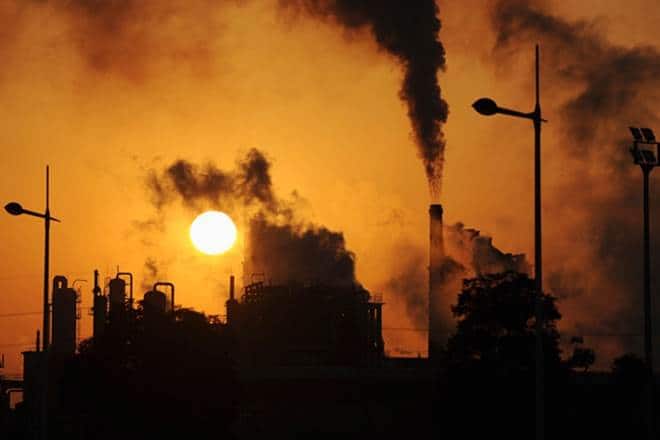 In addition to causing severe diseases and mortality, air pollution can also contribute to global warming or climate change.

As air pollution threatens everyone — from unborn babies to children walking to school, to people cooking over open fires — scientists are employing a wide variety of technologies like high-altitude balloons and biosensors to monitor air quality to help in the fight against the global public health emergency. Navakanta Bhat, a professor at Indian Institute of Science, Bangaluru, has devised gas sensors with ultra-precise detection accuracies necessary for environmental monitoring.

“With the growing air pollution worldwide, today clean and fresh air is becoming a luxury and premium. If the air pollution continues unabated, it will have very serious and debilitating health implications,” Bhat told PTI on the eve of World Environment Day on June 5. He noted that some cities such as Delhi have seen growing incidence of respiratory diseases including bronchitis, severe asthma attack to name a few.

“Unless the citizens are aware of the quality of air that they are breathing, they will not be compelled to take stern actions and remedial measures,” said Bhat, who was awarded the 2018 Infosys Science Prize for his work on the design of novel biosensors. He noted, in this context Air Quality Monitoring (AQM) at every location, becomes extremely important to provide quantitative metrics on various pollutants in the ambient air around us.

Also Read
Spectacular comets of recent times
International day of forests: Collaborative effort to help save our forests
Wondering why it never snows in Delhi even when the city is colder than many hill stations? Here’s the answer
Intense cold wave conditions grip North India; Delhi colder than Dharamshala, Nainital and Dehradun

Today, the typical air quality sensors used in pollution monitoring stations are very bulky, extremely expensive and cannot be scaled as they are based on optical absorption spectroscopy principle. Using nanomaterials, the team has been able to achieve detection limit down to ppb (parts per billion) concentration level. This technology is scalable, analogous to silicon electronics chip technology and hence can achieve very low cost and high performance.

“In fact, we have been able to develop a single chip with four different sensing elements, capable of detecting CO2, CO, NO2 and SO2,” Bhat said. According to a 2017 Lancet study, air pollution kills over one million people in India annually. The World Health Organisation (WHO) has declared air pollution as a “public health emergency” across the globe.

In addition to causing severe diseases and mortality, air pollution can also contribute to global warming or climate change. S K Satheesh, Professor at Indian Institute of Science, studies black carbon aerosols, the dark, light absorbing, microscopic particles in air which greatly influence the energy balance of the atmosphere over the Indian subcontinent. Satheesh noted that atmospheric aerosols are of both natural and man-made origin. Black carbon (BC) is considered as the most important climate-relevant aerosol species due to its high-absorption properties and consequent atmospheric warming potential, said Satheesh.

Black carbon is mainly produced from burning of biomass and fossil fuels. Vehicular emissions and coal-fired thermal power plants are examples of black carbon aerosol sources. “We have shown that this leads to strong north-south gradients in aerosol-induced warming at higher levels,” Satheesh, who was also awarded by the Infosys Science Foundation (ISF), told PTI. “Our experiments using high-altitude balloons and modelling have shown that it is in fact possible for the black carbon injected by the high-flying airplanes to react stratospheric heights. This can pose a major threat to the ozone layer,” said Satheesh.

He noted that India has committed to reduce its emissions intensity by 33 per cent of its value on 2005 by around 2030 according to the Paris agreement. “We also committed to derive four per cent of our electricity from renewable energy sources by 2030. This requires substantial efforts to mitigate emissions of all sorts. Also, transition to renewable energy is an important step in this context and requires policy decisions, Satheesh said.

“Since emission from vehicles is another major source of black carbon, it is necessary to control the ever increasing number of registered motor vehicles in the country through policy decisions,” he said. The theme for this year’s World Environment Day is air pollution. Bhat said the open issues to be addressed include long term reliability, drift and calibration of sensors to monitor air pollution.

“It is quite likely that we will see such gas sensors integrated in our smart phones in the next five to 10 years’ time frame. “Once such sensors and the air quality data is available, a layperson can use this information to arrive at very important decisions at individual level as well as community level,” Bhat said.