The need of the hour is to realise that apart from just spreading awareness of the crisis, humans also need to actively campaign against it. 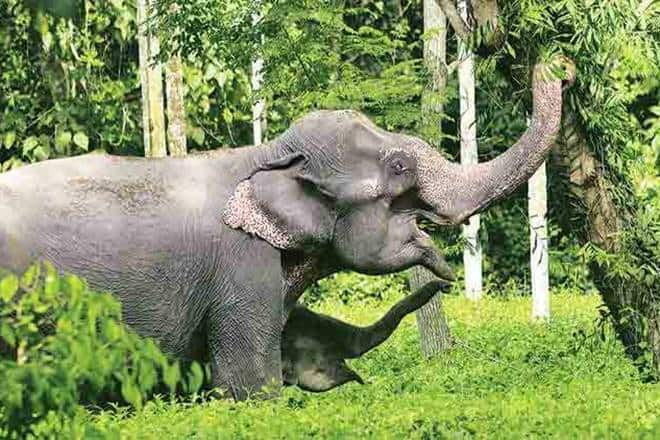 The time for denial is gone, and it should have been gone a long time ago.

World Elephant Day 2020: In 2017, the World Elephant Day, marked on August 12, was celebrated by placing a life-sized ice sculpture of a jumbo in the Union Square in Manhattan. The move had left many confused, since a sculpture made of marble would have been more permanent. However, by the end of the day, the ice sculpture had melted into a puddle – but it left a powerful visual metaphor depicting the quick disappearance of these mighty animals from the Earth.

While the ice sculpture metaphor ended three years ago, the jumbos continue to disappear due to the lack of humanity.

What makes humans even guiltier is the fact that there is abundant information about these giant creatures and their rich consciousness, and this information is probably more than documented for any other mammal.

However, hundreds and thousands of elephants lose their lives everyday, globally. These giant creatures can be discerning, creative, playful, highly intelligent and mournful, and yet, humans manage to violate the self-created arbitration. There are regular violent human-elephant conflicts that humans subject these animals to, and these conflicts can often lead to severe consequences.

It is increasingly common for conflicts between elephants and local population to emerge, since most of the jumbo habitats are either close to or something adjoining the human settlements. According to the WWF, India witnesses about 40 to 50 elephant deaths due to these conflicts every year. And this year, the country has already recorded around 30 deaths of wild and captive jumbos between May 27 and June 29. These have been recorded after Saumya, an elephant in Kerala, died by consuming a fruit snare that contained explosives. This proves that the stats are true and very likely outpaced by now. There, it is time the elephant in the room is addressed.

These intense conflicts may make sensational headlines and give rise to haunting photojournalistic exposes, but they also point towards the emergence of a reality where these gentle creatures are being forced to make use of their massive structure and abandon their gentleness due to these very conflicts. Elephants have an advanced cognition which guarantees that every assault that they are subjected to is felt by them with an intensity that is unfathomable to humans, since this level of menace is nothing that can make sense of using their own frame of reference.

The time to deny is gone and it should have been gone long ago. The global economy is now going to try and recover from the economic damage that has been caused by the coronavirus pandemic, and the consequences of such a recovery are not going to bode well for the jumbos. Usually, developing countries like India join the race to economic recovery as quickly as they can, more often than not, at the expense of the environment.

The need of the hour is to realise that apart from just spreading awareness of the crisis, humans also need to actively campaign against it. Animal rights organisations like FIAPO not only commit themselves to achieving these goals, but they also fight legally for the rights of elephants. FIAPO has also been proposing changes in the policy that would work in the long term and effectively protect elephants from violence they face in unnatural man-animal conflicts and in captivity.

If these conflicts do not end and humans do not resort to distant adoration, then the day is not far when humans might just have to go to museums to observe the reassembled skeletal structures of these giants.