Why some galaxies are better at forming new stars decoded 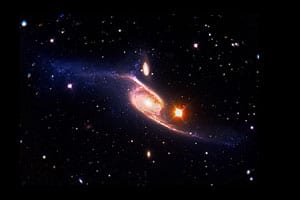 Research by a team led by Michigan State University found that galactic ‘rain’ or precipitation can slow down star formation in galaxies with huge black holes.

When conditions are right, cooling gas clouds help make stars. However, some of the clouds fall into the massive black holes that reside at the centre of the galaxy clusters.

That triggers the production of jets that reheat the gas like a blowtorch, preventing more stars from forming.

The researchers, using NASA’s Chandra X-ray Observatory, analysed X-rays from more than 200 galaxy clusters. They could pinpoint how this process of precipitation affects the environment around some of the universe’s largest black holes.

The galaxies within these clusters are surrounded by enormous atmospheres of hot gas that normally would cool and form many stars. However, this is not what astronomers see. Usually there are only feeble amounts of stars forming.

“Something is limiting the rate at which galaxies can turn that gas into stars and planets. I think we’re finally getting a handle on how this all works,” said Mark Voit, an MSU professor of physics and astronomy who led the research team.

In these galaxies, the movement of heat around the central galaxy, perhaps due to a collision with another galaxy cluster, likely “dried up” the precipitation around the black hole.