The Pacific ‘Ring of Fire’ is understood to be the region which accounts for more than 75 percent of the world’s volcanoes. 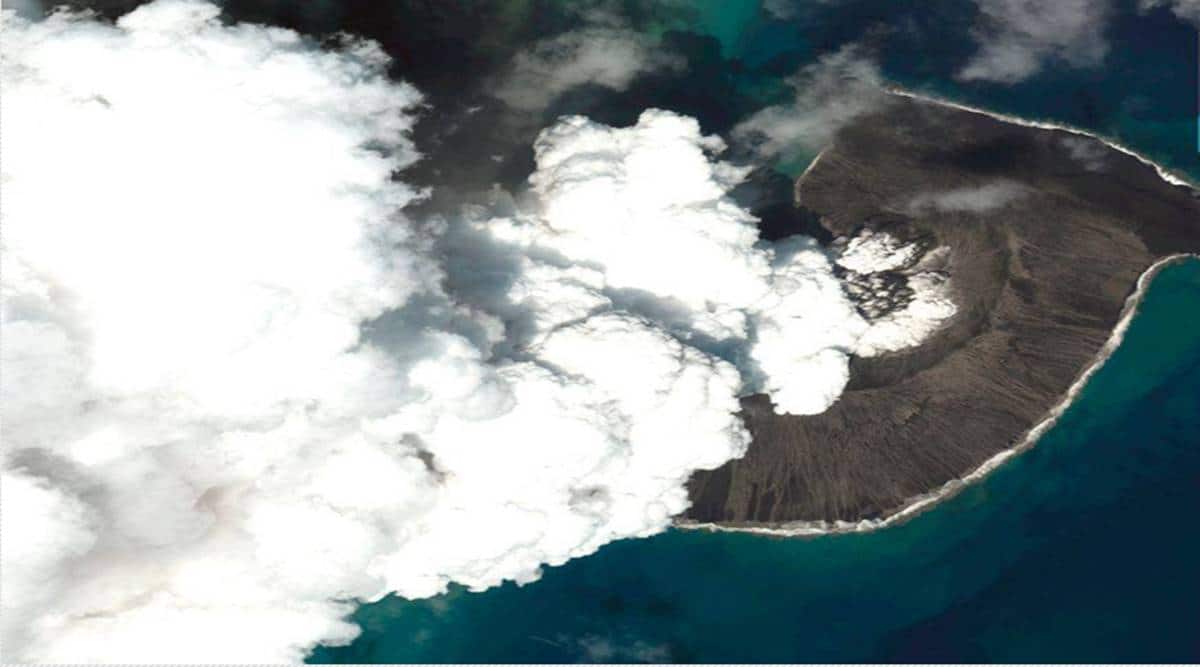 The 'Ring of Fire' seismic disturbances and turbulence has caused several catastrophic Tsunamis and Earthquake tragedies in the closeby countries including Japan, Philippines, Indonesia among others. (Credit: Satellite image ©2022 Maxar Technologies via AP)

Recently a massive volcano named the Hunga Tonga-Hunga Ha’apai volcano erupted releasing huge quantities of ash and smoke  thousands of feet into the sky. The volcano erupted at an island and the volcano had first become active in the year 2009. According to an Indian Express report, the volcano is in the vicinity of the Pacific ‘Ring of Fire’ and at a close distance of 60 kilometers from the island nation of Tonga.

The Ring of Fire region spans over 40000 kilometers and spreads from New Zealand in a clockwise direction to Tonga, Kermadec Islands, Indonesia, Philippines, Japan, North America and South America. Scientists and Geologists have found that the Ring of Fire region of the Pacific Ocean is in close proximity with several tectonic plates including Pacific Plate, Philippine Plate, Juan de Fuca plate, Cocos plate among others and this is why the region is extremely seismic in nature. When these gigantic oceanic and continental plates move and collide against one another, huge earthquakes and volcanoes are generated in the region.

In the recent TOnga volcano, the Pacific Plate is known to have pushed down below the Indo-Australian Plate and Tonga Plate. The phenomenon led to the rise of the molten rock and release in the form of volcanoes. The ‘Ring of Fire’ seismic disturbances and turbulence has caused several catastrophic Tsunamis and Earthquake tragedies in the closeby countries including Japan, Philippines, Indonesia among others.