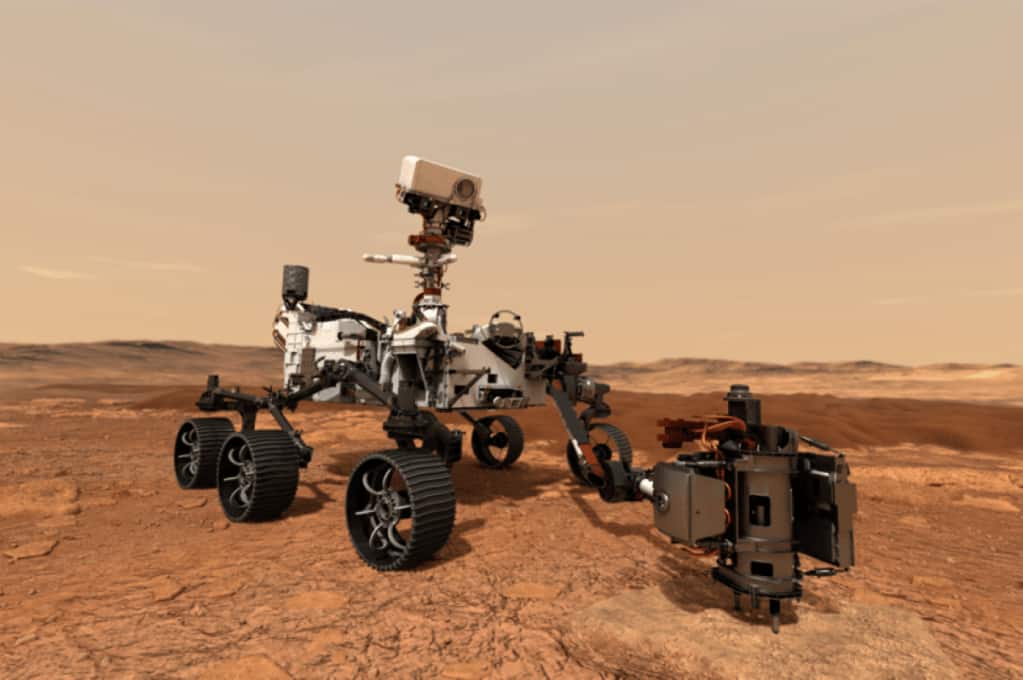 NASA’s mission would enter the orbit of our neighbouring planet on February 18. (Image: NASA/JPL-Caltech)

NASA Perseverance Mars rover: With NASA’s Perseverance rover’s landing on Mars just around the corner, the US’ space agency is building up its own excitement as well as that of Science lovers. In July last year, three missions from three different countries had taken off for the Red Planet – the UAE’s Hope orbiter, China’s Tianwen-1 mission, and NASA’s Perseverance. On February 9, the Hope probe entered the orbit of Mars, and a day later, China’s Tianwen-1 also entered the orbit of the Red Planet. However, NASA’s mission would enter the orbit of our neighbouring planet on February 18.

Of these three missions, UAE’s is only an orbiter, while China’s Tianwen-1 would attempt to land its rover on the Martian surface in a few months. On the other hand, NASA, which has already landed several previous missions on the Red Planet, would attempt to land its rover on the surface of Mars on February 18 itself with the aim of collecting soil samples from it to help scientists understand the ancient microbial life that might have been present on the planet at some point in the past.

And to prepare science enthusiasts for the big event, NASA has now released a dramatic video, almost like a movie trailer, showing how it envisions the mission going down. The video shows the NASA probe blazing through space, approaching the Red Planet before reaching the desired spot to set into motion its dissent protocol. There, the Perseverance rover is lowered onto the surface with the help of a sky crane, which then flies away.

On Feb. 18, the @NASAPersevere rover lands on Mars to search for signs of ancient life and to test technologies that will prepare the way for future human exploration of the Red Planet. Here’s how to ride along: https://t.co/my2sbHYtRh #CountdownToMars pic.twitter.com/GuIyyb6Sb1

Complete with inspiring music and dramatic captioning, NASA is ready to have people tune in to watch live the landing of the Perseverance in the 45-km-wide Jezero Crater.