US space industry opposes use of ISRO launch vehicles; says tough to compete

Corporate leaders and officials of the fast-emerging American private space industry said it would be tough for them to compete against low-cost ISRO launch vehicles. 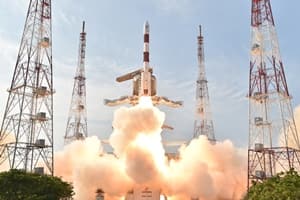 Amid the US’ push to expand cooperation with India in the space sector, the country’s nascent private space industry has expressed its opposition to the large scale use of low cost ISRO launch vehicles for putting American satellites into orbits.

Such a move, corporate leaders and officials of the fast- emerging American private space industry told lawmakers this week would be detrimental to the future health of the private sector US space companies as it would be tough for them to compete against low-cost Indian Space Research Organisation (ISRO) launch vehicles, which they alleged are subsidised by the Indian government.

“I think the concern about using Indian boosters is not so much the transfer of sensitive technology to a nation that is a fellow democracy, but rather whether the Indian launches are subsidised by the government to a degree that other market actors would be priced out of the market,” Elliot Holokauahi Pulham, CEO of Space Foundation, said.

Testifying before a Congressional committee, Pulham said there has been some discussion about allowing US built satellites to fly on boosters such as the Indian PSLV.

“In this case, India, to compete with US companies. Such policy runs counter to many national priorities and undermines the work and investment that has been made by the government and industry to ensure the health of the US commercial space launch industrial base,” Stallmer said.

He said the challenge right now is that the satellite manufacturers are making satellites at a quicker rate right now than the US has the launch capability.

So a satellite is not making money while it’s sitting on the ground, he said.

“Currently, the Indian launch vehicle PSLV has a sweet spot and has the capability of launching some of these satellites right now in a timely manner. We don’t want to see US launches going overseas by any means, whether it’s to India, Russia or whomever else. But right now, from the satellite, you know, producers and manufacturers, they need to get their assets up in the sky as quick as possible,” Stallmer said.

Noting that the current policy with the waivers and the review is a sound policy, he said the US should stringently look at every launch that is taking place in every vehicle or every payload that the US are putting up on an Indian vehicle. “I think it really needs to be evaluated. We hope to phase this out as a new generation of launched vehicles come online,” Stallmer said.

“I’ve heard from a number of companies that build and operate small satellites that there isn’t enough capacity in the (US) market at a price they can afford to meet their needs,” said Congressman Brian Babin, Chairman of the House Science, Space and Technology Subcommittee on Space.

“India has stepped in and offered to fill, in part, this demand and is launching smaller satellites on their PSLV vehicle. The administration has provided a number of export waivers on a case-by-case basis for these launches, in part, because India is becoming a strategic ally in South Asia,” Babin said.

“Unfortunately, the administration seems to lack a clear long-term policy to guide access to PSLV launches. What should US policy be with regard to Indian and other foreign launch vehicles?” the Republican Congressman from Texas said.

He asserted that if it can be shown that there is no viable US launch opportunities in the given time-frame to a required orbit, launches on Indian vehicles should continue to be considered on a case-by-case waiver review for US payloads, as been the practice for the last several years.

“This practice should continue while still relevant, but with the knowledge that this is definitely a temporary solution,” Stallmer said.