A total solar eclipse will occur on March 20, but it will not be visible in India… 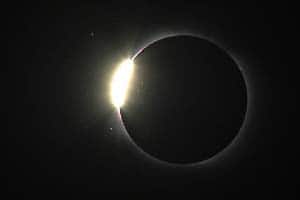 A total solar eclipse will occur on March 20, but it will not be visible in India.

The eclipse will begin at 1.11 PM on March 20, when only a part of the Sun would be cut off, according to B G Sidharth, Director of city-based B M Birla Science Centre.

“Progressively by 42 minutes past 2 PM, the Sun will get fully blocked. By 48 minutes past 3 PM, the total phase of the eclipse would end and a part of the Sun would begin to appear,” Sidharth said in a release today.

Also Read
International day of forests: Collaborative effort to help save our forests
India needs to Moon Trap
Scientists from McGill University, Indian Institute of Science detect radio signals sent from the galaxy
The reason ‘black tigers’ exist and why that is dangerous

However, from any given place on the Earth, the total eclipse can be seen for a maximum of 2 minutes and 50 seconds, Sidharth maintained.

The celestial spectacle can be seen mostly from very high latitudes, he added.

However, the rare celestial event will not be visible in India much to the disappointment of stargazers.

Total Solar eclipse is one of nature’s most spectacular sights. It occurs when the Moon comes exactly in front of the Sun as seen from the Earth, thus blocking the Sun. This happens on a New Moon day (amavasya), Sidharth explained.