The Union Ministry of Defence, Centre’s Youth Affairs and Sports Ministry, and the state’s youth and sports department supported as well as coordinated the expedition under the ‘Azadi Kaa Amrit Mahotsav’ banner. 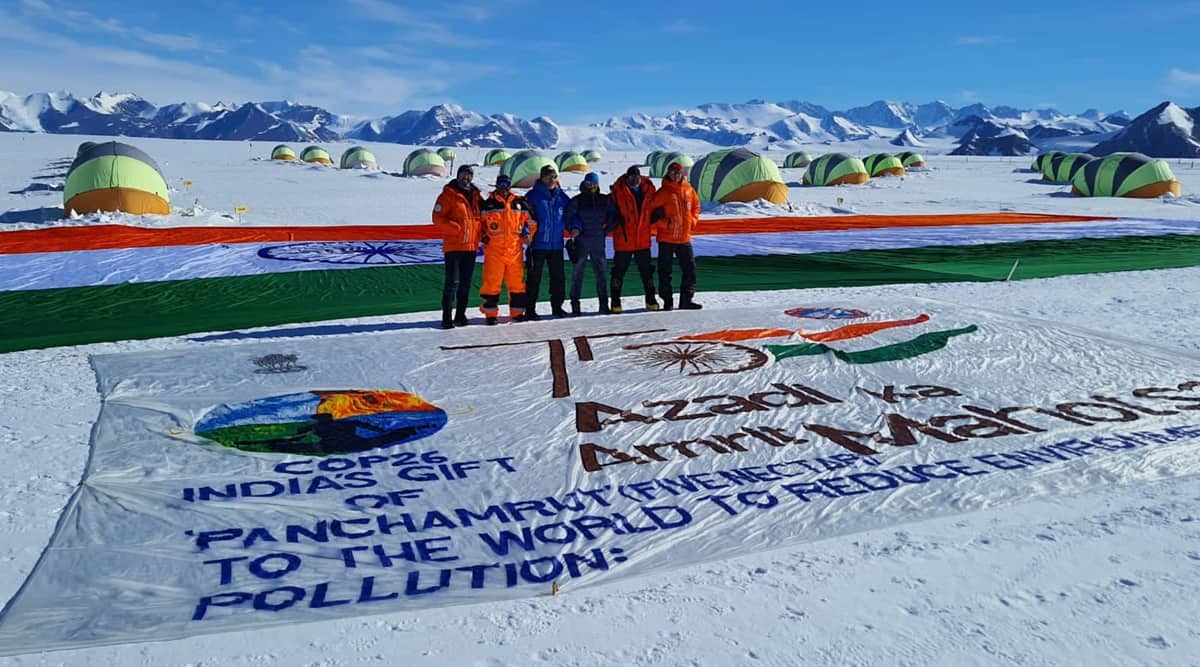 Tricolour unfurled in Antarctica: Himalayan Mountaineering Institute (HMI) in Darjeeling led an expedition to Antarctica and it has now completed its Mission Antarctica 2021. The expedition, which included three members, hoisted the Indian National Flag spanning 7,500 square feet in size at Antarctica’s highest peak – Mount Vinson. The Union Ministry of Defence, Centre’s Youth Affairs and Sports Ministry, and the state’s youth and sports department supported as well as coordinated the expedition under the ‘Azadi Kaa Amrit Mahotsav’ banner to celebrate the 75th year of India’s Independence, according to a report in IE. The expedition was led by Group Captain Jai Kishan to promote patriotism among the people and youth of India through adventure.

Group Captain Jai Kishan was accompanied by Naik Subedar Mahendra Yadav and Sumendu. Defence Minister Rajnath Singh had approved the expedition to Antarctica on August 17, and on November 26, the three-member team moved and set up the base camp of Mount Vinson. Several missions were undertaken by them during this time. For instance, the expedition team displayed the gigantic Indian Flag at the Base Camp of Mount Vinson among several climbers from other countries on November 27 itself without having any resting time after setting up their base. This led to India becoming the first nation in the world to display such a gigantic flag in Antarctica.

It was on November 30 that the team unfurled the Indian National Flag at Mount Vinson at an altitude of 16,050 feet above sea level.

Over the next three days, the team not only dealt with a polar storm, but also rescued two climbers hailing from Germany.

The IE cited Group Captain Kishan as saying that their aim was not only to scale the highest peak in Antarctica but to also leave a “footprint” in the white continent. He also said that the size of the flag – 7,500 square feet – was significant even more due to the fact that India is currently celebrating the 75th year of its Independence.

December 12 also saw the expedition team skydiving from a height of 13,500 feet and displaying the Tricolour over Chile’s Andes Mountain region.