Yakutsk is located 5,000 km west of Moscow on the permafrost of the Russian Far East. 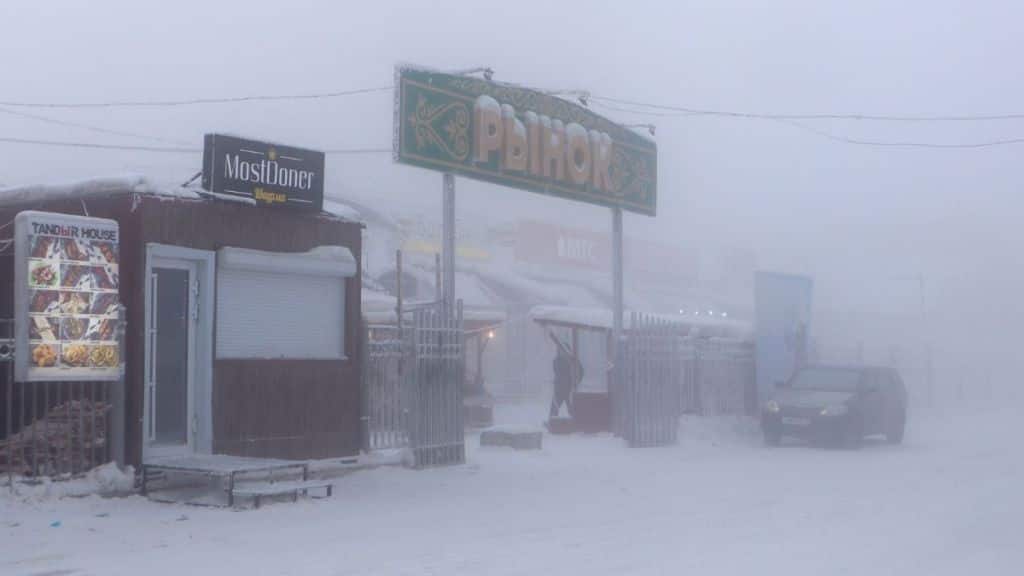 Residents residing in this city usually believe that there is no solution to fight this cold. (Photo Credit: Reuters)

Temperatures in Yakutsk have reportedly fallen down to minus 50 degrees Celsius this week in Yakutsk, the capital city of the Sakha Republic, Russia, which is located about 450 km south of the Arctic Circle. This happened during an abnormal cold wave in the Siberian city which is known as Russia’s coldest city on earth.

Where is Yakutsk located?

Yakutsk is located 5,000 km west of Moscow on the permafrost of the Russian Far East. As per a report by Reuters, the city is known as the mining city where residents usually see a drop in the temperature (below minus 40) every now and then.

ALSO READ | Indian scientists do it first, new discovery on Mars — All you need to know here

A local is quoted as saying, “I don’t feel cold anymore as the brain prepares you for it and tells you that everything is normal.”

While another resident, Nurgusun Starostina, who is a vendor and sells frozen fish at a market, says that he doesn’t need a fridge or a freezer to store them.

Residents residing in this city usually believe that there is no solution to fight this cold, one needs to dress like a cabbage in order to fight it.

Here are some of the images where people can be seen fighting the cold:

This image shows fish vendors Marina Krivolutskaya and Marianna Ugai posing for a picture at an open-air market on a frosty day in Yakutsk, Russia.

A pedestrian can be seen crossing the road on a frosty day.

One of the vendors, Yegor Dyachkovsky is posing for a picture. Behind him, fish can be seen in the open-air market.

A thermometer is displayed where the air temperature is minus 48 degrees Celsius. The image is that of a hotel in central Yakutsk, Russia