India’s performance is rated high on GHG Emissions, Energy use and Climate Policy categories and medium in Renewable Energy.India has improved its ranking in the Global Innovation Index (GII) 2021 to 46th place among 132 economies, up from 62 a decade back. 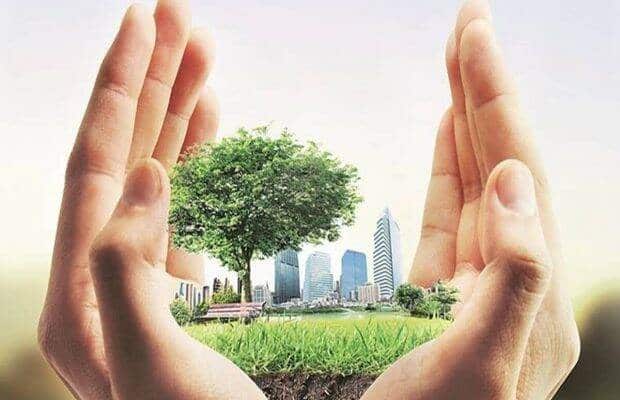 The index ranks world economies according to their innovation capabilities and consists of roughly 80 indicators.

By Rajesh Mehta and Aparna Saroagi,

India has maintained its strong 10th rank like last year in the Climate Change Performance Index (CCPI) 2021. The CCPI evaluates 60 countries and the European Union, which together generate more than 90 per cent of global greenhouse gas emissions. India’s performance is rated high on GHG Emissions, Energy use and Climate Policy categories and medium in Renewable Energy. India has improved its ranking in the Global Innovation Index (GII) 2021 to 46th place among 132 economies, up from 62 a decade back. The index ranks world economies according to their innovation capabilities and consists of roughly 80 indicators. Although India’s performance has slipped on Global Gender Gap Report 2021 rankings by the World Economic Forum. India’s performance on the enrolment of female students in primary, secondary and tertiary classes compares with the best countries in the world. Girls’ education is a positive spiral with a long-term impact on society and human development. India has a unique demographic advantage, with half of its population in the working age. India has the largest diaspora in the world with 18 million people living outside the homeland. Numerous steps have been taken in the last few years to promote investments from the Indian Diaspora. India is poised to become the biggest superpower of the 21st century – India’s PPP is expected to reach $43 trillion and surpass the US by 2050 making it the second-largest economy in the world after China.

According to the latest World Inequality Report 2022 – India stands out as a “poor and very unequal country, with an affluent elite”, where the top 10 per cent holds 57 per cent of the total national income while the bottom 50 per cent’s share is just 13 per cent in 2021. India’s middle class is relatively poor with an average wealth of only Rs 7,23,930 or 29.5 per cent of the total national income, as compared with the top 10 per cent and 1 percent who own 65 per cent (Rs 63,54,070) and 33 per cent (Rs 3,24,49,360), respectively.This is a high time when India should leverage on its strengths and take actions to make 2022 and future years– Indian year of positive climate change, gender inclusion and innovation. Nordic countries which constitute ~0.3% of world population and mostly homogenous compared to India are world leaders on these parameters. There are some key learnings which India (which is an extremely heterogeneous sub-continent and has the world’s ~18% world population) can rethink.

Nordic countries are among the greenest societies in the world. Electric vehicles are much more common in the region than anywhere else in the world. Nordics EV success can be attributed to easy access to charge points on the streets, a series of tax breaks and other financial carrots. EV rapid success which is good for the environment is forcing some serious fiscal consternation in Norway. An eco-label found on packaging for goods and services across the region gives information about plastic and chemical footprints, and its governments are now working to expand the information to include carbon footprint as well. This focus on awareness goes a long way to make a positive climate impact but still there are debates on how carbon impact is calculated and reported.

Nordics have the lowest income inequality in the world. Nordic countries amongst the first in the world to replace maternity leave with gender-neutral parental leaves. In Norway, both parents must take at least 14 weeks off each after the birth of a child. Sweden has “daddy month” requiring each parent to take at least some leave on a use-it-or-lose-it basis. Norway was the first country in the world to introduce a quota law requiring boards of listed companies to have a gender balance of at least 40/60. This has increased female board members in listed companies from 6 percent in 2002 to 42.5 percent in 2021 and is part of an overall ambition to strengthen female leadership in the private sector. In Denmark, a legally binding Gender Equality Act commits all public authorities to promote equality and ensure equal representation of women and men in councils, boards and committees. It obligates public institutions and companies to set targets in boards and develop policies in management to promote gender balance. Iceland was the first country in the world to implement an Equal Pay Certification policy in 2018, requiring companies and institutions that employ 25, or more, workers on an annual basis to prove that they pay men and women equally for a job of equal value.

Nordic Baltic has an innovative education system unlike most other countries stereotypes, hard-working, rote memorization curriculum. The region has been at the cutting edge of innovation. Estonia became the first country to use “remote” voting via electronic means, including voting from personal laptop and SMS texts. The region has inculcated a culture of innovation – people take pride in their international renown for being “first” or innovative. Estonia was the first country to teach HTML coding in its elementary schools.

India has its multidimensional complexities but some of these can be considered from our perspective. Women still lag behind men in pay, management and company ownership in the Nordic region. They are still primarily white men sitting at the top of many of the best-known companies in the region. Paradox of working still exists in these world’s most equal countries. The Nordic region accounts for less than 0.5 percent of global CO2 emissions. The figure shows that even if all Nordic countries succeed in becoming carbon neutral, it would have a very limited direct impact on global emissions. But if India succeeds in these goals, there would be a huge impact on the globe.

(The authors- Rajesh Mehta is a leading consultant and columnist working on market entry, innovation and public policy. Aparna Saroagi is an international speaker and author on Inclusion, Innovation and Sustainable Development. Views expressed are personal and do not reflect the official position or policy of Financial Express Online.)

Next Story
Mercury settles below freezing point in Kashmir