Scientists have discovered a potentially habitable Earth-like planet, located just 21 light years away, that may host liquid water on its surface. 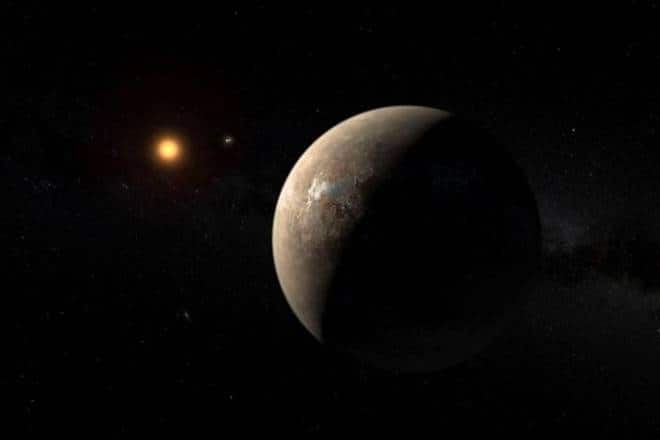 Scientists have discovered a potentially habitable Earth-like planet, located just 21 light years away, that may host liquid water on its surface. (Reuters)

Scientists have discovered a potentially habitable Earth-like planet, located just 21 light years away, that may host liquid water on its surface. Researchers used the radial velocity technique, which involves measuring the changes in the position and velocity when the star and a planet rotate around their common centre of gravity. Depending on the relative masses of the two objects gravity will determine the magnitude of the change in velocity of the star, which can be measured using its observed spectrum. Scientists from Instituto de Astrofisica de Canarias (IAC) in Canary Islands found that the planet, with a mass between two and three times the Earth, resides at the edge of the habitable zone of its host star GJ625 (Gliese 625).

This is the sixth super-Earth closest to our solar system in the habitability zone of its star, while the red dwarf is among the 100 stars closest to the Sun, researchers said. This planet is particularly interesting because of its proximity. It is only 21 light years away, and is one of the least massive known “Super-Earths”. Red dwarfs are the most common stars in the universe and they can host planets, however, only a few hundred of them are known. The majority have been discovered orbiting much more distant stars, using the transit method, in which the planet causes a minor “eclipse” when it passes in front of the star.

In contrast, only few rocky planets have been discovered around nearby stars with the radial velocity technique, and very few have been found in their habitability zones, researchers said. The planet take about 14 days to complete one orbit around its star, on a very close one. “As GJ625 is a relatively cool star, the planet is situated at the edge of its habitability zone, in which liquid water can exist on its surface,” said Alejandro Suarez Mascareno from IAC. “In fact, depending on the cloud cover of its atmosphere and on its rotation, it could potentially be habitable,” he said. “In the future, new observing campaigns of photometric observations will be essential to try to detect the transit of this planet across its star, given its proximity to the Sun,” said Jonay Gonzalez Hernandez, also from IAC. “There is a possibility that there are more rocky planets around GJ625 in orbits which are nearer to, or further away from the star, and within the habitability zone, which we will keep on combing,” said Hernandez.