Started by Anirudh Sharma & Rahul Rawat in 2018 from their dormitory at their university, Digantara is India’s first air and space surveillance company · 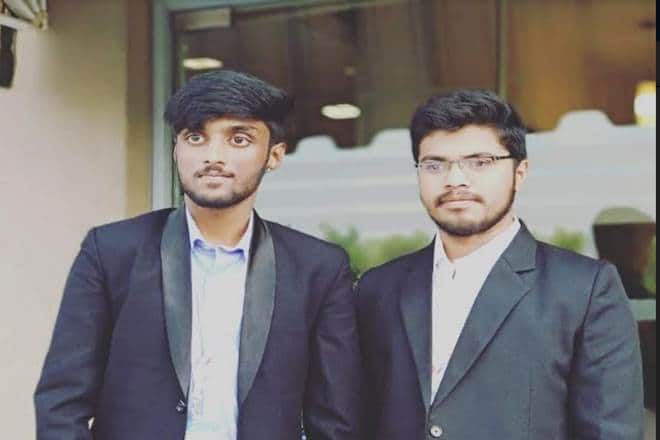 Started by Anirudh Sharma & Rahul Rawat in 2018 from their dormitory at their university, Digantara is India’s first air and space surveillance company ·

Digiantra Research and Technology (DRT), a space tech startup founded by Lovely Professional University alumni, has been selected for the SID (Society for Innovation and Development) incubation program at the Indian Institute of Science (IISc) Bangalore. Started by Anirudh Sharma & Rahul Rawat in 2018 from their dormitory at their university, Digantara is India’s first air and space surveillance company · The startup has received a grant of Rs 25 lakhs which will be used to develop space debris monitoring systems and the company’s expansion.

It has developed India’s first In-orbit Space Debris Monitoring and tracking system, which will provide global real-time earth coverage by deploying a constellation of cost-efficient nanosatellites in LEO (Low Earth Orbit) and a space-based air surveillance payload for accurate tracking of both aircraft and space objects.

According to Anirudh Sharma and Rahul Rawat, the co-founders, “With a comprehensive approach to long term space flight safety, Digantara will help international space agencies to track and map the space debris and minimize the major threat to the future of space exploration.”

What are your future plans for Digantara in India?

India is well known as a low-cost space-faring nation. Taking the legacy forward, Digantara was set up to build cost-effective and affordable space systems, which is only possible if we are stationed in India.

Robust Nanosatellite Constellation to cater to commercial and defence needs for the country in Surveillance of Space & Air.

And, expanding capabilities of our constellation for asset and vessel tracking.

How is the company going to gain from the decision of the Government opening the Space sector for private companies?

With no space policy in place, critical requirements of a space mission such as frequency allocation, approval and licenses for satellites built by private companies were in grey area. Plus, building a high capital intensive testing infrastructure was also a challenge for all startups. But, the new announcements by the Department of Space along with the formation of InSpace are expected to streamline the entire space administrative process. This will be a massive enabler for us to own, build, test, launch and operate space assets. Moreover, we see this as a stepping stone to greatly increase opportunities for private participation in India’s space endeavours and securing India’s space assets.

Have you signed with any other space agency either in South America or Africa or other countries?

No, EXA is the only South American Company that we have partnered so far.

Our other partnerships include: –

During, Satellite 2020 at Washington DC, we signed an MoU with a Taiwanese Space Startup – Tensor Tech Ltd to develop satellites with highly accurate ADCS capabilities. This partnership will further enable us to advance in Space Robotics and AOCS capabilities for more efficient production of high-quality satellite systems.

We have signed another MoU with Germany based company – OKAPI Orbits GmbH (During the 70th IAC 2019 in Washington) to collaborate on a sustainable space environment. Digantara is working on a system to measure space debris objects in space using a laser ranging system on small satellites. Whereas, OKAPI: Orbits is currently creating a Space Situational Awareness Platform providing services for safe satellite operations in an increasingly crowded space environment. In this cooperation, Digantara will focus on the data creation, whereas OKAPI: Orbits will be using this data to improve the knowledge of the space object population and increase the accuracy of their services, such as automated collision avoidance.)

We are likely to sign some partnerships agreements with UK based Space Companies, this month. (2 Companies from the UK).

Follow us on
Latest News
Adani Enterprises net profit more than doubles in Q2
Plain-vanilla deposits score over floating rate FDs
Looking to grow share of own channel business to 67%
Delhi’s air quality set to worsen, AQI Commission intensifies steps to restrict pollution
Hero MotoCorp Q2 profit drops 10 percent, plans multiple launches over next few quarters
Rs 4.25 lakh in fines for GRAP violations in Noida
PhonePe sets up 10 lakh SmartSpeakers for merchants, records over 100 cr transactions across India
Photos
Heart-wrenching! Here is a look at Morbi and the suspension bridge that collapsed
3 days agoOctober 31, 2022
In Pictures: PM Modi in Kargil to celebrate Diwali with soldiers, says, ‘All of you have been my family for years now’
1 week agoOctober 24, 2022
In Pictures: PM Modi inaugurates Deepotsav in Ayodhya; World record set by lighting of over 15 lakh diyas
1 week agoOctober 24, 2022
Read More
×
Majority of employers in services sector keen to hire in Q3: Report
WhatsApp Communities launched for everyone, here’s what this feature does
African countries look to India’s technology as more appropriate than those from the West
Air quality panel orders ban on plying of diesel LMVs in Delhi-NCR, entry of trucks into capital
Amazon, Meta, Alphabet, Apple and Microsoft’s outlook: Making sense of big tech earnings
Real Estate Investment: Like REITs, retail investors can now invest in InvITs