Milk needs to be cooled at source in order to increase its shelf life, to provide refrigeration, milk producers have to depend on diesel generators, which makes the cooling process expensive. 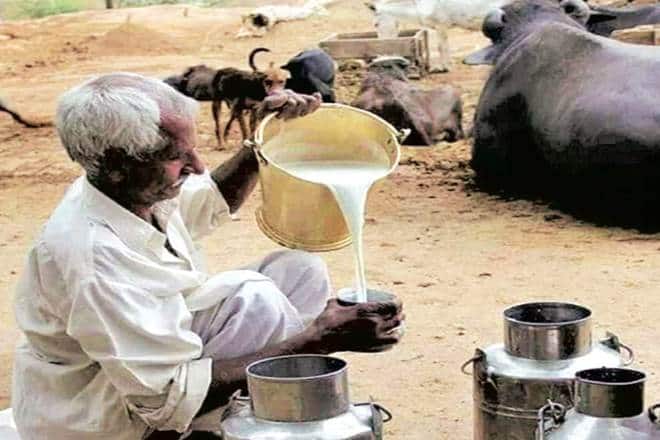 Most of the milk comes from rural areas, but unreliable and erratic electricity supply results in least 3% of the milk being wasted.

India is among the world’s largest producers of milk with an output of 165 million tonnes annually. Most of the milk comes from rural areas, but unreliable and erratic electricity supply results in least 3% of the milk being wasted. Milk needs to be cooled at source in order to increase its shelf life, to provide refrigeration, milk producers have to depend on diesel generators, which makes the cooling process expensive.

Inficold, a Noida-based start-up has a solution. Himanshu Pokharna and Nitin Goel were working together at Intel USA developing cooling technologies for computers, in 2015 they left their jobs to apply the same techniques for refrigeration solutions for the Indian market. “Our first choice was fruits and vegetables. But we realized that tackling dairy was the need of the hour”, says Nitin Goel, co-founder and CEO.

Inficold has a retrofittable ice storage for cooling devices, the system can be installed on any bulk milk cooler, air conditioner or cold storage. The idea is to take electricity, convert it into ice and when there is no electricity, use the ice to provide cooling. “When the milk is drawn out, it needs to be cooled within a few hours otherwise it is not marketable. Bulk milk coolers are present traditionally in India, but not effectively used. People don’t turn on diesel generators unless there is a minimum quantity of say 20 litres and so the cooling isn’t instant and uniform. This made us look at providing a backup system that could be used as an efficient alternative,” Goel explains. The company has even got a patent from the US. Besides, it was able to collaborate with the National Institute of Solar Energy (NISE).

Inficold solar integration doesn’t require off-grid solar inverter or electric batteries, and is most useful in case of sudden and prolonged power cuts. The cooling system can function without any kind of electricity for up to four days. At present, the cold storage solution comes with two options a 5,000 kg and a 10,000 kg capacity storage.

Initially bootstrapped with Rs. 80 lakh, Inficold has received almost a million dollars from Shell Foundation over the last three years. The company also received a $250,000 investment from Sangam Ventures. Besides, funding it has also scored accolades.

While the company started with larger dairies—2 lakh litres—they are now working on chillers for dairies with smaller capacities in the North East and areas like Sunderbans where power is an issue.

The market is pretty big. We are talking about roughly two lakh bulk milk coolers in India, which translates to a Rs. 12,000 crore market. And we are talking about 50 dairies. So it is a consolidated market. Typically, the order size from them is Rs. 10-20 crore, which is given every year,” highlights Goel.

But Goel says that the company wishes to diversify and wants to foray into cold storage for vegetables and fruits.