In Baran district, the water level in Parvati and Parvan river increased on Monday night due to which many low-lying areas faced waterlogging 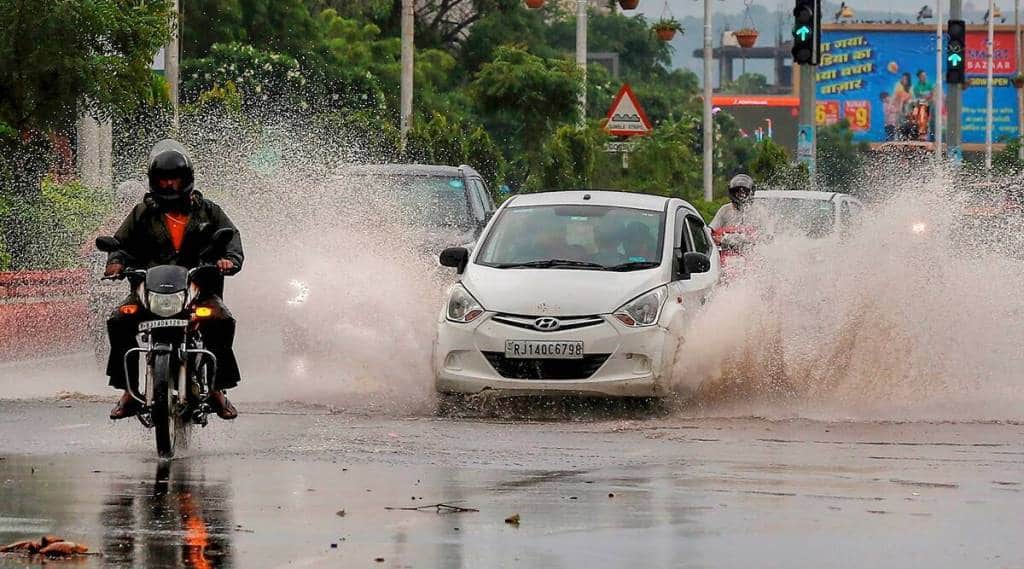 Several areas in these districts are waterlogged due to heavy rains and water being released from dams. (Representational image: PTI)

Flood-like situation in Rajasthan‘s Kota worsened on Tuesday due to incessant rainfall, officials said. An Indian Air Force (IAF) helicopter has been called to conduct a rescue operation in Baran district while schools in all four districts of Kota division — Kota, Baran, Jhalawar and Bundi — have been shut, they said. Several areas in these districts are waterlogged due to heavy rains and water being released from dams.

On Monday, Kota, Jhalawar and some areas in Bundi and Baran reported flood-like situation. In Baran district, the water level in Parvati and Parvan river increased on Monday night due to which many low-lying areas faced waterlogging. The water also entered several residential areas.

“Nearly 10 people are stuck in Khurai area. They are surrounded by water and to rescue them, a requisition for a helicopter has been sent to the disaster management and relief department in Jaipur,” Baran collector Narendra Kumar said. People are also being rescued from other locations in the district and shifted to safer places by teams of the National Disaster Response Force (NDRF) and State Disaster Response Force (SDRF).

Jhalawar collector Bharti Dixit said rescue operations are going on at five places in which more than 100 people are being shifted from low-lying areas. “Almost the entire district is waterlogged,” she said.Police said a married couple and their three children were injured when their thatched house collapsed in Dug town of Jhalawar early Tuesday. The family of five has been admitted to a local hospital.Ashutosh AT Pednekar, secretary of the disaster management and relief department, said the helicopter was being provided by the IAF for the rescue operation in Baran.

Many villages in the division are cut off from district headquarters due to water logging. Some of the villages near the catchment area of rivers have turned into islands. In Bundi, Nagar Parishad has cancelled Kajli Teej events to be held on Tuesday and Wednesday in view of the situation. Meanwhile, during the last 24 hours ending at 8.30 am on Tuesday, 29 cm rainfall occurred in Jhalawar’s Dug followed by 26 cm in Arnod (Pratapgarh) and Pidawa (Jhalawar), 23 cm in Bakani (Jhalawar), 17 cm in Gangdhar and Pachpahad (Jhalawar), 16 cm in Aklera (Jhalawar), 15 cm in Asnawar (Jhalawar), 13 cm in Jhalrapatan (Jhalawar).Many other areas in east Rajasthan received below 13 cm rains during this period. There is a warning of heavy to very heavy rainfall in Banswara and Dungarpur districts and heavy rainfall in Bhilwara and Chittorgarh district on Tuesday.