NASA has already shared an image comparing the same cluster of stars captured by the Spitzer Space Telescope’s Infrared Array and the Webb’s Mid-Infrared Instrument. 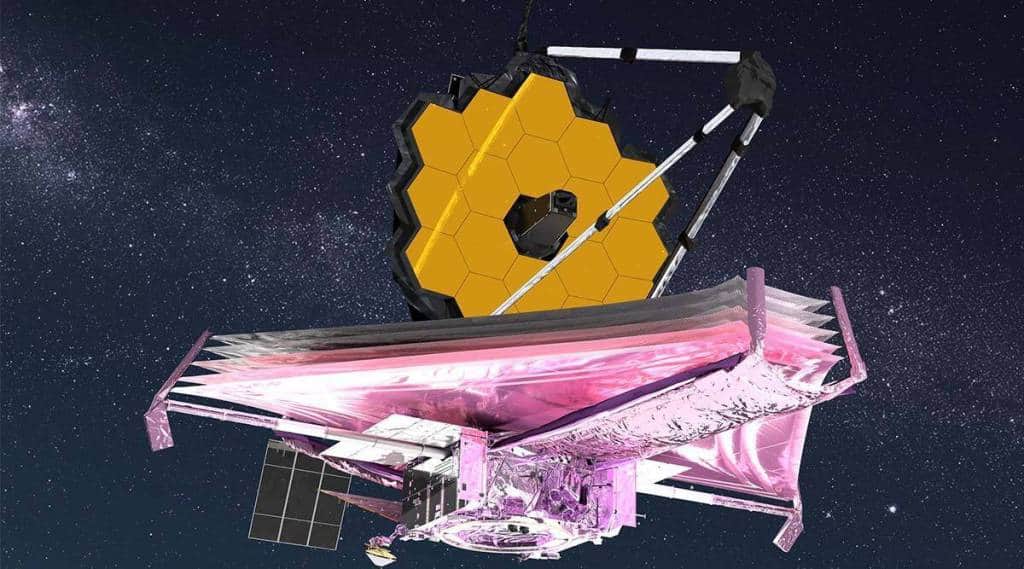 The first set of images will also involve the Webb’s first spectrum of an exoplanet. (NASA)

NASA will release “the deepest image of our universe that has ever been taken”, the US space agency has revealed. The set will include full-colour images and spectroscopic data captured by the James Webb Space Telescope — the $10 billion-dollar observatory in deep space — NASA Administrator Bill Nelson has revealed.

“If you think about that, this is farther than humanity has ever looked before,” Nelson said during a media briefing at the Space Telescope Science Institute in Baltimore, the operations centre for the observatory launched in December. The James Webb Space Telescope is now orbiting the Sun, 1.5 million km from Earth.

While NASA didn’t specify which early-universe objects the Webb telescope will focus on, Nelson suggested that the image would show some of the earliest objects yet seen — older than the ones seen in the Hubble Space Telescope’s series of deep image fields that show galaxies that formed a few hundred million years after the Big Bang.

Also Read
India at 75: Milestones in space that made us a force to reckon with
Sky isn’t the limit! ISRO’s upcoming space missions that are going to be game-changing for India
Jupiter to come closest to Earth in 70 years! Here’s when and how to watch the largest planet in the solar system
India ranks last in Environment Performance Index 2022; Detailed report here

NASA discussed the release of the Webb telescope’s operational image on July 12 and the different science experiments that would be conducted using the observatory in its early life.

The first set of images will also involve the Webb’s first spectrum of an exoplanet, Thomas Zurbuchen, Associate Administrator at NASA’s science mission directorate, said. Measuring the light emitted at certain wavelengths with such spectra will provide hints of a planet’s chemistry and the history of its formation.

NASA has already shared an image comparing the same cluster of stars captured by the Spitzer Space Telescope’s Infrared Array and the Webb’s Mid-Infrared Instrument. The test image shows part of the Large Magellanic Cloud — a small satellite Milky Way galaxy with a dense star field.

Even though Spitzer, decommissioned in January 2020, was responsible for several important scientific observations, it is now outclassed by the Webb’s imaging system. The Webb’s larger primary mirror and improved detectors allow it to capture higher resolution images with higher clarity.