NASA gets laser system LCRD onboard for space communication; What is its importance 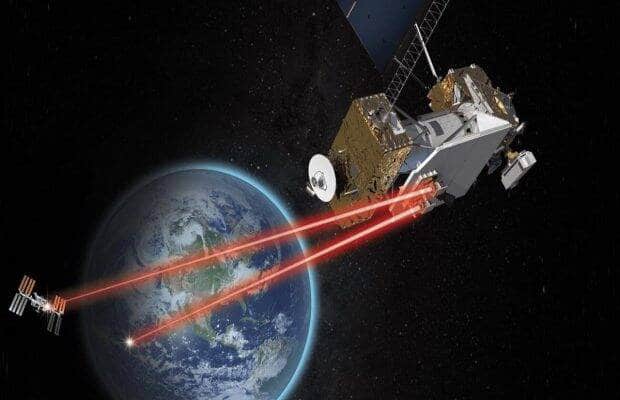 LCRD will replace radio frequency to send data with an increased bandwidth that is 10 to 100 times higher than the long existing radio waves. (Representative Image, NASA)

LCRD will replace radio frequency to send data with an increased bandwidth that is 10 to 100 times higher than the long existing radio waves. Principal Investigator David Israel at NASA’s Goddard Space Flight Center in Greenbelt, Maryland, in a release said, LCRD will demonstrate how to use laser systems for space communications and soon will be able to implement lasers on more missions as a standard means of communications.

There are two optical terminals to receive and transmit data to user spacecrafts and ground stations respectively. With the modems, digital data will be translated to laser signals and transmitted via an encoded beam of lights.

Laser communications and radio waves use different wavelengths of light while the former uses infrared, the later has a relatively longer wavelength. Hence more data will be transmitted in less time via laser mode. While radio waves take 9 weeks to send a complete map of Mars to Earth space center with a laser it can be done in 9 days, said NASA.

LCRD will send data to Earth at 1.2 gigabits per second speed. In layman terms, at that speed a movie can be downloaded in a minute!

Other advantages of Laser over Radio

Optical communication requires a smaller set up with units smaller in size, weight and require less power. Radio instruments on the hand are quite bulky and hence the former saves room for more science instruments and cost of the launch also decreases. The spacecraft batteries will drain less and missions will end up having unparalleled capabilities, the agency says.

Where will the laser system be?

The communication capabilities of LCRD will be tested for two years and the test data will be sent through radio waves while the LCRD will reply using optical signals.