India’s first Astrobiology Conference – Life in Space- was organised in the city by Mumbai-based Indian Astrobiology Research Centre and IARC Centre for United Nations in collaboration with Nehru Science Centre. 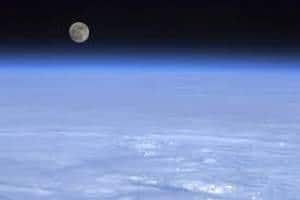 India’s first Astrobiology Conference – Life in Space- was organised in the city by Mumbai-based Indian Astrobiology Research Centre and IARC Centre for United Nations in collaboration with Nehru Science Centre.

Astrobiology is the study of the origin, evolution and distribution of life in the universe. It also refers to the search for any kind of life elsewhere, as well as the search for extraterrestrial intelligence.

The auditorium was teeming with students from across India, he said.

The conference, held on Sunday, began with a talk by renowned cosmologist Prof Jayant Narlikar. He spoke about the ongoing search for micro-life in the universe and the future tests planned to conduct the isotopic analysis of the organic material retrieved from over 40 km above the earth’s surface.

This analysis can show if life is indeed to come from outer space, Vaidya told PTI.

The theory of panspermia suggests that life did not originate on Earth but was delivered to Earth from some other part of the universe.

On this occasion, a fund called, “Chandra Wickramasinghe Fund for Panspermia Research” was announced. This fund will encourage astrobiology research amongst students in India.

Dr Henery Throop, delivered an engaging talk about NASA’s contribution to search for life in space over the past 50 years. He suggested that instead of Mars, the future missions should target Jupiter’s moon Europa as the moon is likely to have a sub-surface ocean.

To understand life in the cosmic context is critical to our understanding of life on Earth, Vaidya said.

More importantly, it is critical to ensure the survival of our species on Earth, he added. Prof. Chitre spoke about the need to widen the search for life and that it is imperative that the new generation must take the field of astrobiology to new heights. He reminded the students, it is up to them to answer the question are we alone in the universe.

In the presence of the gathering of space scientists, the launch of National Space Sciences Curriculum (NSSC) was announced. It is India’s widest initiative that offers space sciences in the form of curriculum at school level, Vaidya said.