Monsoon arrives in Gujarat; heavy rains in Mahisagar and other areas

The conditions were favourable for further advancement of the monsoon in some parts of Gujarat, the IMD centre at Ahmedabad said. 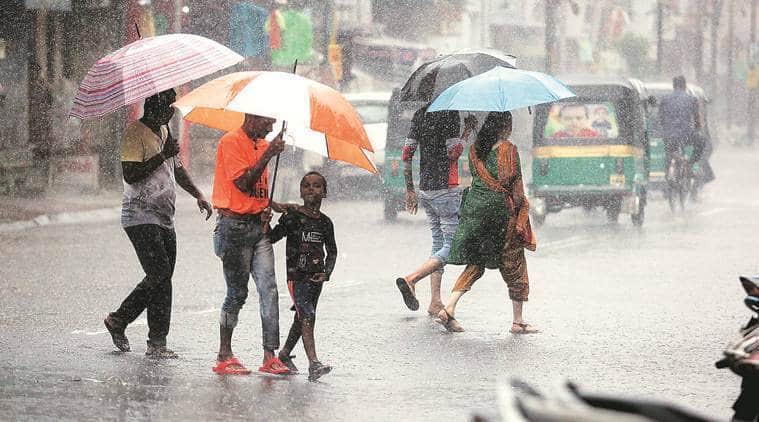 The southwest monsoon arrived in Gujarat on Monday, two days ahead of schedule, bringing heavy showers to Mahisagar district and some other parts of the state, an official from the India Meteorological Department (IMD) said. The conditions were favourable for further advancement of the monsoon in some parts of Gujarat, the IMD centre at Ahmedabad said in a bulletin on Monday afternoon. Rainfall and thunderstorm are expected in parts of the state during the next five days, the official said.

“The southwest monsoon entered Gujarat on Monday. Generally, the expected date of the arrival of monsoon in the state is June 15,” Manorama Mohanty, head of the meteorological centre here told PTI. The northern limit of monsoon passed through Diu and Surat, she said.

Light to moderate rain and thundershowers are expected at a few places in all districts of the Gujarat region, Saurashtra-Kutch and the Union Territory of Diu, Daman & Dadra Nagar Haveli during the next five days, according to the IMD.

On Monday, parts of Surat, Kheda, Aravalli, Ahmedabad and Anand district also witnessed showers, the SEOC said.
In Morbi district, three members of a family were killed after a wall of their house collapsed, police said