The year’s second lunar eclipses will take place on November 8. 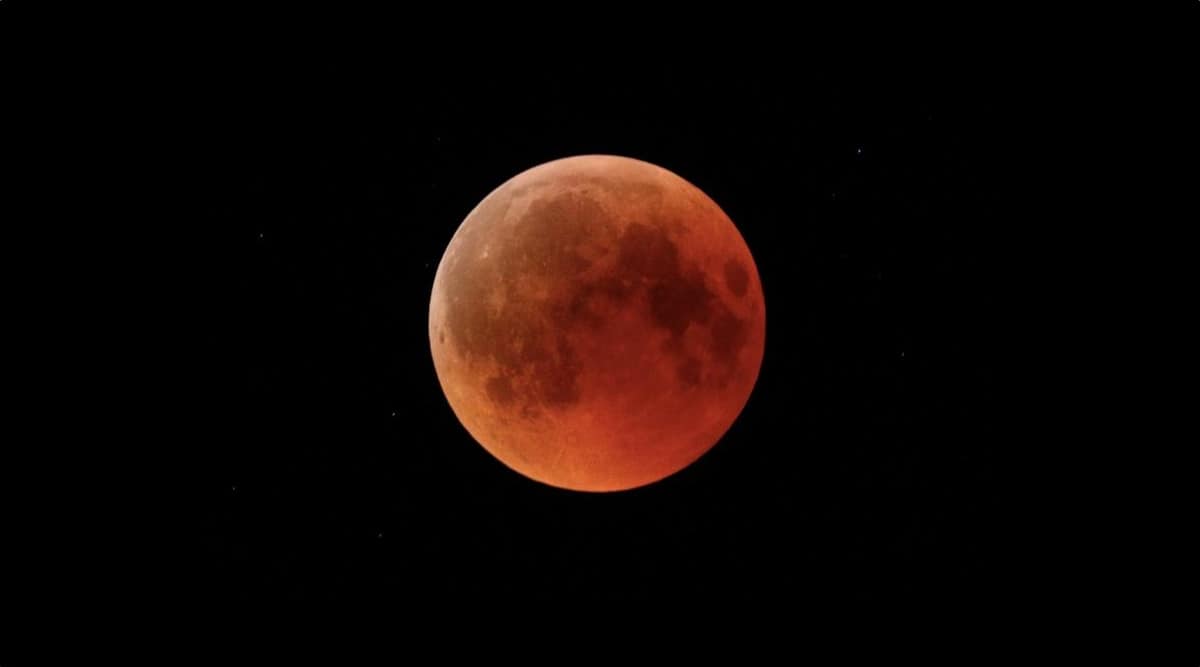 When the Earth’s shadow falls on the moon, it appears red. (Reuters)

The first of this year’s two lunar eclipses will take place on Sunday and Monday.

A total lunar eclipse — when the full moon moves into the shadow of the Earth —will be visible from parts of the Americas, Europe, Africa and the east Pacific. New Zealand, the Middle East, and eastern Europe will witness a penumbral eclipse, which arises when the moon is in the lighter penumbral shadow.

The lunar eclipse will occur on a day of the full moon. When the Earth’s shadow falls on the moon, it appears red. As sunlight will reflect onto the moon’s surface after filtering through the Earth’s atmosphere, the moon will reflect all other colours, retaining only red due to its wavelength. This makes the moon appear reddish, giving birth to the ‘blood moon’ term.

The eclipse, however, will not be visible in India. The blood moon will appear in South America, eastern North America, parts of Antarctica, western and southern Africa, western Europe, and the eastern Pacific region.

The year’s second lunar eclipses will take place on November 8 and be visible, at least partially, from Australia, Asia, North America, parts of eastern and northern Europe, most of South America, and the Arctic.

There will also be two lunar eclipses in 2023 — the first will on May 5-6. This will be another penumbral eclipse, visible at least partially from most of Asia, Antarctica, southern and eastern Europe, Africa, Australia, and the Pacific, Atlantic, and Indian oceans.

The second eclipse will be a partial one on October 28-29 visible from Asia, Europe, Australia, North America, Africa, northern and eastern South America, Antarctica, the Arctic, and the Atlantic, Pacific, and Indian oceans.