Last solar eclipse of the year: Here’s how, when and where you can watch

NASA has also displayed an interactive map highlighting the path of the solar eclipse across Earth’s surface. 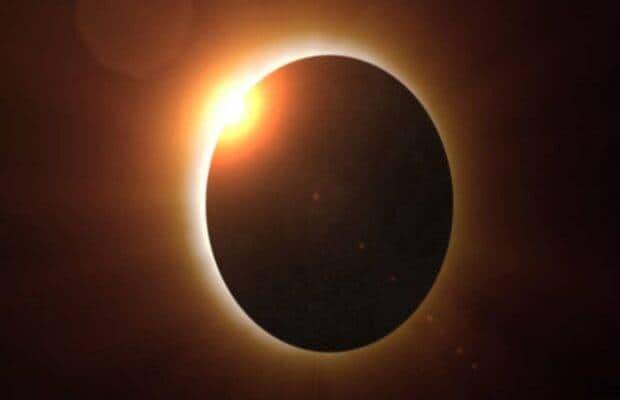 A total solar eclipse, or say, the last solar eclipse of the year, will be visible from Antarctica on December 4. NASA has confirmed that the cosmic phenomenon will also be visible from a few other parts of the world. People from South America, Africa, Australia and New Zealand will get to see partial phases of the eclipses, reports suggested.

NASA has also displayed an interactive map highlighting the path of the solar eclipse across Earth’s surface. The December 4 eclipse will, however, not be visible from India. The partial Solar Eclipse will be seen to sky gazers on October 25, 2022.

A total solar eclipse is a phenomenon that appears when the Moon comes in between the Earth and the sun. The Sun is approximately four hundred times larger than the Moon and also 400 times further away. The phenomenon makes it look like both the Sun and Moon are similar in disk size thereby causing the eclipse. This total solar eclipse comes two weeks after the partial lunar eclipse occurred on November 19.

On an average, a solar eclipse happens every 18 months somewhere on the Earth. The cosmic phenomenon however lasts only a few minutes. The duration of the December 4 eclipse is said to be 1 hour and 43 minutes.

The full solar eclipse will begin at around 7 am UTC. The maximum eclipse will be seen at 7:33 am and will end at 08:06 am. For Indian time, the eclipse begins at 12.30 pm, will peak at 01.03 pm, and will end at 01.36 pm. The solar eclipse will not be visible to everyone in India. It can however be watched online. Timeanddate.com will release a live stream link of the eclipse. You can visit the website, click on the link to watch the event online on December 4.

1- Never look directly at a solar eclipse with your naked eyes.

2- It is advised not to watch the eclipse with ordinary sunglasses, dark sunglasses or x-ray plates.

4- While using binoculars, telescopes, and cameras to capture the eclipse, it is advisable to use a protective solar filter on the lens.