Kolkatans to get Jupiter view on Friday

Kolkatans will have a rare opportunity this Friday to watch Jupiter, the largest planet in the solar system, from close quarters… 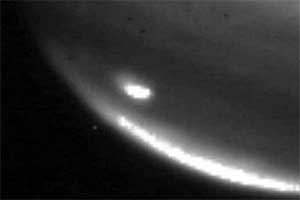 Kolkatans will have a rare opportunity this Friday to watch Jupiter, the largest planet in the solar system, from close quarters.

The planet comes closest to the earth on its opposition date when earth passes more or less between the Sun and the Jupiter.

This year, the date falls on Friday when Jupiter would be coming within 650 million km of the earth. This would be Jupiter’s closest until 2019.

The Birla Industrial and Technological Museum has arranged for viewing this astronomical event through two of their telescopes – a Celestron Telescope of ten inches and a Carl Zeiss one of four inches.

“It is a rare event and Kolkata will be one of the cities which falls under the viewing position. The full moon would also be there, so the view of the planet will be better,” Gautam Seal, technical officer at the museum, told PTI.

Jupiter would rise in the evening hours, would be right over the head at midnight and would set in the morning.

The gas giant was the fifth planet from the Sun and orbits it every 12 years and rotates every ten hours, making it the fastest-spinning planet in the solar system.

NASA has sent a new spacecraft named Juno to Jupiter, which would arrive at the planet’s orbit in 2016.