James Webb Telescope launched! As Hubble’s ‘successor’ begins its journey to space, what you must know about NASA’s mega mission

Webb is, at this moment, scheduled to be launched from the Guiana Space Center in Kourou, French Guiana, at 7:20 am EST on December 25, which means that as per India time, the telescope will be launched at 5:50 pm, if weather conditions permit. 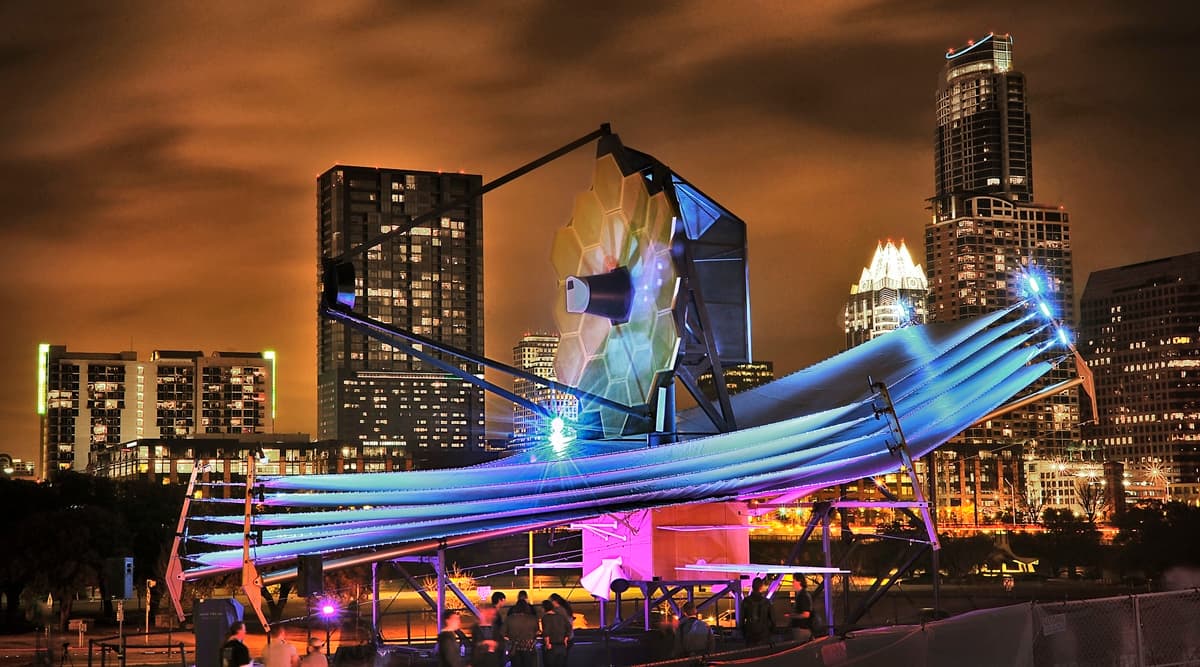 NASA’s James Webb Telescope: US space agency National Aeronautics and Space administration (NASA) has successfully launched the James Webb Telescope. An international collaboration between NASA, ESA (European Space Agency) and the Canadian Space Agency, James Webb Telescope will succeed the long-standing Hubble Space Telescope. According to NASA, James Webb Space Telescope is a scientific successor to the Hubble, using its infrared technology to look at “every phase of cosmic history”, be it within the solar system or the most distant observable galaxies. Webb lifted off from the Guiana Space Center in Kourou, French Guiana, at 7:20 am EST on December 25, which means that as per India time, the telescope was launched at 5:50 pm.

NASA is hoping that the James Webb Space Telescope will help scientists get a direct look at a part of space and at a time into the history of the universe that has not yet been explored. “Webb will gaze into the epoch when the very first stars and galaxies formed over 13.5 billion years ago. Ultraviolet and visible light emitted by the very first luminous objects has been stretched or “redshifted” by the universe’s continual expansion and arrives today as infrared light. Webb is designed to “see” this infrared light with unprecedented resolution and sensitivity,” NASA said, explaining how the James Webb Telescope will be helpful in the study of the cosmos.

Hubble Space Telescope, which has helped scientists get unprecedented looks of several planets, the Sun and even nebulae, functions primarily at optical and UV wavelengths. The famous image of the Carina Nebula taken from the Hubble Space Telescope is visible light is vastly different from the image captured by Hubble using the Infrared wavelength. While the image in the visible light largely shows huge interstellar gas clouds, the infrared image shows many more stars that were otherwise not visible. It was this technology of infrared in Hubble that was built upon to make James Webb Telescope.

Highlighting other differences, NASA said that the Webb Telescope has also been fitted with a much bigger mirror than Hubble, giving it a much larger light collecting area. This would allow Webb to look farther back into time than Hubble is capable of. Moreover, while Hubble is in a very close orbit around the Earth, Webb would be 1.5 million kilometres away “at the second Lagrange (L2) point”.

NASA has termed the telescope as its largest and most powerful space science telescope, having an enormous size as well as frigid operating temperatures.

In 12.5 hours of launch, the midcourse correction burn (MCC1a) would take place, and one day after the launch, the release and motion test of the gimbaled antenna assembly will occur. On the second day, another midcourse correct burn – MCC1b – would take place, and on the third day, forward sunshield pallet would be deployed. More individual elements of the telescope would be released and unfolded, like the secondary mirror, over the next few days. If everything goes as planned, it would be on the 13th day of launch that Webb would be considered as fully deployed.

The telescope is set to travel more than one million kilometres away from the Earth post launch, and then undergo half a year of commissioning in space. During this time, it would cool down, align as well as calibrate.