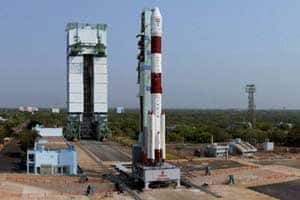 For the first time, under the impetus of ISRO and the French Space Agency (CNES), space agencies of over 60 countries have agreed to engage their satellites, to coordinate their methods and their data to monitor human-induced greenhouse gas emissions. (PTI)

1. Isro’s IRNSS-1G: The Indian Regional Navigation Satellite System comprising seven satellites would be able to provide navigation system with much better accuracy and targeted position. While four satellites would be sufficient to start operations of the IRNSS system, the remaining three would make it “more accurate and efficient”.

3. Isro’s IRNSS-1G: According to ISRO officials total cost of all the seven satellites was Rs 1,420 crore.

4. Isro’s IRNSS-1G: The PSLV-C33, carrying IRNSS-1G, in its 35th flight, would be the XL variant that was used during launch of Mars Orbiter Mission, Chandrayaan-1, ASTROSAT besides the six IRNSS satellites.

6. Isro’s IRNSS-1G: With the operationalisation of six satellites, India has demonstrated the system’s targeted position accuracy which is much better than 20 metres over 24 hours of the day.

More Stories on
ISRO
Next Story
IRNSS: India closer to its own GPS; ISRO’s IRNSS-1G satellite to launch on April 28