A delegation from Bhutan led by Lyonpo Karma Donnen Wangdi, Minister of Information and Communications, was in Sriharikota to witness the launch. 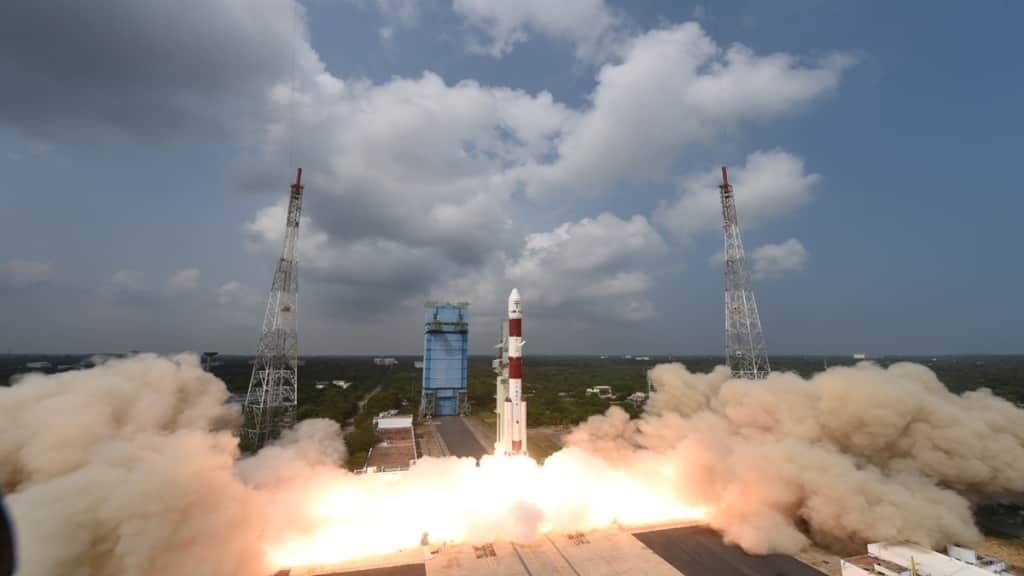 The satellite will provide high resolution images to Bhutan for their natural resources management. (Photo: Twitter/ISRO)

In a major development, ISRO launched nine satellites on Saturday, November 26, by Polar Satellite Launch Vehicle (PSLV). One of the satellites in the launch was jointly developed by India and Bhutan and it was carried by PSLV C54, along with other satellites including India’s Earth Observation Satellite-06 from Sharikota’s Satish Dhawan Space Centre. Shortly after the launch, External Affairs Minister S Jaishankar said India and Bhutan must harness space technology and its applications towards improving the lives of the people.

A delegation from Bhutan led by Lyonpo Karma Donnen Wangdi, Minister of Information and Communications, was in Sriharikota to witness the launch. Apart from this, an 18-member media team from Bhutan also witnessed the launch.

Also Read
In a first, earth’s rarest wildcat discovered on Mount Everest – Here’s all we know about it
International day of forests: Collaborative effort to help save our forests
Wondering why it never snows in Delhi even when the city is colder than many hill stations? Here’s the answer
Spectacular comets of recent times

Earlier, India played an important role in assisting the capacity building of Bhutanese engineers. They were trained at UR Rao Satellite Centre, in Bengaluru, on satellite building and testing as also on processing and analysing satellite data.

The satellite will provide high resolution images to Bhutan for their natural resources management. It may be noted that during PM Narendra Modi’s visit to Bhutan in August 2019, both sides jointly inaugurated the ground earth station of the South Asia Satellite in Thimphu, which was built with the support of ISRO.

Earlier today, the PSLV rocket, which is 44.4 metre tall rocket, lifted off from the space station at 11.56 am after the completion of the 25.30-hour countdown.As per PTI, after reaching orbit in 17 minutes, the Earth Observation Satellite or the Oceansat was separated from the PSLV rocket which was then placed in the orbit.

Scientists will now lower the rocket in order to put other co-passenger satellites into a different orbit. Notably, the EOS-6 satellite is a third-generation satellite of the Oceansat series. It has been designed with an aim to provide continuity services offorceansat-2 spacecraft with enhanced payload specifications along with application areas. It includes Sea Surface Temperature Monitor (SSTM), Ocean Color Monitor (OCM-3), ARGOS – a French payload, and Ku-Band Scatterometer (SCAT-3).