Is nuclear energy an answer to climate change? Everything to know 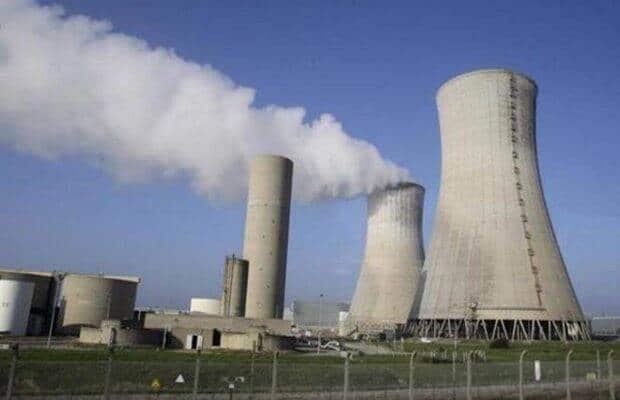 Many studies have been conducted on the carbon dioxide emissions of nuclear power.

Nuclear energy and climate change: For some time now, proponents of nuclear energy have been saying that it can help reduce the reliance of the world on fossil fuels, and as a result, save the environment from the pollution that fossil fuel-based energy causes. A report by DW cited a Global Carbon Project (GCP) study as saying that in 2021, the carbon dioxide emissions are set to soar 4.9% in comparison to 2020. While the emissions in 2020 had dropped down due to the global pandemic and the ensuing lockdowns and the increase in emissions this year was expected, the magnitude is much more than anticipated. The report further said that at a 40% level of contribution, the energy sector remains the biggest contributor when it comes to greenhouse gas emissions.

Meanwhile, proponents of nuclear energy have been equating the use of nuclear energy to climate protection, especially during the time of the recent COP26 summit. However, nuclear power is not a zero-emissions source of energy, the report said, adding that the extraction, transportation as well as processing of uranium lead to production of emissions. Apart from this, the construction of nuclear power plants as well as demolition of those plants that have been decommissioned also lead to emissions. Moreover, the transportation and storage of nuclear waste under strict conditions also cause emissions, the report said.

ENCO, an Austrian consulting firm, prepared a study in 2020 on the role that nuclear power could possibly play in the Netherlands, and it looked at it positively, saying that nuclear energy would be emission free. On the other hand, Scientists for Future presented a paper at COP26 that concluded that nuclear energy would by no means be free of carbon emission. The DW report has pointed out that ENCO could have some vested interest in the matter concerning nuclear energy as it not only works with stakeholders in the nuclear sector on a regular basis, but has also been founded by International Atomic Energy Agency experts.

Many studies have been conducted on the carbon dioxide emissions of nuclear power, and they provide significantly varying figures in terms of the emissions, largely due to some studies taking into account only the process of generation of electricity by nuclear power and others considering the entire life cycle of a power plant. As per an IPCC report of 2014, emissions by nuclear power ranged between 3.7 to 110 grams per kilowatt-hour (kWh).

The assumption for long has been that an average of 66 grams of CO2 is emitted per kWh by nuclear power plants, but many believe that the actual figures are much higher than that. A life cycle study conducted by World Information Service on Energy or WISE based in the Netherlands, found that nuclear power plants cause 117 grams of CO2 emissions per kWh. However, the study may not be entirely reliable due to the fact that WISE in itself is an anti-nuclear group.

However, many studies have found the emissions to be in a similar range.

The report has said that if the whole life cycle of a nuclear power plant is taken into account while calculating the carbon footprint, nuclear energy still proves to be much better than energy generated via fossil fuels. However, it is much more harmful to the environment when compared to renewable energy. This means that if the funding provided for nuclear power plants is redirected towards renewable energy, the result would be much more environmentally friendly, and it would also provide energy faster as well as cheaper as compared to nuclear energy, according to nuclear expert Jan Haverkamp.